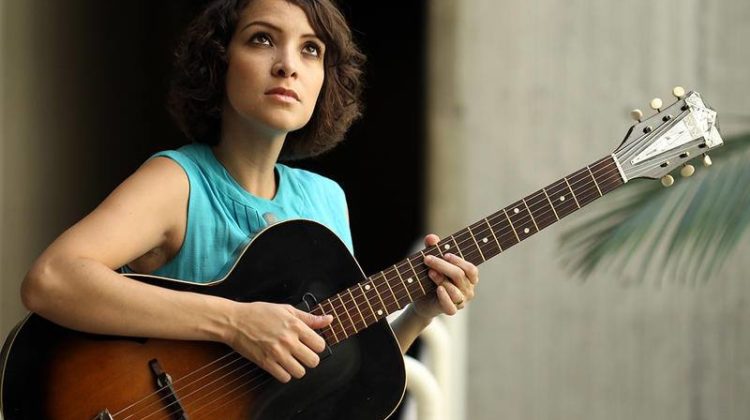 Travel around the world and you’re bound to get inquiries about your place of origin.

How would you answer: San Pedro or Los Angeles?  “Los Angeles” will draw global recognition almost wherever you go. That just goes to show the weight of the cultural and economic capital of our city and port. So much so that only the initials of our city need to be mentioned.

In San Pedro, commerce and culture parallel each other. Cargo containers and people, both foreign and domestic, have made our town a port of entry for immigrants and their cultural contributions, bringing San Pedro economic value and artistic expression. We see it in the annual summer festivals celebrating Cambodian, Filipino and Cajun culture. And we see it in events that explore cultures from the Caribbean and the Central and Southern Americas.

The Pacific Food & Beverage Museum’s ¡TANGOVINO! An Evening of Dance, Music, Food, Wine & Spirits at the Art Deco Building on Pacific Avenue in San Pedro is one example. That occasion will highlight Argentinian food and dance — a perfect combination on a warm August night.

In Southern California, it’s not unusual for a summer calendar to be filled with significant cultural events and back-to-back big name performances. We would be remiss not to note the impact of the Trump administration’s constant rhetorical and political attacks against immigrants and the skyrocketing cost of living here. They have dampened the enthusiasm usually generated by the summer months, making it feel more like a siesta than a time to be living our best life.

The downtown Los Angeles summer concert series at Grand Performances, known for bringing together A-list stars mostly free of charge, now just feature deejay days with a sprinkling of live performance art displays. The July 6 Audacity of Sound is the one saving grace for the Grand Performances this year and comes close to the type of culturally immersive event to which Angelenos have become accustomed. You can find more details below on the July 6 event.

Angelenos are far too eager to demolish their past in pursuit of its future. Journalist and author Morrow Mayo who wrote the influential 1933 book, Los Angeles, said:

Los Angeles, it should be understood, is not a mere city. On the contrary, it is and has been since 1888, a commodity; something to be advertised and sold to the people of the United States like automobiles, cigarettes and mouthwash.

The end result of this commodification of place and identity is the projection of the Angeleno as lacking in cultural and intellectual depth, designed to capture attention for so many minutes or so many seconds before something new happens.

There was a time when San Pedro saw San Francisco, its sister port city in the Bay Area, as a model for its own development before outstripping the northerly port city in cargo volumes and political importance. San Francisco’s Pier 39 reached its peak during the 1930s while San Pedro’s peak was arguably reached by the end of World War II.

In both San Francisco and San Pedro, local bars and cafes were as much at the heart of the community as churches and schools.

In both port towns, artist colonies thrived. In San Pedro, the Los Angeles Harbor Area bohemians lived on the shores of East San Pedro (known today as Terminal Island). In San Francisco, the Beat Generation was shaped by the port and its workers at Lawrence Ferlinghetti’s City Lights Bookstore in North Beach.

Peacetime, containerization and other improvements in goods movement led to a decline in longshore jobs on the waterfront leaving civic leaders to fret over what to do with waterfront infrastructure left behind. San Pedro’s waterfront, anchored by Ports O’ Call Village clung on as a family friendly destination in the region. In San Francisco, a local developer came along with a vision to reboot Pier 39 into a theme park-style community space outfitted with seafood restaurants, souvenir shops and museums.

After opening in 1978, it was hailed as a successful experiment that revived San Francisco’s waterfront into a money-making tourism hub. The Port of Los Angeles and the Los Angeles Waterfront Alliance are trying to accomplish something similar in San Pedro sometime after 2021.

The amenities that will be a part of the Ports O’Call Village’s successor, the San Pedro Public Market, include:

These amenities are in addition to the water cut that serves as the “town square.”

Crafted and Brouwerij West tacked on the end of the waterfront developments will probably see more benefit than San Pedro downtown core.

The San Pedro Public Market has also entered into an exclusive negotiation agreement with Nederlander Concerts Los Angeles to explore the possibility of managing the venue. Nederlander is responsible for bringing acts like Jon Bellion, Weird Al Yankovich; and Coheed and Cambria + Mastodon, George Clinton and Parliament and others  to the Greek Theatre, a venue that seats 5,870,development of a in the coming weeks.

Retail, outdoor space and walking areas and events are a good start. But the San Pedro Public Market still needs an anchor. The San Pedro arts and culture district in its diversity and historical value is poised to provide an enduring draw to this unique waterfront town. 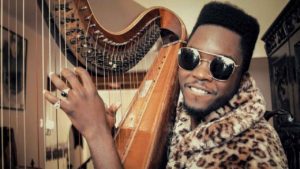 June 29
OUT LOUD
Join the second annual OUT LOUD festival celebrating the artistic and cultural contributions of the greater LGBTQ+ communities. OUT LOUD is thrilled to be presenting this beautiful, dynamic multi-disciplinary showcase of art, poetry, music, dance, and discussion. Following the main theater performance, all are welcome to continue the celebration across the street at The Hangout, where OUT LOUD presents a curated art show featuring more than 20 visual artists. where the performances will continue. Meet the artists and performers, and celebrate queer futures.

Cimafunk at Audacity of Sound ― Cuban-born singer, writer and composer Erik Iglesias, aka Cimafunk steps onto the Grand Performances stage to serve up heaping spoonfuls of heart pounding, sweat inducing global Cubano funk. This young, talented artist and his band are breaking the mold of what most outside of the island have come to expect from Cuban musicians.

The name Cimafunk was created from the word “cimarron: or “renegade” — a word which was given to African slaves who rebelled and fled from the plantations in colonial Cuba

Gaby Moreno at Audacity of Sound ― Guate-malan-born Gaby Moreno and L.A.’s own La Marisoul (of La Santa Cecilia fame) serve up their renditions of classic songs layered with jazz, rumba, rock, soul, cumbia and other western and Pan-Latin music styles.

July 14
Venice Institute of Contemporary Art, Edge to Edge 2
As a continuation of our study of the effect of innumerable geographical, political, ideological and physical borders on various peoples, VICA presents Edge to Edge 2, a survey of art happening now in Mexico and Southern California. Curated by Juri Koll of ViCA and Pablo Llana from Mexico.
In order to effect a true conversation, works have been chosen without regard to theme or representation of borders per se. Some may comment on it peripherally, perhaps, but that is not the theme of this exhibition. Open conversation requires respect, honesty and due consideration in order to achieve benefit. That’s partly what this exhibition is about. Plans are to travel the exhibition to Mexico following its premiere in the U.S..
Locals Night: Thursday, August 1 from 6 to 9 p.m. during the San Pedro First Thursdays
Artist’s reception: July 14
Time: Sundays, 12 to 3 p.m. July 14 and 11 a.m. to 2 p.m. July 21 and July 28
Details: 310-957-7037; www.veniceica.org
Venue: VICA, Loft Gallery,  401 S. Mesa St., San Pedro

August 17
¡TANGOVINO!
An Evening of Dance,  Music, Food, Wine & Spirits
In 2018, Pacific Food & Beverage Museum LA opened its doors. Since then, PacFAB has built a loyal and growing following that relies on PacFAB for a steady diet of delicious, enlightening, and entertaining food and drink exhibits and culinary programming. On Aug. 17, join us in celebrating the first anniversary of our opening with an evening of Argentine food from some of the city’s best Argentine chefs, live music by Los Angeles del Tango, tango demonstrations and lessons courtesy Tango San Pedro and Silvia Askenazi, California wines from Napa Valley’s Highlands Winery and Glenn Caster, plus spirits and more.

Cambodia Town Film Festival is a four-day film forum that will introduce new studio and independent features, documentaries, foreign features, short films, animated shorts and re-released classics. The programs will include a variety of special events and panel discussions featuring directors, producers, writers and actors. CTFF will provide a creative forum for emerging filmmakers. CTFF offers the opportunity for student early-career filmmakers, and seasoned filmmakers to showcase their talents and gain exposure.

The festival aims to showcase an international selection of narrative features, documentaries, short films, student films, and animated films from not just Cambodia, but from around the world, bringing stories to Cambodia Town in Long Beach, California.