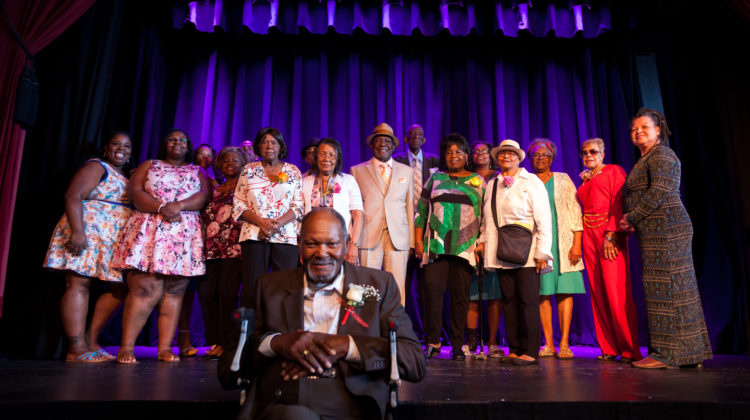 San Pedro Committee holding its own as it celebrates Juneteenth

The San Pedro Committee President Denise Corbett is hoping to keep the social group’s annual Juneteenth picnic a celebratory event. But Corbett and the committee has had to deal with overcoming some challenges and headwinds in making that happen. 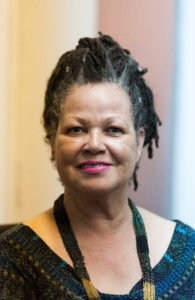 For one, Corbett was told by the city’s parks and recreation department there would no extra portable toilets allotted for the special occasion. Corbett also admitted that the group was informed that no vendors would be allowed to set up shop and sell merchandise or food to those attending the picnic.

In some ways, Corbett as well as Joe Gatlin, a former president of the San Pedro Committee, feels somewhat disrespected by the city and its officials. That’s because the 2019 San Pedro Committee’s Juneteenth Celebration is not being supported in hardly any capacity by the City of Los Angeles.

Adding insult to injury, Corbett and the committee has been given a do’s and don’t’s list by the city as it prepares for its annual celebration picnic at Peck Park on Saturday, June 15. But the first-year president won’t let hiccups and obstacles deter her from making the 2019 San Pedro Committee’s Juneteenth Celebration a successful event.

The San Pedro Committee is in its 39th year. The committee came to fruition when four ladies discussed and came up with the idea in the spring of 1980 to bring friends together on special occasions. The committee, according to one of the founders, held its first picnic in June 1980. The picnic vacuum has been rolling ever since.

Corbett took over the helm of the committee at the beginning of the year, so she is navigating the waters when it comes to keeping up the tradition of the group, and also create a new wave of enticement for others to be part of the committee. One way she is working towards that end is making the Juneteenth celebration a more inclusive event, not just for black folks, she said.

“We’re hoping to get the community more involved and what we’re trying to do is bring the committee together of all nationalities, not just the African American people, and just help out the community the best that we can,” Corbett said. “The majority of our committee members, they want to continue to be a social club and then some members want to be community activists. I’m trying to have a balance there.”

Part of the do-not-do list includes the playing of amplified music, among other things. This is a sticking point for Gatlin, founder/vice president of the NAACP San Pedro/Wilmington branch. Well, let’s back up for a minute. Gatlin, as well as Corbett as well as committee members take issue with how their social group has been treated by city officials. Corbett prefers to stay out of the political fray.

Gatlin, on the hand, is not the kind to hold his peace when it comes to the blanket disregard for the San Pedro Committee.

Part of this “disrespect” is how the city began charging the San Pedro Committee more than the nominal fee of $500 to rent space out for their special event. According to Gatlin, not only did the city started to go above and beyond the $500 permit charge, the fee increased to as much as $3,400 at one point.

It wasn’t until he contacted Los Angeles County Board of Supervisors District 4 representative Janice Hahn that the matter was handled.  Eventually, the over-the-top fee was returned back to the regular $500 charge, Gatlin said. But this is part of a larger problem that Gatlin feels that the San Pedro Committee has dealt with in recent years.

“Right now, our deal…and it goes back to Janice Hahn, God bless her, is $500,” Gatlin said. “That $500 isn’t for the picnic area, but for the extra maintenance people that have to come up because some years we had thousands show up who had nothing to do with our picnic and they came when it got dark for the fireworks. “This is special to us,” said Gatlin. “This is the one day that we get to say that we’re proud of. This isn’t the Fourth of July for the whole country. This is our Fourth of July.”

Once a booming and thriving social event, the annual San Pedro Committee’s Juneteenth Celebration has been reduced to little more than an event few care to attend. Corbett says she is hopeful as many as a couple hundred people will show up. According to Corbett, the San Pedro Committee’s Juneteenth Celebration has seen days where it would be no surprise if more than a thousand people attended. But that’s the past. 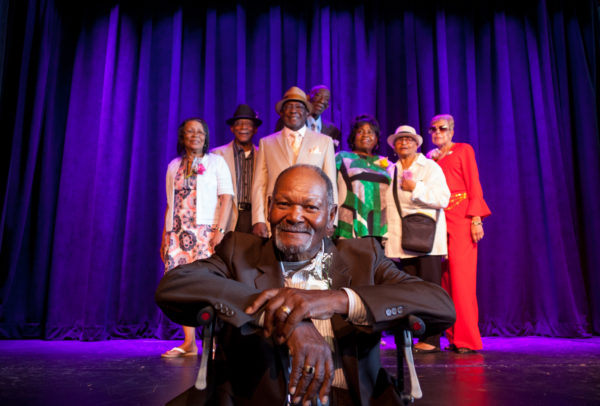 Members of the San Pedro Committee at a Juneteenth fundraiser in March 2019. Photo by Steven Guzman

In comparison, with the city throwing its weight and effort around the San Pedro LGBTQ pride festival, the event is estimated to draw thousands in attendance on the same day that the San Pedro Committee is holding its picnic.

“In the past, city officials have been backing us up,” Corbett said. “Somehow, they just lost interest in it, and so it is not as big as it used to be. We’re trying to get that back with the longshoremen and the different churches…it’s important for the African American people to have that…Independence Day for them.”