From War to Lowrider 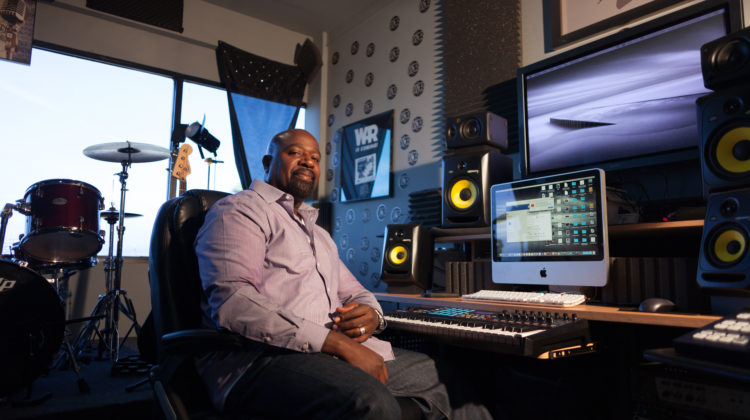 From War to Lowrider

The Scotts offers a lesson in the changing nature of fatherhood

“I was raised primarily by my mother,” said Howard Scott Jr., who’s called “Scotty” by most people who know him best. “My father was a rolling stone. He basically assisted us financially. My mother was my primary care provider.”

Scotty is the founder of the City Lights Gateway Foundation, the CEO of Arch1 Entertainment — a multimedia artist development company — and the son and namesake of Howard Scott Sr., known by millions worldwide as a founding member of the multiracial, multiple-genre (rock, jazz, Latin, rhythm-and-blues, reggae) funk band, War.

Scotty was speaking from a place of reflection.

Scotty said he didn’t understand why his father was away so often — at least, not until he grew older.

“If you don’t have a man around, you’re likely to pick up the traits that women have,”  he explained. “Because my father wasn’t around, there were a lot of things I reacted to differently than if I would have had a male role model around. My father was strong, disciplined and committed. That was all great. He was a military man. What he accomplished musically was above and beyond. But being there is totally different.”

Scotty has two grown children of his own, and from the outset of his parenthood he aimed to be the constant presence in their lives that his father wasn’t able to be in his. But it wasn’t only a matter of being there for his children — it was what he brought with him, the lessons he tried to pass along by how he lived.

“It’s O.K. to be affectionate,” Scotty said, itemizing a few of them. “How you should be slow to anger, how to reason out a situation, how to be a good listener.”

Scotty was born in 1965, and was raised by his mother in Harbor City. His paternal aunt lived across the street.

Howard Scott Sr., who we’re going to call “Senior,” isn’t the villain of this story. He didn’t choose his career over his family. He was directing his energy to provide for the material security of his family through a career that allowed him to provide that security. He met the expectations of fatherhood at that time. 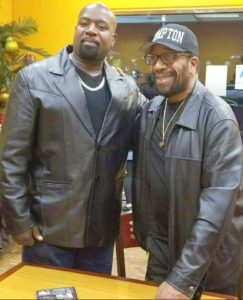 But the 1960s was a pivotal time for the United States and certainly for the Scott family. In one year, Senior graduated from high school, was drafted into the Army, was sent to fight in Southeast Asia and became a father. And his dramatic personal path careened through the context of a larger world dizzied by the Watts Rebellion, the assassination of civil rights leaders and a state crackdown on the Black Panther party. Senior wanted his son to do better and be better than him.

“When I was able, I sent him to a private school,” Senior said.

“One of these days when he comes up, he has to have the tools he needs to grow up in this society, to be the man I wanted him to be — that he is today.”

For a period of time, Scotty stayed with his father. Senior was on the road frequently, but not always, and Scotty has warm memories of the times — the quality time — they enjoyed. He remembers being told, and told often, that he didn’t have to follow in his father’s footsteps.

“I taught him to be the best he can be and be an honorable man,” Senior said. “If he wanted something, all he had to do was work hard.”

It is said that serendipity is the gift of finding things we didn’t know we were looking for. Fatherhood at a Juneteenth celebration and Father’s Day is probably coincidental with both days falling on a date between June 13 and June 19 on a weekend.

Officially,  Juneteenth is the oldest known celebration commemorating the ending of slavery in the United States. Juneteenth in San Pedro is more or less a black family reunion over barbecue at Peck Park — except these families are specific to San Pedro and their families came by way of places like Louisiana and Texas during World War II and lived in the workforce housing that existed in San Pedro before being torn down one by one. The exception, of course, is Rancho San Pedro and Harbor Hills public housing.

Senior grew up at a time and in a household of deeply entrenched gender roles. Masculinity was almost completely defined by the kind of material security a man was able to provide. But the trauma suffered by Americans living through the 1960s and early ‘70s required different answers.

“I was probably five or six years old when my parents moved from San Pedro to Compton,” Senior said. “We lived in the projects in San Pedro. When we got the chance to start “movin’ on up” my parents took that chance and moved us to Compton.”

“I was young back then, but what I do remember was the unity I saw there. It was just a community of people who came from the South for a better life. It was just a great place to grow up.”

“He wanted me to be better than him,” Senior said. “My dad was proud of me just like I am proud of my son. My father was 45 years old when I was born.”

Senior said he didn’t experience stress from being away from his family while he was on the road. Providing materially for the family was his prime directive as a father.

The Scott family is originally from Texarkana, Texas — right on the Texas-Arkansas border. The family moved to San Pedro during World War II, drawn by war time jobs and the canneries. Senior’s father was a crane operator and his mother worked at Starkist on Terminal Island.

The family moved out of workforce housing as soon as possible. Their destination: Compton, where they purchased a house for $9,500. This was before Unruh’s Civil Rights Act outlawed discrimination in housing accommodations and retail establishments, among other civic areas of life in 1959.

Senior recalled a childhood fantasy, dreaming of playing guitar as well as his father playing the blues.

“I was never the guitar player he was because he could play that country boy guitar like a Lightnin Hopkins and those guys,” Senior said. “I had wanted to play more modern guitar.”

Senior said he acquired his playing style in Harbor City. His cousin, Jack Nelson from San Antonio, Texas came into town with his Gibson guitar and taught him and his brother-in-law how to play guitar and bass guitar.

In the end it was music that offered the pathway to understanding between Senior and Scotty.

“When you listen to Cisco Kid, Lowrider and you hear a kind of Latino soulful sound, it’s all derived from him growing up in San Pedro and playing music in Wilmington and Harbor City with Hispanics, then of course moving to Compton,” Scotty said. “A lot of people don’t realize that whole genre of music was influenced by this whole Harbor Area.”

That was like the real big deal for musicians back in the days. That time was so important then. The climate and the way people were. You have to figure that these children were 15, 16, 17 years running in and out of these establishments. This is War’s area.

During the late 1980s and early 1990s, Scotty began to study music history to be able to better identify the music heavily sampled by hip-hop artists, especially as the artist began raking accolades, millions of dollars and value to heavily sampled songs like Senior’s catalog of music.

“I remember when Napster came out during that time,” Scotty said. “War’s music is worth more today than it was when it first came out. I started to wonder, if dad’s catalog is worth more now and you have all of these top hip-hop artists— Tu Pac, Dr. Dre, Snoop Dog, Ice Cube, especially those West Coast guys — and of course, P Diddy and all them guys on the East Coast and Janet Jackson, Michael Jackson were all sampling War’s music. It gave me a sense of pride to know that my father was the source of this penmanship. A lot of these artists don’t even know the history of the music they’re sampling.”