Queer Pride and Allies to Cele... 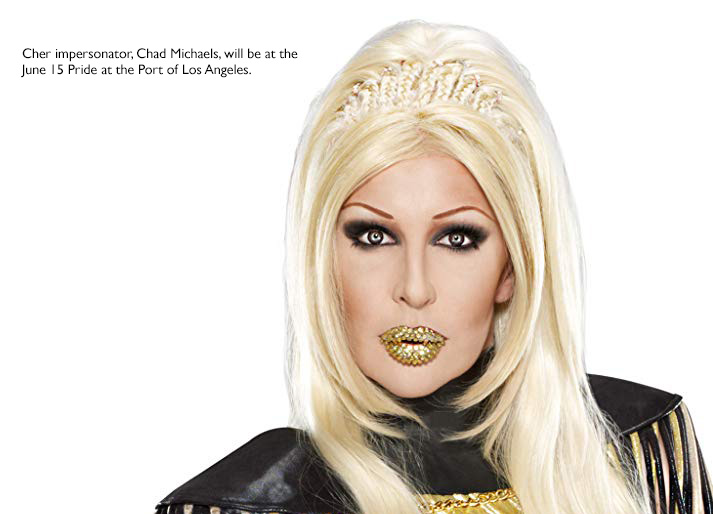 Queer Pride and Allies to Celebrate Community and Solidarity

Anyone attending the Pride at the Port of Los Angeles Festival on June 15 will find themselves living their best life dancing with Cher impersonator, Chad Michaels, to the liveliest music pumped out by the Southland’s top DJs. Just remember that this inaugural San Pedro Pride Festival was never a call for civility or even a call for acceptance for the LGBTQ community in this Port town. It was a call for solidarity against hate.

The Pride Festival is set to take place one year after the press conference where community leaders and Councilman Joe Buscaino stood in solidarity with Ryan Gierach, a gay Air Force veteran and former WeHo News publisher, who allegedly endured months of homophobic harassment and was physically assaulted by his neighbors.

At the time, Gierach said the abuse from his neighbors began as soon as he moved in two years prior.

“When I came here my neighbors directly across from me began calling me names — all of them revolving around gay epithets,” he said.

The harassment escalated when he hung a rainbow flag in front of his house for Pride Month. His neighbors slung anti-gay remarks and actual garbage at him, he recounted at the time.

He captured the episode on video, in which two women and a child are seen mocking him and one woman spits at him. In the video, one woman taunts him through his screen door, jeering at him before spitting on Gierach through the door.

Gierach told a television news outlet that before this, fliers were posted around the neighborhood that listed his home address and accused him of pedophilia.

When word of this initially got out, civic leaders Aiden Garcia-Sheffield, Allyson Vought, Leslie Jones and Mona Sutton offered Gierach their support — this is significant given that the four had just ended their stint as officers at the Central San Pedro Neighborhood Council.

At least one of his neighbors has said Gierach’s account isn’t all that it seems. That person painted Geriach as a bad neighbor at both his previous West Hollywood home and San Pedro.

At first glance, choosing the USS Iowa as the venue for the festival would seem odd. When asked about how the nonprofit chose the venue, Garcia-Sheffield told Random Lengths News, “We had originally planned on the Harbor Cut but were told it would be under construction at the time of our festival.”

No one could have known that the Los Angeles Maritime Museum would have been given a two month renovation reprieve when a venue for the festival was first sought.

“This year, there will be no live bands,” Garcia-Sheffield explained, “It’s our first year and we want to be successful. Unfortunately, the complexities of live band sound requirements were placed on next year’s goal list.”

“Well we certainly gave priority to those who are generously giving their time,” said Garcia-Sheffield when asked about the process of choosing performers.

Garcia-Sheffield admitted that those who participate actively in the LGBT+ community and who are generously giving their time (i.e. performing damn near free) were made a priority. With those two thoughts in mind, he said they had more entertainment than they could fit into one day.

Chad Michaels will be performing in the VIP area aboard The USS Battleship Iowa. “All but two of our entertainers donated their time to the festival, including DJs,” Garcia-Sheffield said.

Ticket purchase to the ferry includes entry into the main festival and light food on board, provided by Hamburger Mary’s. The cruise includes views of the Long Beach and Los Angeles ports and will be hosted by Master of Ceremonies Jewels Long Beach. Passengers may also expect DJ Shane to perform, a dance floor and drinks.