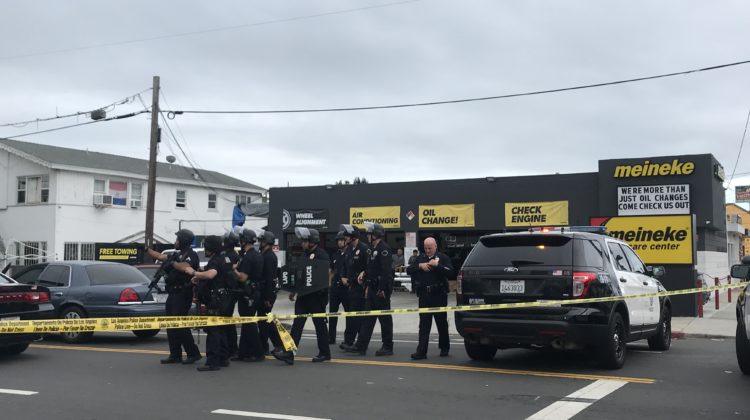 SAN PEDRO — A stray bullet grazed a man’s face at about 7:35 a.m. May 10 on the 400 block of 14th Street, officials from the Los Angeles Police Department’s Harbor Division said.

The man, who has not been identified, was taken to a local hospital. Officials are said they believe the incident is gang-related. Gang tagging in recent weeks seems to signal a turf dispute in the neighborhood.

Area resident Allan Bravo said he woke up to gunshots when he saw two cars crash outside his building. Bravo’s nephews were outside. He quickly brought his children and the three children of a woman nearby and took them to his home for safety.

“I’ve been living here … pretty much my whole life and I’ve never seen anything crazy like this,” Bravo said.

Several attempts were made to contact the LAPD Harbor Division’s watch commander for further information about the suspect, but the watch commander did not comment twice on the incident, sent the call to voicemail once and placed the calls on hold for an extended period twice.