Saving Jobs By Destroying Them... 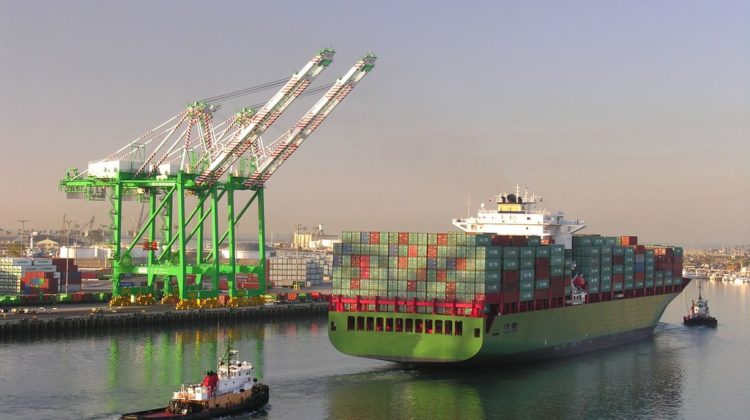 Saving Jobs By Destroying Them?

As the Port of LA Board of Harbor Commissioners postponed voting on the automation permit requested by APM Terminals  on April 16, the Pacific Maritime Association released a report aimed at standing reality on its head: automation will preserve jobs, not destroy them, the report argued. Its title —”Sustaining the San Pedro Bay Community Ports of Los Angeles & Long Beach”— added insult to injury, attempting to steal the mantle of “sustainability” that local activists have long advanced as a cornerstone of their criticism of port operations, and that Harbor Commissioner Diane Middleton underscored in recent comments about broadening the definition of environmental impacts to include the human social impacts.

Automation of Pier 400 longshore positions will not automatically mean a reduction of work, as the ILWU dispatch hall will enable them to be reassigned to non-automated terminals and not all will automate their terminals.

It’s an astonishing contradiction at the very heart of the report’s argument, so Random Lengths News turned to UCLA law professor Scott Cummings, author of Blue and Green: The Drive for Justice at America’s Port, for analysis. “I agree with that characterization,” Cummings said of the contradiction.  “It’s a potential race to the bottom scenario, particularly now with the Panama Canal as a route to different ports.

“It seems like to me a huge leap of faith to believe that other ports won’t respond in kind,which would, if they did, ultimately result in the elimination of a lot of jobs and the decimation of the union, of the ILWU.”

In a footnote, the report cites a statement by Sal Ferrigno, vice president of SSA Marine in Southern California, in a Journal of Commerce article: “SSA is not prepared to invest in automation, with 20 years required for a return on investment.” But APM’s automation could easily change that calculus, and the report doesn’t even consider that kind of question.

Rather, the report presents a highly distorted picture of the situation, highlighted by the claim that “The economic value of these port complexes for the Los Angeles Metropolitan Statistical Area (MSA) represent 31.4 percent of the $1.0 trillion dollars of Gross Metropolitan Product (GMP) projected for 2019…”

This figure — making it seem like the whole region is in dire economic peril—is wildly out of synch with other analysts, as well as the rest of the sentence: “and a total of 179,108 direct, indirect and induced jobs.”  There are roughly 6.2 million jobs in the LA MSA, according to the Federal Reserve, so that’s less than 1 in 34 jobs, 2.9 percent, accounting for 31.4 percent of the economy?

A 2017 report, “Goods on the Move!” from the Los Angeles Economic Development Corporation, provides a more credible picture of the role of goods movement in the regional economy (including the Inland Empire):  “The industry cluster contributed $135 billion in value-added, accounting for 13.1 percent of the regional gross product.”

A much smaller job figure — “nearly 68,253”— involved “discretionary cargo movement” that could go through other ports in 2018, according to PMA’s own report. That’s 1.1 percent of metro-area jobs, and, proportionally, 4.5 percent of the regional gross product.

There’s no doubt that these jobs are important — especially here in the Harbor Area, where they are most concentrated. But regional panic over losing them—which the PMA report tries to stoke with its 31.4 percent figure—is clearly manufactured in order to cloud and disorient public judgment. And to shift attention away from jobs actually and immediately at stake at Pier 400. For the port complex and industry as a whole, any losses would be spread over many years, so it’s vital not to panic, but to think things through much more carefully than PMA’s report would have us do.

“As a matter of historical context, automation and the potential impact on labor has long been a source of conflict between the ports and the ILWU,” Cummings said.  “Roughly 25 to 30 years ago, there was a big conflict over the use of cranes,” he recalled. “The terminal operators cried that the sky was going to fall if cranes weren’t inserted, and lots of jobs were proposed to be eliminated.”

However, after a struggle, “What ended up happening was the deal was struck, where obviously cranes have come in and been a central part of efficiency at the ports,” Cummings said. “But they also did so in such a way that allowed for the preservation of a lot of the essential longshoreman jobs, and then reallocation of jobs in other parts of the system, that have again allowed for some balance between automation and live personnel,” he pointed out. “So I think that’s an important precedent just to think about and recall when we’re at a moment when automation is being presented as a solution.”

In the present case, “One of the significant focuses of the cost analysis on the LA/Long Beach side was compliance with environmental mandates, particularly the Clean Air Action Plan,” Cummings noted.  In turn “that suggested that there needs to be reductions in other places,” but it ignored the prospect that other ports will ultimately “have to make similar kinds of changes in order to promote environmental compliance.”

Ultimately, he said, “We want to be pushing up, toward equalizing standards across the board, as opposed to driving them down by shifting, or potentially threatening to shift away from one port to the next.”

That’s not the only blindspot in the report, Cummings noted.

“One of the gaps of analysis is just focusing on automation as a kind of cure-all solution in ways that don’t take into consideration other kinds of alternatives,” he said, “including thinking about the way that resources are allocated within these big global logistics firms that pay executives a lot of money, and issue a lot of dividends to their shareholders.”

There’s also the question of just how much loss of market share is due to the widening of the Panama Canal, and related investments in East Coast and Gulf ports. New ships too large for widened canal have already become part of the mix, and will increasingly tip the balance back toward POLA and POLB. But there’s no analysis on that front, either.

And, of course, automation isn’t everything it’s cracked up to be. A McKinsey & Company report from late last year—widely cited by longshore leaders and members in recent meetings—found that “productivity actually falls, by 7 to 15 percent.”

Failure to live up to industry expectations could then be used as yet another justification for further cutting labor costs—yet another way of driving an ongoing race to the bottom.

All of this means that a much more nuanced, more thoughtful, and more comprehensive approach is needed, as talks convened by Mayor Eric Garcetti continue. A rush to judgment, based on faulty data and slanted analysis, is the last thing anyone needs.