In Pursuit of an Agro-Industri... 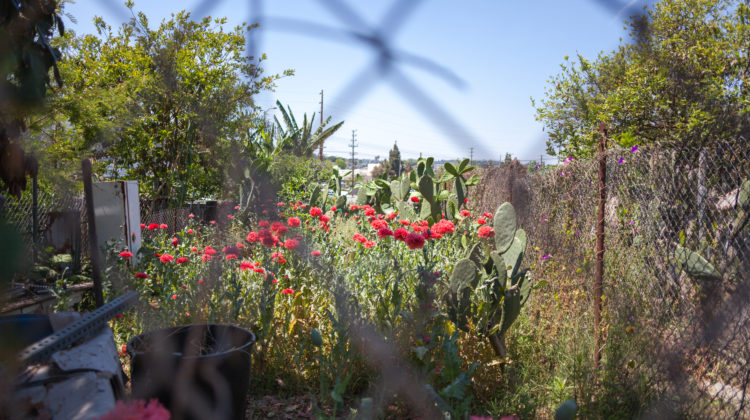 In Pursuit of an Agro-Industrial Model City

I was at the Gaffey Street Gardeners organizing meeting with several of my students on April 25. It was frustrating to hear about Councilman Joe Buscaino’s office, but not surprising. There is a pattern here that needs to be addressed: Insane Land Use policies.

The only thing that is going to get us out of the social/climatic/ economic crisis we are in is a redistribution of land from urban/industrial to an agro-industrial (at best) model. As one farmer at the San Pedro Gardens put it simply to me: “Mas vegetacion.”

“Greening” the city means nothing less than, literally, greening the city. Land must be turned over to “mas vegetacion.” It can bring jobs, it can capture CO2 and pollution, and it can help people in a myriad of ways.

A few ideas that were mentioned at the meeting that I think should be highlighted:

An idea that the farmers themselves help with the labor required to re-plumb the land. Government should literally work with people, not shove them aside and take over-especially a space they do not appreciate nor understand. “Union contract work” is bogus in this way, sorry, and is not the future.  All workers are workers. We should be “united” as such. My take on it, I know it’s controversial.

Supervisor Janice Hahn’s office should be notified and asked to be involved. The recently-released County Sustainability Plan is being commented on around the County. Our District’s comment meeting is May 28 in Wilmington, although she should be contacted now.

LA’s Office of Sustainability should be contacted. This move is at odds with their office, a wedge should be started, or if not, the hypocrisy be publicized.

The very visible folks who tried to save the South Central Farm in 2005-2006 should be notified. They will be livid, and I believe, want to help. Martin Sheen, in particular, just lost a dear friend, Blase Bonpane, who worked with and for the Latin American community all his life. Farmers. And towards the end of his life he became particularly interested in urban gardening in LA. The abuse of “farmers” is a deep issue with the Latin American community.

Of course, Joe is speaking out of both sides of his mouth. He touts his “old country” credentials, growing and canning food a la Italiano … yet, of course, doesn’t get it. His hypocrisy on this should be exposed as traitorous to his roots. “What would an Italian do?”

Lastly, and vital for this: We need a water engineer      on our side. The nuts and bolts of this is crucial. If not, the city can treat this as a “you have no idea of the scope of the work” issue. And they would be right, actually. We need an actual, boots on the ground, counter-plan. How could the garden remain open and the work be done in sections? How could the farmers help with the labor? How could the (legitimate) water usage concerns be addressed and the farmers encouraged/trained to be more water-wise?

The coordinator at the 6th Street garden, Peter O’Brien, who is an architect by trade, said he would look into that and saw the importance of having the engineering/architectural  expertise on our side. I am looking into it, too.

It’s not just fossil fuel industry that needs a “just transition.” We need to transition our land use politics. Even, and perhaps especially in highly industrial areas. We need an Agro-Industrial model. Imagine the amazing, inspiring, socially and environmentally-beneficial work that that entails. When I ran for state assembly as a Green Party member, my No.1 campaign issue was land reform. “Greening a city” literally means greening a city.