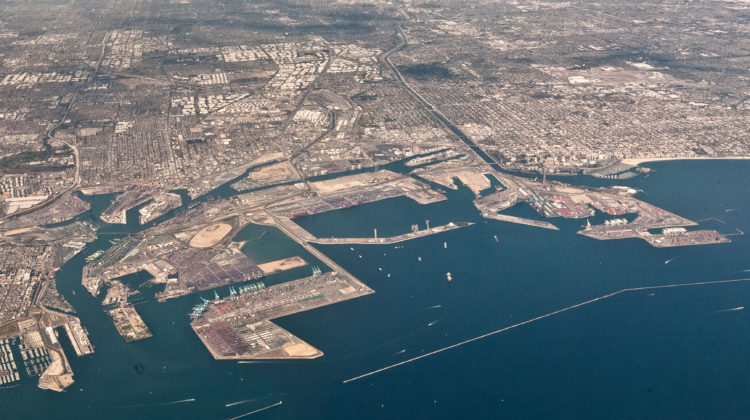 The order directs the secretaries of the California Natural Resources Agency, California Environmental Protection Agency and the California Department of Food and Agriculture to identify and assess complementary actions to ensure safe and resilient water supplies, flood protection and healthy waterways for the state’s communities, economy and environment.

The agencies will seek input over the coming weeks and months through listening sessions, information workshops and public meetings to help inform the water resilience portfolio that will be recommended to the governor.

San Pedro — The public is invited to comment on a draft assessment of new cargo-handling equipment technology that will help the ports of Long Beach and Los Angeles reduce air pollution and reach the ambitious zero-emissions goals set by the Clean Air Action Plan or CAAP.

Comments will be accepted through May 31, and can be emailed to caap@cleanairactionplan.org.

LONG BEACH — A 17-year-old male was arrested by the Long Beach Police Department for suspicion of sexually assaulting two girls, ages 17 and 16, at his residence on the 3700 block of Lime Avenue Officials say there may be more victims.

The suspect allegedly met the victims at Wilson High School. During the last few years he would bring them to his home, drug them and sexually assault them. He would then use a rideshare app to transport the victims to their homes.

Hahn Welcomes President of the County Assembly of Dalmatia

Sapunar is here to celebrate the 30th anniversary of Splitska Noc, with Croatian-American communities and the Croatian Heritage Foundation, which organized Sapunar’s visit to San Pedro.

The main event of Splitska Noc takes place in the Sister City of Los Angeles, Split and is celebrated throughout the world.

LONG BEACH — On  April 23, the Long Beach City Council voted unanimously to name its meeting room in the new city hall after former mayor, Bob Foster. Foster provided the early impetus for the new civic center which will open this summer.

Long Beach Ranked One of Worst in Nation for Particle Pollution

LONG BEACH — The State of the Air report for 2015 to 2017 ranked Long Beach the worst in the nation for ozone pollution and fifth worst for annual particle pollution, in which it increased in reports this year. Officials say that Long Beach has had the hottest years on record just in the three years covered.

According to the reports, unhealthy ozone and particle pollution levels estimated at 43.3 percent, 141.1 million exposed to unhealthy air, which was an increase of 133.9 million as of last year’s report and 125 million from 2017.

Speed Humps for Your Neighborhood

Concerned about vehicle speeds in your neighborhood? LADOT will begin accepting requests for speed humps, which are designed to reduce vehicle speeds on residential and collector streets that have a single lane of travel in each direction.

Approved applications go to a neighborhood petition then  to review by the department.

For specific information on the application process, please visit the speed hump request page at, https://ladot.lacity.org/how-do-i/request-speed-humps

Applications open at 8 a.m. on May 1, and may reach full capacity within that same morning.

The proposed budget bolster’s the city’s fiscal foundation: For the first time since the recession, reserves exceed 8 percent. The Reserve Fund is increased to $399 million, and includes a Budget Stabilization Fund of $110.9 million and an Unappropriated Balance of $20 million.

The proposed budget calls for a record $940 million to improve and update the city’s infrastructure — $140 million more than the previous year. Also included is $348 million for street repairs and maintenance, and $117 million for Vision Zero and traffic and pedestrian safety projects. It allocates funding to advance the Mayor’s sustainability goals with $38 million in Measure W funds going toward clean water infrastructure, and $3 million for the city’s Cool Pavement Program and investments in tree planting.

The proposed budget includes the city’s largest-ever investment to end the homelessness crisis — with $457 million in permanent housing, temporary shelter, services, and facilities to help homeless Angelenos transition off the streets. The budget anticipates spending $36 million in Homeless Emergency Aid Program funds that the city received, from the state last year. As part of funding from the Prop. HHH initiative, $281 million will go toward 27 new permanent supportive housing and affordable housing projects providing more than 2,126 units.