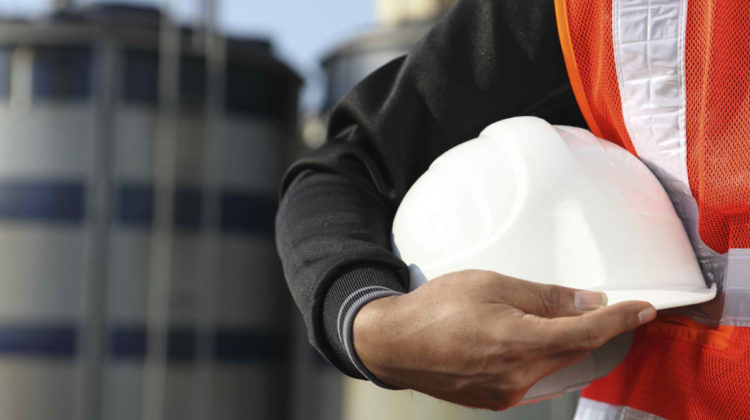 As the Port of Los Angeles moves toward finding a replacement for NFI, after its lease renewal was cancelled by the Los Angeles City Council for labor law violations, port truck drivers, warehouse workers, Teamster representatives and community allies have continued to bring pressure to ensure that any successor company, selected through the port’s request for proposals process, abides by law.

“As a port, truck driver, at Cal Cartage Express, the progress with the RFP process at NFI warehouse in Wilmington is very important for us,” Gustavo Villa told the Harbor Commission on April 4, during public comments. “Make sure that whichever company moves in, will be good for the workers and our community. We need to work together to make sure that these lawbreakers stay out of the port.”

“We are closely watching the RFP process, and welcome the opportunity for a new company to conduct business at the warehouse,  especially a company that will treat his workers with respect and abide by the law,” said Teamster Local 848 Vice President Louie Diaz.

“The faith community is monitoring the lease decision-making process, as well as the conditions at the warehouse,” said Rev. William Connor, pastor emeritus of St. Joseph Catholic Church in East Long Beach. “The Catholic Church and other mainline Christian churches teach that workers like these have the right to decent working conditions, a living wage and collective bargaining, something that to this day they have never experienced. Our Lord and savior Jesus Christ says in the Gospels, ‘What you do to one of these the least of my brothers and sisters, that you do to me. What you fail to do, you fail to do to me.’”

“As an environmentalist, I believe that we cannot have climate justice without worker justice,” said Sherry Lear, co-organizer of 350 South Bay. “That’s why we stand with the Teamsters on this issue. We ask the port, when they consider new tenants for the warehouse, to select a company that will be not only a good business partner, but a good community partner, and it will treat its workers with respect and dignity.”

“NFI has lost its warehouse, but its lawbreaking continues,” said Jesus Maldonaldo.  “As a driver at Cal Cartridge Express, I drive out to the Mojave Desert … back to port [from Rio Tinto’s mines in Boron]. I’ve been misclassified as an independent contractor all 10 of the years of being at this company. NFI has stolen my wages for years.”

“We ask that the companies who do business with the port make sure they hear our struggles and take action. TJMaxx, Lowe’s, keep your business at the warehouse under the new company. Rio Tinto, cleanup your supply chain, cut your business ties with Cal Cartage. Our port and our community should not have lawbreakers doing business here.”

On April 10, a delegation of Rio Tinto drivers and Teamster leaders attended the company’s annual general meeting in London, where they pressed the company to uphold its own code of conduct and cut ties with Cal Cartage Express. Chairman Simon Thompson agreed to investigate.

“We came before Rio Tinto’s Board of Directors and shareholders to bring light to the worker exploitation taking place in the company’s supply chain and told them why we believe that Rio Tinto must take swift action against this exploitation,” Villa said, according to a Teamster press release.

“Rio Tinto is not my employer, but they have the power to step in and stop this abuse,” said Maldonado

“The Teamsters are proud to be supporting these men in their fight for justice at America’s largest seaport, and heartened by Chairman Simon Thompson’s willingness to listen to them and take action,” said Fred Potter,  vice president, International Brotherhood of Teamsters and Director of the Teamsters Port Division.