Harbor Community in Danger as ... 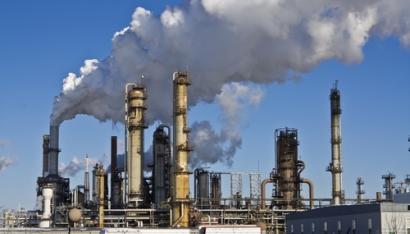 The Chemical Safety Board says the 2015 Torrance refinery explosion nearly caused a “catastrophic” hydrofluoric acid release impacting “hundreds of thousands” of people. Superheated and pressurized in the alky unit, released HF forms a dense vapor that drifts in thick plumes at ground level.   If debris from the explosion had struck a tank mere feet away, 50,000 residents and 22 schools — an area from the west side of the refinery to the beach — could have simmered in a dense HF fog for over an hour.

Five million people are at risk from HF release at the Torrance or Valero, Wilmington refineries.  A 2016 Environmental Protection Agency inspection of Torrance’s alky unit revealed dangerous, sloppy practices, and inadequate management, with HF safety systems unrepaired and non-operational. Yet, four years after Torrance’s near-catastrophe, not one corrective action has been taken.

This wasn’t the South Bay’s first brush with disaster. A 1987 explosion led to a Torrance lawsuit.  An HF release could “cause a disaster of Bhopal-like proportions… extend[ing] to other areas of LA County…hundreds of thousands…could be killed and double that…seriously injured.” (Bhopal, India, is where a gas leak at the Union Carbide India Limited pesticide plant on December 2 to 3, 1984, killed 25,000 people and disabled 50,000 more. It is considered the world’s worst industrial disaster).

In 1991, South Coast Air Quality Management District adopted Rule 1410 to phase out HF. “Engineering measures can… reduce the probability of an accidental release… [but] cannot eliminate the possibility of a major incident… Large, unanticipated disasters… [can] occur at any time,” it stated.

An HF ban in California was averted, however, by promises of a “modified” version of HF that would meet a strict performance standard not to form a vapor cloud upon release. Ever since, industry and government have told LA County residents that modified HF is safe.  But it isn’t; we’ve been hoodwinked.

After the 2015 explosion, investigations into MHF by the SCAQMD, EPA and CSB found that safety claims were  “unproven,” with “no clear basis.” MHF is 99 percent HF by molecule count, and barely different. AQMD expert staff recommended MHF be phased out; a preliminary EPA report declared MHF mitigation credit impermissible. The US Department of Labor sued ExxonMobil for “proprietary” MHF documents. AQMD resurrected Proposed Rule 1410.

Three affordable alternatives exist; MHF replacement will have much less impact on gas prices than the 2015 explosion shutdown. Yet industry may triumph again.  PR 1410 shows signs of morphing into a memorandum of understanding allowing continued HF use.

Significant organized public support for HF replacement could counter the power of organized wealth, despite the press blackout, refinery threats to shut down, and MHF misinformation campaigns. Residents have a limited window of a few months to salvage PR 1410 and gain a Rule mandating an expeditious MHF phase out, as staff recommended in 2017.

Organizations, including Ban Toxic MHF, Communities for a Better Environment, the Sierra Club, the Torrance Refinery Action Alliance, National Resources Defense Council, and EDF plan a Public Forum on MHF in the week following Earth Day. Learn what you can do to put safety before profits!

Sally Hayati was a former department director at Aerospace Corp., software programmer at JPL and a graduate from USC Engineering School.