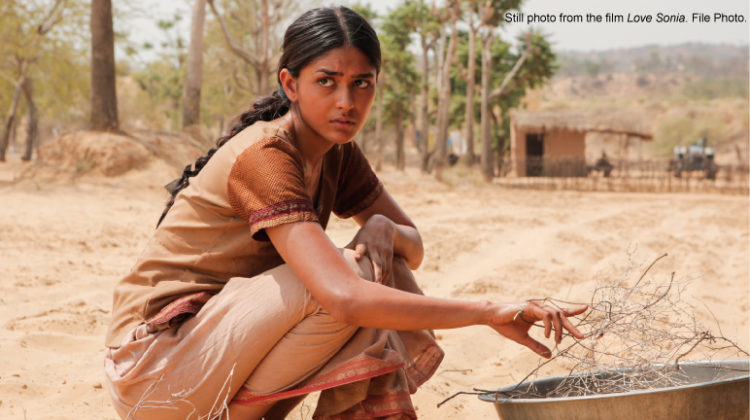 A  film and art festival that explores human trafficking will premiere March 29 and 30 at the Warner Grand Theatre. Called the See It, End It! Human Trafficking Film and Arts Festival, the two-day event is intended to be an educational, preventative and awareness-building event.

Opening night features the critically acclaimed Skin in the Game, which follows a former prostitute’s quest to find her 15-year-old daughter, Dani, who was abducted off a  suburban American sidewalk and entrapped by the human trafficking world.

The second day of the festival will feature Unbridled and Love, Sonia, a talk led by comedian Marti MacGibbon and a number of short films including Modern Slave.

Unbridled tells the true story of trafficking survivors healing as they care for abused horses.

The festival is the site of the North American premiere of Love, Sonia, a film that follows the path of a trafficked child from India to Hong Kong to Los Angeles where she finds freedom with the help of the Los Angeles-based Coalition to Abolish Slavery and Human Trafficking.

The award-winning short film,  Modern Slave,  is one of 10 short films that will be featured Saturday. It delves into the hooks that keep  exploiting trafficking victims.

The festival’s founder, Patrick Erlandson said his fight against human trafficking began when he worked for the United Nation’s Refugee Agency in the 1990s. He recalled reading reports of children in Egypt, Somalia and Sudan escaping war and famine to Israel only to be tricked by people connected to the sale of human organs sold on the black market.

It was the betrayal of children, the most innocent and vulnerable among us that got Erlandson fired up. He noted there are  many similarities and dissimilarities in how victims are trafficked around the world.

“Human trafficking is affecting far too many families to be allowed to continue being seen as the problem of others, that someone else will deal with. Each of us as artists, business people and soccer moms have a part to play in ending this.”