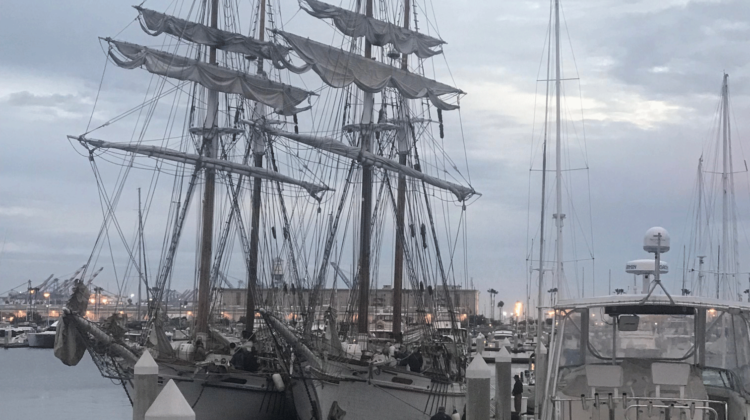 Locally, the LA Maritime Institute with its two brigantines, Exy and Irving Johnson, American Pride, and the under-renovation Swift of Ipswich are affiliated to this organization.

Dozens of workshops were held on issues facing tall ships, including safety, government regulations, recruiting crew, and how to integrate ocean literacy principles in onboard education.  Monday’s workshops included a series sponsored by the USC Sea Grant focusing on educating crew and captains about the seven ocean principles and their correlation to science standards taught in all public schools.