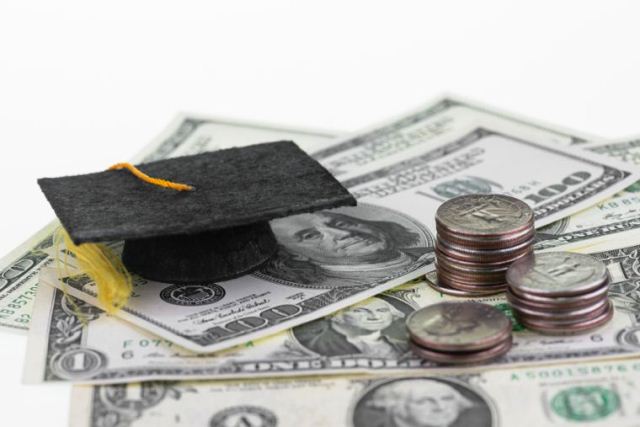 Working people, homeowners, and the unemployed should not be forced to pay more taxes to fund public education.

Anti-union LAUSD superintendent Beutner and the school board, seek to burn the public and penalize teachers for their strike and the broad solidarity they received.  “Okay, you won the strike.  Yes, there was massive community support.  But we don’t care. We’re going to take it out of your paycheck another way rather than tap the profits of the wealthy and corporate giants.”

Knowing that readers of this paper agree that public funding needs to be increased, how should millions be secured to reduce class size, end privatization of public schools and provide increased necessary student social and medical services?  Why don’t we heavily tax billionaires, profits of oil companies, Google, Amazon and other major corporations who have recorded astronomical profits over the past two decades.

However, Los Angeles Times and Daily Breeze editorials, and the political slant of their reporters’ articles, call for “reforms in future pension costs, unaffordable health benefits.” Whenever a politician talks about reforms, grab your wallet because it will soon be thinner.

The big business media perspective is erroneous and reflects who they are beholden to: the wealthy and the politicians of the Democratic (even those “democratic socialists”) and Republican parties. The problem is not inflated teachers’ pensions, nor healthcare benefits. Teachers have been scapegoated for budgetary crises because they have won and held onto some pension and health benefits.  These benefits have been eroded over the past several decades, and with the recent multistate strikes are only beginning to catch up…to regain what teachers and most other workers nationally have lost during the past economic crises.

While small numbers of people have made enormous financial gains at our expense over the past decades, the overwhelming majority of working people’s living standards have remained stagnant, with a similar standard of living and salary equivalent to the early 1970s.  These are not my figures but those of the Wall Street Journal.

All working people should have a pension and free healthcare which the federal and state governments and corporations can afford.  If a small country like Cuba, run by working people and not the wealthy, can have free education, free medical care, adequate retirement and assist people in need world-wide, certainly this country could also. However, it might mean a different type of economic system.

As a longtime union activist, I am with the teachers, who just won successful strikes in Los Angeles, Oakland and Denver, led by the militancy of West Virginia teachers, We know local school boards, city and state and federal governments always have the money.  The question is do we have enough mobilized support from throughout labor and the broader population to win and make them find it?  This has clearly been the case in recent waves of teacher strikes.

However, did 30,000 striking LA teachers foresee the campaign by the same anti-union school board members, all the Democratic and Republican politicians, to now tax teachers and regular working people to pay more for public education? This is on top of new federal tax breaks for the rich while ours increase as deductibles decrease.

Not only is there tens of billions of surplus in the state budget, but there is the option of proposing new taxes on the profits of the wealthy oil corporations, war industries, social media mega companies and the scores of billionaires living in California.

I do hope a broad democratic discussion within the UTLA results in opposing this reactionary parcel tax that just adds more taxes to working people, pits the general population against the unions and unwinds the solidarity between UTLA and the community that was built up during the strike.

A documentary that highlights the damaging impact of privatization of public schools, stories on how communities fought back,

A documentary that highlights the damaging impact of privatization of public schools and how communities fought back,  Backpack Full of Cash will screen March 9 at Saints Peter & Paul, 515 W. Opp St., Wilmington at 4 p.m.