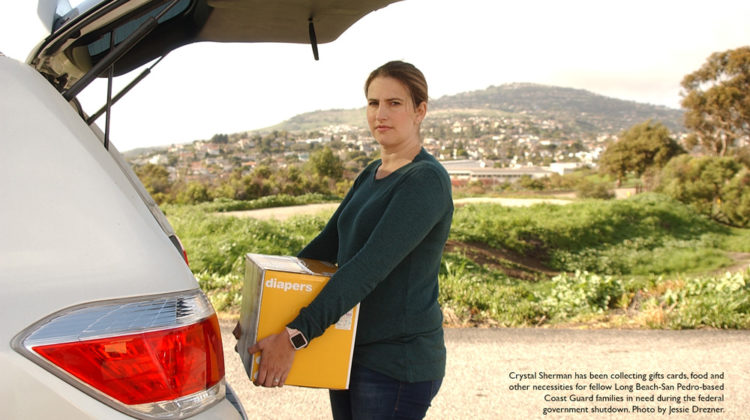 Just days before President Donald Trump temporarily ended the shutdown, Admiral Karl Schultz, commandant of the U.S. Coast Guard, and Master Chief Petty Officer Jason Vanderhaden released a video from his Twitter account praising the members of the Coast Guard and their families for enduring the shutdown as it entered its fifth week.

Short and to the point, the Commandant’s message was designed to reassure members of the Coast Guard and their families, but it was also a small window into the lives of Coast Guard members impacted by the shutdown — uniformed and non-uniformed alike.

“In five plus weeks, the anxiety and stress of this government lapse of your nonpay, you of the armed forces should not be expected to shoulder this burden,” Adm. Schultz said. “I remain heartened by the assistance made available to you within the lifeline and by the outpouring of the American people from local communities throughout the nation.”

But most of all, he said he found it unacceptable that Coast Guard men and women have to rely on food pantries and donations to get through day-to-day life as service members. The Coast Guard members received their paychecks on Feb. 1. Before that, some families faced evictions, but the anxiety remains.

Crystal Sherman, wife of a Coast Guard member at the Los Angeles-Long Beach Coast Guard base, and her family are among those who have been affected by the shutdown. Sherman has been working to alleviate some of the material pain caused by Trump’s shutdown.

Originally from Orange County, Sherman and her family have only recently moved to the Los Angeles Harbor Area by way of Virginia this past September, just two weeks after her second child was born.

Sherman said her family has had to utilize their savings to tide them over. They have stopped contributing to their family’s retirement fund and to her two small children’s education funds to prioritize the needs of the here and now.

In circumstances where everyone is financially feeling the pinch, it’s not unusual that attention would be paid most to family and self. Sherman, however, could not ignore the impact the shutdown was having on other Coast Guard families in her neighborhood and the civilians that assist them on Terminal Island.

“This is a scary time for these and many other federally-employed people,” Sherman said. “I’m still collecting (donations) because people  are still trying to catch up and the government has only been funded for three weeks. There is a good chance that it’s going to shutdown again.”

Unlike other government employees, members of the Coast Guard cannot quit their jobs. They cannot collect unemployment, get another job, or call in sick at their job without the risk of being thrown into the brig. They don’t have the option of not working, shutdown or not.

But with the temporary government opening, she said the Coast Guard families are only guaranteed one paycheck for back pay and two checks scheduled for Feb. 1 and Feb. 15. The senior staff of the Coast Guard has been preparing members for the worse case scenario if a deal isn’t struck on Feb. 15. In the meantime they are doing the only thing they can, trying to stretch out their funds.

Following the example of like-minded spouses in San Francisco, Sherman put a call out for donations — from diapers to gas cards — for furloughed members of the Coast Guard here in the South Bay. The donations are going to the Chief Petty Officers Association, which is run by the Coast Guard Chiefs.

Officially, service members in the Coast Guard cannot ask for donations themselves, but their spouses can. Sherman raised $2,100 in gift cards, as of Jan. 30, with more than 1,000 gift cards donated. They received cars full of diapers, wipes, paper towels and food.

While the government partially opened on Jan. 25, confidence is low that a long-term solution to keep federal employees paid will be reached while Trump continues to divide Washington over demands to build his wall.

“It’s expensive for what it’s (going to) do,” Sherman said. “I feel like there is more that can be done than the wall. We don’t have a wall on our northern border.”

“I don’t think it’s fair that the people who protect our borders have to do it for free,” Sherman said. “You want a wall to protect our border but then you don’t even pay the people who protect it. The TSA protects our air space, the border patrol protects our borders, and the Coast Guard protects the sea. This is not practical. We have been asked to contact our creditors and to defer our accounts. We worked for this and we can’t just get another job.”

Help has arrived in other forms. Sherman said there is a pop-up pantry that was coming later on the day she was interviewed for this story. It supplies items like milk, cheese and eggs. They have also received weekly donations from Imperfect Produce of surplus foods.

Sherman said if she could say anything to elected officials, she would tell them to pass House Resolution 367, the Pay Our Coast Guard Parity Act of 2019, and Senate Bill 21.

The items of legislation going through both the House and the Senate would end the current pain of the shutdown by continuing appropriations to the  Coast Guard for any period during the 2019 fiscal year if Trump shuts down the government again.

The monies provided to the Coast Guard would provide for:

The bill would also compensates the Coast Guard’s civilian staff who have been furloughed as a result of the shutdown. Both bills were introduced after Christmas and Sherman said they need more backers.