When Politics Interferes with ... 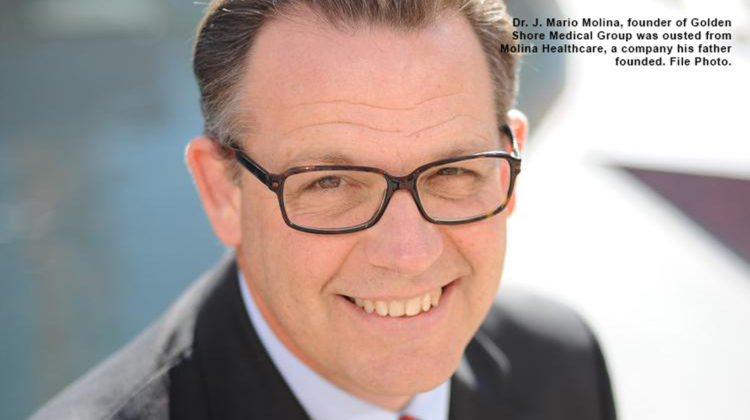 The Los Angeles Times report exposing the open animosity between Molina Healthcare and Golden Shore Medical Group founder and former Molina Healthcare CEO Dr. J. Mario Molina this past December shouldn’t have been surprising. The circumstances under which he and his brother, members of the family that founded the company, were dismissed two years ago, stunk, regardless of company pronouncements that it was a “business decision” to focus on a more profitable part of health care.

The firing stunk because the Molina brothers were the inheritors of their father’s legacy of providing quality healthcare to traditional health insurance and Dr. J. Mario Molina was vocal in his support of the Affordable Care Act.

The only new information to come out in the Los Angeles Times reporting are the lengths Molina Healthcare went to cripple Golden Shore Medical Group before it even started. One would think Dr. Molina would be a little angry or bitter about how all of this turned out.  Not in the slightest. Instead, Dr. Molina’s focus has been ensuring that the patients, who have been treated by Golden Shore Medical Group this past year don’t experience any changes in how they receive their care moving forward.

“We have signed letters of intent with AltaMed, an FQHC, and Wellspace, to transfer those patients to new doctors,” Dr. Molina explained. “They will take over the management of the clinics. If Molina wants to help, they can and keep those clinics open under those two entities.”

Dr. Molina admitted that Golden Shore had difficulties from the outset, but it wasn’t apparent just how onerous the contracts for reimbursement Golden Shore signed with Molina Healthcare were until fall 2018.

“You saw it in the Los Angeles Times article, Michael Hiltzik talked about how we had an unfavorable contract,” Molina said. “I don’t think we realized that at the time we signed it because we really didn’t have all the information.… We didn’t have much choice. One hundred percent of our membership came from Molina Healthcare. So if we didn’t sign the contract, we would have been out of business from day one. We thought we could lower the administration’s overhead and make the company work.”

Dr. Molina did not know that the board members were significant contributors to Mitt Romney

It’s no secret that Dr. Molina is a supporter of the Affordable Care Act. Every opportunity that came his way, he used it to advocate on behalf of the law, calling it a step in the direction of providing universal health coverage. Dr. Molina also believed he understood who his opponents were on Molina Healthcare’s board of directors.

To the Los Angeles Times, Dr. Molina identified board member Ronna Romney, a longtime Republican Party official who is Mitt Romney’s former sister-in-law, as one of those chief opponents. Romney is also the mother of Ronna Romney McDaniel, a Trump ally who became chairwoman of the Republican National Committee in January 2017.

Molina says Romney asked him several times to tone down his remarks and “say something nice about Trump.” What Dr. Molina didn’t realize was that all the board members but one were contributors to one of Mitt Romney’s presidential campaigns.

“I had no idea and I had never looked into their political affiliations other than Ronna, who I knew was a staunch Republican,” Dr, Molina said. “I didn’t know any of this. I’m surprised and frankly, a little bit disappointed.”

“There’s a guy who wanted appeal the Affordable Care Act, which contributed to a huge part of our business and as a I told Ronna one time, when she said I really should say something nice about Donald Trump, the man wants to take health insurance away from 17 million people. What is there nice to say?”

Molina said he knew Ronna’s daughter was really involved in Republican politics and thought the way the Ronna and her daughter turned on Mitt was “pretty disappointing.” Molina was never a Mitt Romney supporter.

“I have met with him and talked to him a few times and tried to bring him around to the importance of the Affordable Care Act. I couldn’t get him there but he’s your brother-in-law and they turned on him and supported Trump. It was startling,” Molina said.

Molina explained that when he and his brother took Molina Healthcare public, the company was still very small and that they tried to attract the best directors they could. But once the company became public, they didn’t have control over who was nominated to the board.

Molina said that one of the problems of companies that have formed boards of directors when they have gone public is that the directors nominate people who look like themselves. Molina pointed to a recent law passed by the California legislature and signed by Gov. Jerry Brown that mandated that at least one woman is appointed to the board of directors of publicly-held companies.

Just days before the governor signed the law, California’s Insurance Commissioner Dave Jones called on California’s top 50 California-licensed insurance companies to diversify their boards of directors to reflect the changing demographics and diversity within California and the rest of the country.

“It’s not a huge requirement. So why is it that most board members are elderly white men?” Molina asked. “It’s because they get to pick who gets to join the board and they pick people who look like them. The whole thing was done to prevent insiders like the owners of the company, like me, from stacking the board. But what’s actually happened is that it created a self-fulfilling prophecy when the board members pick people who look like them and so we lack diversity on boards. It’s a real problem. Especially as the country becomes more diverse.”

Molina noted that the people Molina Healthcare had traditionally served bore little resemblance to the members of the company’s board of directors.

“We didn’t have good representation other than my brother and I,” Molina said.

Dr. Molina is still bullish on the success of the Affordable Care Act despite the acts of sabotage perpetrated by the Trump administration and conservative judges in Texas.

Dr. Molina took note of the appeal filed by a coalition of Democratic attorneys general against U.S. District Judge Reed O’Connor invalidating the Affordable Care Act and House Speaker Nancy Pelosi’s move to join the lawsuit. Molina praised the move, but believes the solution may be to revise the Affordable Care Act legislatively.

“The court decision by the Texas judge is not a done deal,” Molina said. “It was a bad decision by a very biased judge who disregarded the law because of his own political leanings. I don’t think that they will ultimately win. But even if they do, we still have a chance in the legislature (congress) to fix and change this bill. We don’t want to go backwards. We don’t want millions of Americans to lose their insurance. We don’t want to see a country in which Americans with preexisting are excluded from health care. I don’t believe most Americans want that.”

The train of universal health coverage has left the station

Molina doesn’t believe we can go backward on the Affordable Care Act or the march toward universal health coverage.

“One of the things I tell people is this… more than half of all Americans will be served by Medicaid at some point in their life,” Molina explained. “Medicaid pays over 60 percent of all long term care in this country… some would say more like 75 percent.”

“When you look at people’s opinions of it, they say it works for them,” Molina said. “I think people realize there’s a better way of delivering insurance and we simply can’t rely on businesses to pay for health insurance.”

“Economically it doesn’t make sense,” Molina said. “We put a lot of costs on businesses that other countries don’t.”

Molina believes every American should have access to health insurance that’s affordable and shouldn’t live in fear that something bad is going to happen to them.

“Medicaid for all or Medicaid buy-in is a better option,” Molina said. “…We need to find a way of covering everyone with universal coverage,” Molina said. “The problem is that if the Affordable Care Act goes down, that will mean a lot of us don’t support Medicare for all. I don’t think we get to Medicare for All by repealing the Affordable Care Act.”

“The American people would be aghast when they realize their friends and families can’t get health care any more or their friends and neighbors are afraid to change jobs or move to a new state in fear of losing their insurance,” Molina said. “Some might be afraid to start a new business because of health insurance. I don’t think Americans want that.”