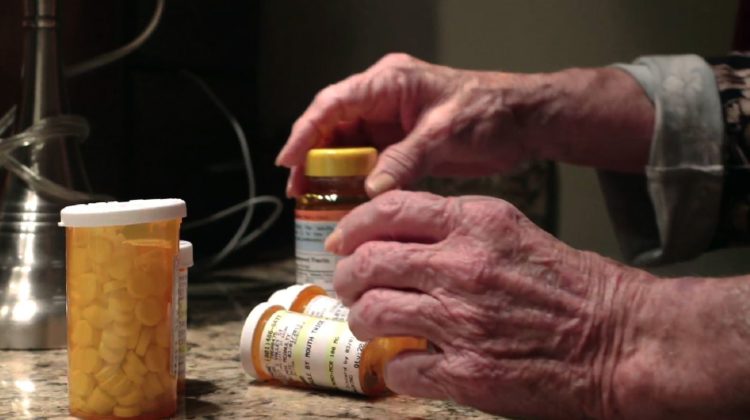 In the decades since my friend, Betty, injured her back on the job, pain has been her constant companion. Never has it left her, not even as she married two husbands, raised four sons and climbed the ladder of success as a healthcare professional. At best, the succession of major back surgeries she underwent over the years provided a fleeting relief. Although falling considerably short of their promise to give Betty her life back, the steady supply of FDA-approved, high-dose opioid medications she was prescribed quelled any thoughts of ending it. That is, until this past September, when Betty was abruptly cut off of all pain meds.

“My doctor never came right out and said it, but his message was clear: ‘You have a big problem,’” Betty confided. “‘I’m washing my hands of it and you.’” It was a hard thing for her to hear because, although she is almost 80, Betty still cares a great deal about how others see her. But she’s no fool. “Nevermind that I got those pills from him, not some drug dealer on the street or that I took them exactly as prescribed. Now, all of a sudden, I am a drug addict? I have never felt so alone or ashamed in my life.”

Recent data from the Centers for Disease Control, California Department of Health and leading pain experts suggest that Betty’s circumstances are far from unique, and she’s not the only one wrestling with shame these days. In fact, 18 million Americans are currently dependent on prescription opioids. Closer to home, fully one percent of those residing within Random Lengths News’ distribution area are thought to be among them. Thanks to the prevalence of Medicare and medical racism and sexism in our nation’s healthcare system, odds are that the majority of these chronic pain sufferers are, like Betty, older, white women with long medical histories, which include some or all of these complex factors: accident trauma, failed back surgeries, fibromyalgia, neuropathy. Do the math and that’s a lot of women who have been coping with a lot of pain with a lot of pills for a lot of years.

Therein lies the rub. Despite growing evidence to the contrary, policymakers, insurance companies and a host of other pain police have bought into a misguided and dangerous narrative that blames America’s burgeoning “opioid crisis” on weak patients and the reckless, overprescribing physicians who serve them. Since 2010, when high-dose opioid prescriptions were at their peak, pain doctors have been under mounting pressure to cut prescribing or face a slew of legal threats — ranging from malpractice liability and medical board discipline, to criminal convictions. Not surprisingly, prescriptions have been falling  (by more than 40 percent overall, and by nearly a quarter in California) ever since.

Older white women whose lives are stable enough to allow them to regularly see their doctors don’t often become addicts. But when refused the medications they have  responsibly and beneficially used on a long-term basis, most will share my friend Betty’s shame at having been de facto treated as if she was one. Who can blame them, really, considering that more than 40 percent of participants in a recent study linked opioid addiction to a lack of willpower, and close to one in five said that they are less willing to associate closely with a friend, colleague or neighbor who is addicted to prescription drugs?

It’s a powerful stigma, one that is thought to keep 90 percent of substance abuse disorder sufferers from seeking treatment. Some like my friend Betty will face the daunting prospect of opioid withdrawal on their own and triumph. Fear of this stigma is pervasive among those who do seek treatment as well, according to Susan Smith, a nurse at Providence Little Company of Mary’s Recovery Center.

“Of the hundreds of patients treated for opiate addiction at the center, at least  25 percent are entering treatment for pain medications prescribed by a physician. They have a difficult time seeing themselves as addicts, because they see an addict as someone who uses drugs to get high.”

This misconception ignores the physiology of this addiction, as well as what it takes to confront it, Smith asserts continuing.

“I try to teach these clients that your body doesn’t know the difference between legal and illegal opiates. And that the program will provide  skills and support they need to manage life without opiates.”

I’ve had a lot of regrets since my sister died of complications from shooting OxyContin with a dirty needle in 2008. Just one year after the manufacturers of the drug that killed her had quietly settled a suit alleging deceptive sales practices that had downplayed its dangers. I wish I’d asked more questions and had fewer answers. Mostly, I’m just sorry that I tried harder to fix her than I did to understand her.

I will never have another chance to judge my sister less and love her more. But you just might. Is there is an older white woman who has had major medical issues in the past two decades and seems to be more agitated or withdrawn of late in your life? If so, she just might be in the fight of her life and need you on her side.  I am not saying that your nana is jonesing, just that she might be. But don’t expect her to bring it up on her own. If you are not sure,  ask her.  She will be grateful for your concern either way.

Having just come through the holidays, it can be a sad and lonely time of year for a gal even if  she hasn’t been betrayed by western medicine and been forced to go through hell for the past few months. Nonetheless, my friend Betty continues to look on the bright side when it comes to life without opioids.

“You want to know what I don’t miss most about prescription pain meds? Having to pee in a cup every 30-days to prove that I am not a drug seeking pill head. Seriously? Nowadays, even the president of the United States wants proof that you are not an addict, or he’ll take your pills away. You know what?  He can keep them. I don’t need or want them anymore. I guess that means that I am finally free.”

If you or someone you love is suffering through addiction to or withdrawal from prescribed opioid pain medications and have questions that need answering give Providence Little Company of Mary Recovery Center a call at (310) 514-4021. Guidance is offered at no charge or obligation.