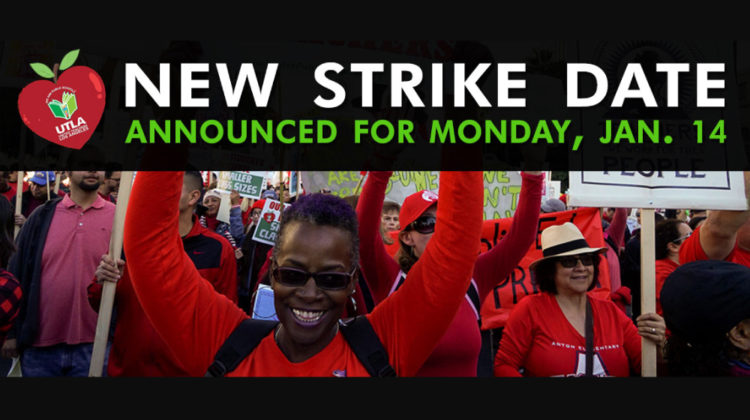 Their success is ours, too

As a teacher and long-time unionist, I am compelled to respond to two Jan. 6 Daily Breeze anti-worker and anti-public education articles. An opinion piece by Rebecca Friedrichs and a “news” article by Sarah Favot slam teachers for wanting a better education for youth.

Wouldn’t we all benefit by having a qualified nurse in all schools? How about well-trained college counselors to assist in college admissions and financial aid? How about a librarian to assist in students’ research, college applications and job searches?

Los Angeles Unified School District superintendent is Austin Beutner, a millionaire former investment banker who served in President Bill Clinton’s administration known for his support for charter schools. He claims the district does not have the money for what the teachers are asking. However, there exists an almost $2 billion education fund at the district’s disposal. Let’s use it.

“Beutner is using his background as a corporate profiteer and downsizer,” Alex Caputo-Pearl, United Teachers Los Angeles president said. “He has hired well-known privatizers and anti-union lawyers in an attempt to dismantle the school district as well as the solidarity of our union brothers and sisters. We will fight it every step of the way … public education belongs to the people of Los Angeles, not the super-rich.”

Clearly Beutner fears the collective power of educators, parents, students, other unions and the community coming together. Our goal: a contract that reinvests in our schools and improves our working and learning conditions. And teachers have responded, winning broad public support.

Over the past months, Beutner promoted “business as usual” around any possible strike, promoting information to parents and the community that all students should attend school and that instruction would continue, regardless of a possible strike. He hired 400 non-union substitutes (to replace 30,000 teachers) to keep schools open if teachers strike Jan. 14, which was still on the table as of presstime.

“By filing federal court papers to try to prevent special education teachers from striking, LAUSD failed in its attempt to ‘use’ the most vulnerable students as pawns,” UTLA leaders responded. “If Beutner really cared about special education students, he’d have responded to UTLA proposals on special education class-size caps, thus relieving the burden of overcrowded classrooms and overwhelming caseloads” The school workers strikes and mobilizations, which started in West Virginia in February and continued in Oklahoma, Kentucky, Arizona and Colorado have shone the spotlight on some of the truly deplorable conditions working people face.

The fact is the wealthy don’t care if schools are crumbling or that education is mostly worthless. Their children attend private academies and non-union charters (set-up to escape school desegregation and teachers’ unions) and Ivy League schools to learn to be rich, to manage the banks and factories. Workers, they’re convinced, don’t need much learning. As a matter of fact, they think literate and cultured workers are dangerous.

The organization of the walkouts in West Virginia as a broad social movement won solidarity and cut across attempts to divide and parents from teachers. School workers reached out to involve students, parents and other workers in the fight. Volunteers gathered food for the many students who depend on school meals. Churches, community centers and families opened their doors to students so parents didn’t have to miss work or find child care. Solidarity in action — not mere words.

This example is the road forward for LA teachers to victory, for all of us.