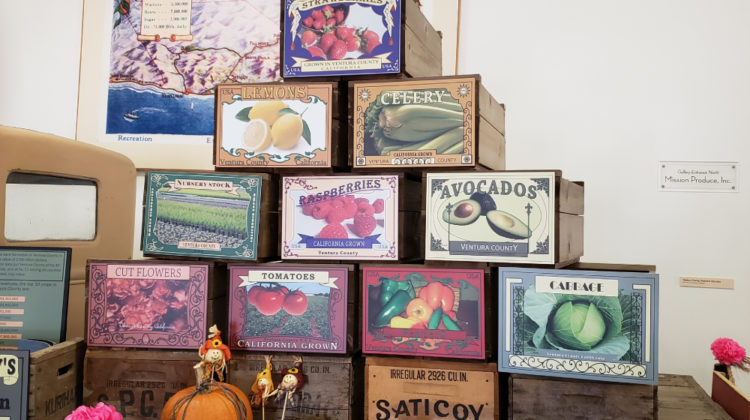 A Road Tour: Where Our Food Originates

Farm day is an adventure for the entire family.  Held annually in Ventura County, this day features 20 farms and agribusinesses in Ventura County that are open for tours, explanations of their farm and processes, and of course the sampling.

Living in an urban environment we are far removed from the origins of our food.  Even in California, the largest agricultural producing state, and a major exporter of farm goods, we are so near distance-wise, but so removed in our thoughts.

For me, as a political and union activist, this tour brought back memories of marching with the United Farm Workers for union contracts in grape vineyards and strawberry fields.  Passing by fields of farm-workers, we see the grueling, intensive stoop labor and understand why the organization of farm workers into a union is so critical today.  There are only a couple of small farms with UFW contracts, due to union-busting efforts by big agribusinesses.

Union organization and solidarity is especially needed now when Washington escalates its attacks on and deportations of immigrants (farm-workers, industrial workers, students, youth), we must stand with all organizing efforts and struggles by the farm-workers for a decent salary, benefits and health/safety in the fields. We must bridge the gap and build unity with the farm-workers, small family farmers and city workers.

During this once-a-year tour one can choose from many sites during Farm day, but I would certainly suggest a stop at the Agricultural Museum of Ventura County, located in an historic mill building in downtown song Santa Paula.  Built in 1888 as an agricultural warehouse and later served as a feed and grain outlet is today filled with 1000 items, from farm implements to Vaquero paraphernalia (hats, saddles, chaps, etc.) and even hatching chickens.  It contains a fascinating working beehive and throughout, the exhibits describe the agricultural roots of Ventura County, which now produces massive quantities of citrus, avocados, celery, tomatoes, flowers, etc.

Some of the more interesting farm day locations include the AGQ laboratory, which tests farmland soil for contaminants and toxic metals, Agromin, a major composting company that takes restaurant, school and household green waste and converts it into potting soil and fertilizer (you get to take home a bag as well).  Houwelings, a modern hydroponic tomato farm that produces 150 million pounds of greenhouse tomatoes (12+ species–organics too) on only 150 acres, with 800 workers.  It would take a corresponding 3000 acres of field land at a far more labor-intensive rate to produce a similar amount.  And if you want to learn about onion production, and take away some giant onions as big as softballs, drop by Gills onions.

A hands-on display by Rincon-Vitova Insectaries featured techniques to control garden pests through natural biological parasites and predators (available for urban gardeners as well) thus eliminating insecticides and food contamination-especially when one knows that the average US resident consumes 5 pounds of insecticides per year in the course of eating vegetables and fruit.

Farm Day was cosponsored by seeag.org, an organization that educates students about farm origins of their food from field to table, and nutritional wellbeing.

All events are free.  Plan on this adventure next year in early November. www.venturacountyfarmday.com