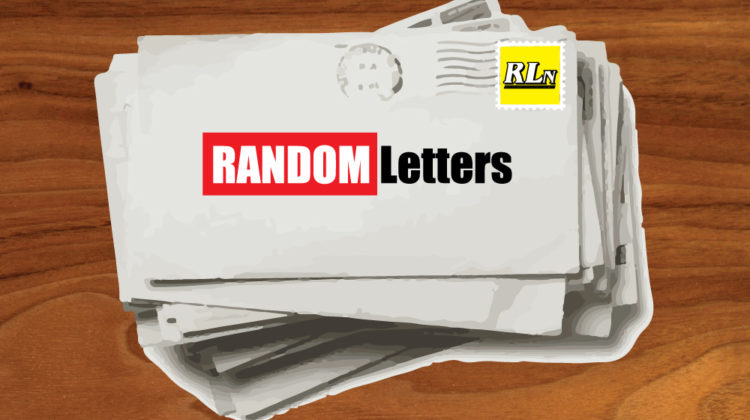 Editor’s note: In the past few weeks, Random Lengths News received a group of Letters to the Editor from the students of San Pedro High School English teacher Michael Kurdyla. Students commented on stories from the past few months. Reading through the letters, the students did an admirable job following their teacher’s instruction to read and critique stories that piqued their interest. The end result was more than 10,000 words from high school students engaging the most topical issues being discussed today.  In the interest of space, we will be select a few of the letters for print while posting the remainder online.

RE: Democrats Must Retake the House to Put the Brakes on Trump

In Peter Olney and Rand Wilson’s article “Democrats Must Retake the House to Put the Brakes on Trump”, they state the vile things Trump has done to corrupt our government.

As a freshman at San Pedro High School, Trump’s actions are mentioned in many of my peers’ discussions and conversations. Some of his actions including his remarks about North Korea, building the wall, and his relation to Putin. This shows the impact that Trump has made in our society, an impact so big that citizens who aren’t even at the age to vote are talking about this topic.

In this article, I believe that the authors overuse pathos, and not enough  and ethos. This is due to the fact that the authors inserted quite a bit of charged language, such as “erratic”, “racist”, “misogynist”, and an “anti-labor monster” when describing Trump. Such strong vocabulary is used, yet there is no explanation for it. This makes this article not very credible, as no evidence is used in the first place. The authors speak as if the Democratic Party has no faults compared to the Republican Party, which was twisted to be seen as appalling and untrustworthy. Because of this, the article turns into a sea of propaganda that advertises the Democratic party.

Personally, I am not for or against either party, because of the fact that I am not very knowledgeable when it comes to politics and topics around this subject. What I do agree with, however, is that Trump is not a good person. The topic of Trump’s faults hits deeply for me, since I had once been a victim of racism, and it definitely was not a good experience for me. However, this does not make me believe that this article is a reliable source, because of the lack of evidence.

I live in the city of Carson and I occasionally go to Carson park just to have fun and walk around. When I go to the park I usually go on the swings and walk around to observe nature.  Citizens of Carson join our society at Carson Park by just going to the park and experiencing the fun. I never had any complaints about any park. This new change had happened in Victoria County Regional Park in the city of Carson. In the article, it points out that there are proposals to reconstruct the golf course into something new so the whole community can use. The construction of this new project is going to be using 87 acres of land. They are going to use it to build a recreation center and multipurpose room. The main purpose of this project is building very high-quality sports, training, instruction, competition activities, and education to help people in need of help so the whole city can use it. The new multipurpose room community recreation center is called Carol Kimmelman Sports and Academic Campus but I think the city of Carson does not care about this project it might be a waste of money.

The Los Angeles County Supervisor Ridley-Thomas has led efforts to consider the golf course as alternative uses. This decision the county of supervisors are going to make will be crucial. In November 2017 the county board of supervisors had passed a motion to reconstruct the golf course into a multipurpose room and recreation center. During the motion, they had a negotiating agreement with another foundation that was approved called Kimmelman Foundation to help with the project. The supervisor Ridley-Thomas complained that the course underperformed compared to the county’s other courses and called for exploring alternative recreational uses. Ridley-Thomas opinion of the plans on the golf course is controversial against the other members of the county board of supervisors. The reconstruction of the golf course was impromptu. I believe it should be an alternative use of the property because the 87 acres of land should go to a good cause. The good cause is controversial but it can be helpful to the whole city of Carson and the citizens. I think the author has left something on purpose and created this article for a reason because to know the opportunities we have in our community and take an advantage of it. To conclude, whatever we believe in is good for our community we should do something to obtain that so our citizens in our community can share it and believe in it.

In the article, Homelessness it states that, “ Nothing gets done unless you have a study or a report.” Which is true because no one is going to take time out of their day to research something. I also agree with you that many people think the homeless population consists of “drug addicts, sex offenders, and psychos invading their neighborhoods.” Over 100,000 people are homeless, so 100,000 people are those things. I am a student at San Pedro High: Olguin Campus and I am familiar with the San Pedro protest that was on Gaffey St. Though I go to San Pedro High, I live in the City of Carson and when I go with my family places I always see homeless people on every street and nothing is being done about it. The main thing we can do about about this is what the people of San Pedro did which is protest for the homelessness to end and/or help the homeless people by giving them water or even sanded . That can improve their lives because the homeless would feel like someone cares for them and that someone is trying to help them. The real question is, what will the government will do to fix this problem?

Education is very important in my life, not just for me but for other too.Having a good education can lead you to get a good and a nice collage. But in the LAUSD District there isn’t enough resources to go around schools. My name is Daniel Lopez and I attended San Pedro High School, I do see little resources like staff, textbooks, etc.

Teachers often complain about having not the right resources because the district doesn’t want to give them to our schools. This is why teachers protest. To me the district doesn’t care about the education of young men and women. In my classes, I see a lack of resources in the classroom like calculators, computers, and more. Even if we have resources not every student gets one. This is because the students get put into a room that’s already full. When this happens it becomes very crucial for teachers.

There’s nothing teachers could do about this issue. Even LAUSD’s superintendent Austin Beutner said “on a number of issues, we need to build on that.

Re:  Arts Festival Goes to the USS Lowa

Hi my name is Condoleezza Bryant and I go to San Pedro High School. When I finished reading, “SP Arts Festival Goes to the USS Lowa” by: Terelle Jerrick talking about how the SP Festival is back for the first time in its six-year incarnation and how tango San Pedro was founded by tango instructor Silvia Askenazi. She was born in Buena, Aires and migrated to LA in 2004. Different dance companies are not the only exciting troupes to perform at this years festival. People’s Place Pacers specialize in line dancing even while Kains Peoples’ Palace Dance Studio practice a variety of dance tradition including swing in the name of physical fitness. This article involves pathos because their talking about the arts like dancing. The dancers use their body to express how they feel.

The Hardships of Being in A Band

My name is Madeleine Toledo and I am a high school student in San Pedro High Schools Olguin Campus. Ever since I was a little kid I have dreamt of being in a band, with the influence of people in tv shows like Hannah Montana or One Direction. And growing up I also listened to a lot of variations of  R & B  music because my dad wanted to introduce us to old style music, for example; “Earth, Wind, and Fire”. And me being an innocent and immature kid I idolized the idea of being in a band because of what they displayed on tv. But as I got older I learned things that, as a kid, I would’ve never thought of.

In only 6th grade did I learn about the slave contracts that the bands have to sign in order to stay a band. That’s when I realized that being in a band was just funning games it’s hard work and sugars for keeping your job and as a fan of earth wind and fire I now know the hardships they want to for instance two members from the band had been diagnosed with Parkinson’s disease. And one of the members who had been diagnosed wanted to keep the legacy going without the Parkinson’s part. But as time went on he realize the disease hasn’t affected him since he still plays and sings the same. As White (one of the members) had told him, “If you’re gonna take the groove, you’re gonna take the whole groove.”

Being a band will never be easy so if you don’t plan on dedicating your whole life to music I suggest you not being one because sure it made it look easy and super fun but that’s not what it’s about. Being in a van is being dedicated to your fans, the stage, the people you love, to your music, and most importantly the relationship with your band mates because without each other it won’t be around at all.