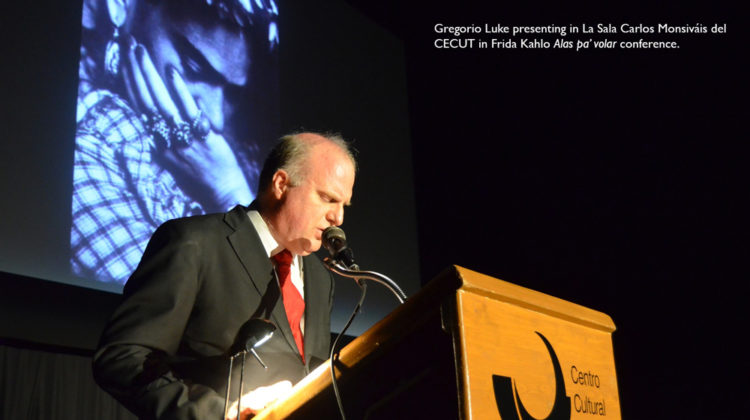 Cinco de Mayo is not Mexican Independence day. You already knew that, right? Many people outside Mexico mistakenly believe that Cinco de Mayo is a celebration of Mexican independence, which was declared more than 50 years before the Battle of Puebla.

Independence Day in Mexico (Día de la Independencia) is commemorated on Sept. 16, the anniversary of the revolutionary priest Miguel Hidalgo y Costilla’s famous “Grito de Dolores” (“Cry of Dolores”), a call to arms that amounted to a declaration of war against the Spanish colonial government in 1810.

On Sept. 16, the actual Mexican Independence Day, you will have an opportunity to learn the true story of that nation’s Independence. The San Pedro Waterfront Arts District has invited the renowned lecturer Gregorio Luke to deliver an expansive presentation of Mexican art and history at the Cabrillo Marine Aquarium. The lecture is the launch of Cuatro@Cabrillo, a four-part education series on the art, history and cinema of Mexico.

Luke, a former director of the Museum of Latin American Art, is an internationally recognized expert in Mexican art and history. Although he is known from his years at MOLAA, he began his career working in cultural affairs as the first secretary of Mexico’s embassy in Washington D.C. He has given more than 1,000 lectures at museums and universities through the United States, Mexico and Europe.

Luke said that this is his most ambitious lecture to date.

“I’m going to be try to give people the entire vision of a nation and their history, art and culture,” he said.

The organizers have promised a kaleidoscopic vision of Mexico in this series, which brings to life the ancient art of the Aztecs and Mayans, the golden beauty of colonial cathedrals, the vibrant murals created after the 1910 revolution, as well as the cutting-edge art of contemporary Mexican culture.

He launched his lecture career teaching about the great Mexican muralists known as Los Tres: Diego Rivera, Dávid Alfaro Siqueiros and José Clemente Orozco. Through the study of these artists he wove the history of a nation.

The Mexican muralist movement emerged through the struggle for independence. The great murals produced in from the 1920s to 1970s, were created to tell the story of politics and nationalism with a focus on the Mexican Revolution, the mestizo identity and Mesoamerican cultural history. Luke, who was born and raised in Mexico, is a master of conveying the story of the history and culture he loves.

He is also looking forward to speaking in San Pedro for the first time.“I am so excited to have received this invitation to speak in San Pedro,” he said. “It is a place that I have always loved to go and eat at the many wonderful restaurants. I love the sense that nothing is artificial, that everything is authentic”.

Cuatro@Cabrillo continues in 2019 with the presentation of three films by Oscar-winning Mexican directors: Gravity by Alfonso Cuarón, Birdman by Alejandro González Iñárritu and Shape of Water by Guillermo del Toro.

Cuatro@Cabrillo tickets are $15 for general admission and $35 for VIP tickets. VIP tickets include an exclusive reception with Gregorio Luke, limited VIP reserved seating and free parking.