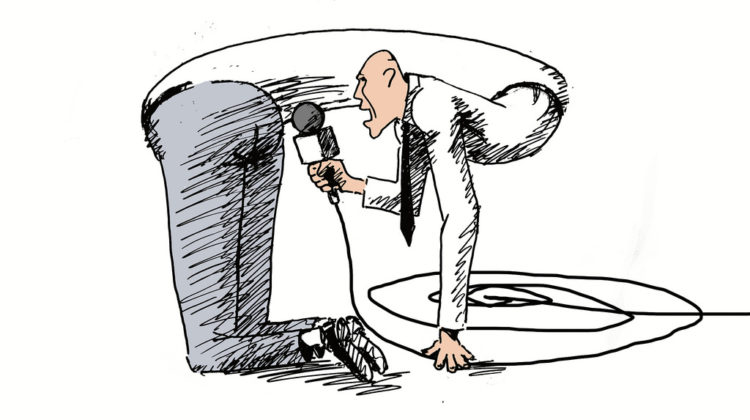 Every small town in America — and probably the world — thrives on rumors, small slanders and innuendo.  Just look at the most popular small town on the planet — Hollywood.  It wouldn’t exist without an industry fueled by rumors. The Hollywood rumor mill has been fine-tuned into an art form that supports all kind of purveyors of the hardly-true-facts about celebrities. Just look at all those celebrity zines in the checkout line at the supermarket. So, it comes as no surprise to me that in any part of our town or any place in the greater Harbor Area that rumor is common traffic. I call it the San Pedro Telegraph.

The San Pedro Telegraph is not particularly accurate and often features wildly exaggerated claims based upon some kernel of truth or reaction to something someone once saw. But The San Pedro Telegraph has now exploded with the “democratization of media” with the advent of Facebook and YouTube, the most popular parties in expediting the spread of rumors.

Mark Zuckerberg, the young billionaire CEO of Facebook, has had to apologize to Congress and the nation for the failings of his company along these lines recently. But his company is just one actor in the spread of rumors and false information. In all honesty, we are all a party to the spread of rumors and false information, at one time or another. It’s a curious lack of confidence on Wall Street that his company recently lost $19 billion in value in one day. Do investors know something we don’t?

Not really. The value of any other social media is only as valuable as it is vulnerable to misuse. Just this week, both YouTube and Facebook made a critical decision to act against content purveyors acting as bad actors by kicking Alex Jones* and others who have made a career of spreading false information, wild conspiracies and outright propaganda off their platforms.

Jones, who is most widely known for running InfoWars.com, is a celebrity in America’s alt-right uprising who, alongside white nationalists provocateurs like Richard Spencer, have done more to disrupt civility in this country than perhaps the Russians have accomplished in confusing our elections with propaganda.

There should be more done to reign in this kind of disinformation by these social media platforms. And, more should be done to promote media literacy in both our high schools and colleges. Our young people need to be armed and have some filters to sort out what’s real from what’s fake.

Clearly, all of the major digital communication companies like Google, Yahoo, Facebook, YouTube etc. need to be regulated in much the same ways that broadcast and telecom companies are constrained. After all, they use public airwaves and Internet infrastructure to connect to you, the users.  Sure free speech matters, but it’s clear that not all information matters. Some is more important than others. There needs to be some basic filters on what content is allowed to be shared on these platforms and that these decisions be made by humans with some knowledge base. I’m not talking censorship, but rather informed judgement.

This is kind of like what we do here and in every newsroom around the world — make decisions on what’s relevant and what is not.  You, the reader gets to choose ultimately if you like our choices. The benefit to the community that we serve is that we filter out a lot of the noise, wild ranting and the self-promotional propaganda. And once in a while, we expose some unfounded rumors discovering what might be considered the truth. It’s not an exact science nor should it be, but the journalism craft is honed by experience, history and informed curiosity —attributes that are sorely lacking in the San Pedro Telegraph and the incivility of social media.

After four decades of publishing RLn, I have witnessed all the characters, personalities and poseurs that have wandered through this town. And, in that time, I have developed a pretty good bullshit detector. I put this detector to use through my column in this paper. Most who read my column either agree or disagree with me. Either way it is an honor to write it. But what I don’t tolerate is the use of a sly kind of slander by our competition and certain disgruntled others against me personally to undermine the value of this newspaper in this community.

The stupidity and unsubstantiated rumors about me occasionally gets back to me through the San Pedro Telegraph. The only solace I’ve been able to find is that the very same people usually end up being victims of the same kind of rumors they trafficked in.  The circle of karma is often swift, if not just.

In the end I take a lot of wisdom from the musings of Benjamin Franklin on this subject. He said, “Believe none of what you hear and half of what you see.”

In other words, be cautious about accepting something without evidence. This would be a good place to start in promoting media literacy even to some of the old folks who tune into Fox News.

*Alex Jones is a far-right American conspiracy theorist and fake news website and media platform owned by Alex Jones’s Free Speech Systems LLC.[15] It was founded in 1999. Talk shows and other content are created primarily in studios at an undisclosed location in an industrial area outside Austin, Texas. The InfoWars website receives about 10 million monthly visits, making it more visited than some mainstream news websites such as The Economist and Newsweek.

Dana Rohrabacher — The End of An Error? Which One?