Homelessness and the Lies We T... 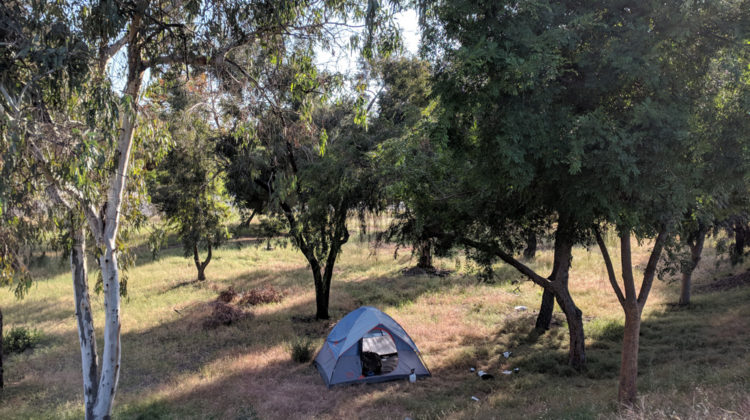 Councilman Joe Buscaino’s botched attempt to open a navigation center is still fresh in the minds of many in San Pedro. That initiative was intended to provide mobile showers, homeless parking lots and storage facilities for the belongings of people experiencing homelessness.

The navigation centers were also to become places where case-managers could more easily provide services that would eventually provide these folks permanent housing. Lack of transparency and outreach ended Buscaino’s effort in the Los Angeles Harbor Area. But he also wasn’t the only council member to fail to get the navigation centers up and running.

After the city and the county of Los Angeles threw hundreds of millions of dollars at what city leaders called, “the greatest moral and humanitarian crisis of our time,” they and the rest of the Southland realized that the fix to this crisis won’t be seen until 10 to 15 years down the line.

In response, Mayor Eric Garcetti rolled out this past April an Emergency Temporary Housing initiative during his state of the city address known as: “A Bridge Home. “It was here that the mayor declared put up $20 million and challenged the city council members to find space in each of their districts to place emergency shelters.

The mayor’s office noted in a frequently asked questions sheet, “that homelessness touches every part of Los Angeles and that if we’re going to end homelessness, we need to create solutions in every community.” Angelenos overwhelmingly passed Measure H and Measure HHH, but money isn’t the only thing that is needed to deal with this crisis. Angelenos will have to sacrifice a bit of comfort and their long-held but often false beliefs about homelessness and the homeless.

To this end, the eight neighborhood councils within the City Council District 15 launched the Bridge Home Working Group to work with the Los Angeles Harbor Area stakeholders Councilman Buscaino’s office and the mayor’s office in locating possible shelter locations in the 15th Council District. Random Lengths News reached out Amber Sheikh-Ginsberg and Karen Ceaser, both longtime homeless advocates and supporters of Bridge Home. They respond to commonly held but false beliefs about homelessness and how the A Bridge Home program will affect our communities.

Amber Sheikh-Ginsberg: We have heard repeatedly from LAPD as well as local service providers that at least 70 percent of the homeless individuals living locally are from here, work here, or have families here. Karen Ceaser agreed, saying that statistics done by many outreach agencies find that the majority of homeless live within a 5-mile radius of where they’ve lived, when housed (born or reared).

ASG: The reason why the homeless are so visible is because there are many of them and not enough housing units or shelter beds for them. Simple math.

ASG: When I worked in homeless services, the client stories I heard usually involved a compounding set of life events that brought them to the situation they were in. Most struggled against it with all their might. We’ve all made poor choices in our lives, but if you understand the level of trauma, instability and danger —especially for women experiencing life on the streets — you would see that this is truly their last option and not a desirable choice.

ASG: Sure, there are services. Some great ones. But, until a person finds a home, they are homeless. We do not have enough shelter beds and/or supportive housing units in Los Angeles to house our homeless.

Ceaser concurred with Ginsberg’s assessment, explaining that outreach workers from various agencies i.e. Los Angeles Homeless Services Authority, the Department of Mental Health, Harbor Interfaith Services have made and continue to follow up with the majority of the homeless. Most have been interviewed and their information has been entered into the Coordinated Entry System. The system shows their needs and categorizes them based on age, medical or mental needs, length of time homeless, etc. Most homeless, once interviewed, do make every effort to follow through with outreach worker(s) assigned to them. The process for housing, as the end result can take up to one year. Once a person is approved for housing the real difficulty starts. Sec. 8 and/or permanent supportive housing is extremely limited.

ASG: “Bad behavior” will not be allowed at these sites. Those that are found to posses or sell drugs, engage in solicitation, or commit other crimes will be evicted.

Ceaser noted that many of the homeless want to work, but how do you interview for any job when you haven’t had access to a shower? Statistics show that services provided to homeless help them gain back self-esteem, dignity, and especially in the case of “bad behavior,” can help them significantly improve their behavior. Substance abuse and/or mental health treatment is usually a part of an outreach workers’ or case managers’ job.

ASG: Institutionalizing individuals facing mental illness is not a solution. It is a dangerous — and costly — bandaid. We are trying to look at sustainable solutions that will alleviate the burden on our current economy — and future economies. Institutionalization and incarceration are solutions that simply shift the compounding burdens on generations to come. It’s like we have stumbled across an epidemic, know the cure, and refuse to implement it because we’re scared. We know it works.

ASG: Once we shelter the homeless, they will no longer be homeless. They will be residents.

ASG: The homeless count data does not indicate that most homeless are addicts. That number is 11 to 15 percent.

ASG: As a resident, and mother of two little ones, I would love us to spend tax money on beautifying our city (and enhancing our schools), but I cannot see our city moving forward while we have hundreds sleeping on the streets each night. It’s … out of touch with reality to think that we can ignore this issue, move people elsewhere, or solve this any other way. Yes, housing costs money, but cycling people in and out of emergency rooms, jails and streets costs much, much more and doesn’t solve anything.

ASG: Yes! We must address the issues that cause some people to become homeless, by providing housing and support services, we can help stabilize individuals, enabling them to get and stay on a healing path. Ceaser notes that mental health crisis continues to be prevalent in the homeless population. The Department of Mental Health works daily with homeless people struggling with mental illness. Until laws are changed, it is difficult to sometimes get an individual the help they desperately need. It must be a voluntary choice by the individual. The County of LA Supervisors are working diligently to address these issues.

ASG: They are part of our communities. Individuals facing homelessness were likely once tax paying citizens, and with the help of the right social supports, programs and housing, will once again contribute to our community in very meaningful ways.

ASG: Twenty-four/seven cleanups do not work! People are uprooted from place to place, causing horrible outcomes. The majority of the cleanups involve all of people’s possessions, including tents, blankets, important paperwork loaded in the back of a sanitation truck and destroyed or discarded. Very rarely are the homeless in the Harbor Area given a receipt for items that will be stored.

Check out the homeless count in your city: www.lahsa.org

This story was updated to reflect the correct relationship between the Bridge Home Working Group and the neighborhood councils and the city council office.

Dana Rohrabacher — The End of An Error? Which One? 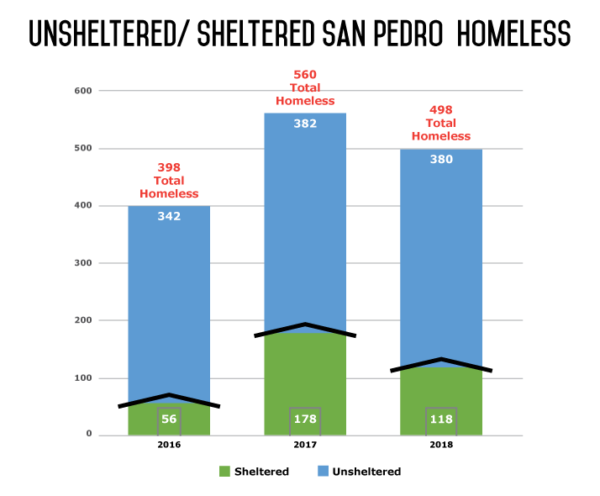 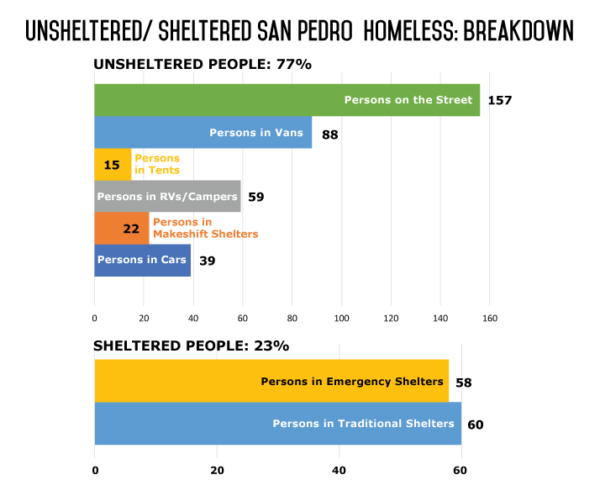