Coronary Care was Rooted in Sa... 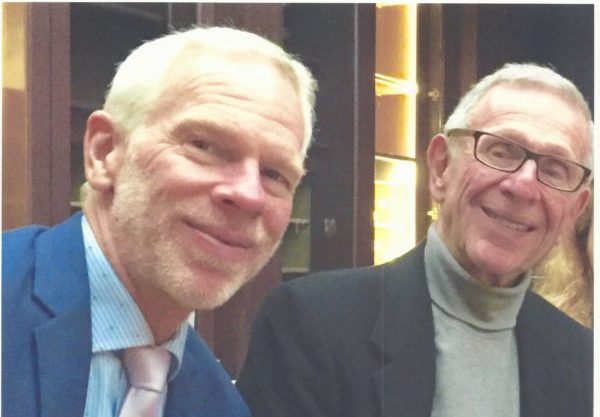 On Aug. 15, the American Journal of Cardiology published a story entitled, The Evolution of Acute Myocardial Infarction: A Eulogy to the Coronary Care Unit. The story was written by San Pedro’s Dr. Milford Wyman and his son, Dr. R. Michael Wyman. It focuses on the evolution of the treatment of heart attacks and the history of the coronary care unit. It highlights in the elder Wyman’s pioneering work in San Pedro.

Before the advances made from coronary care research in the 1950s, heart attack patients were basically put into a bed and doctors just hoped the patient was alive the next day, Milford Wyman explained.

Love of the sea, ethnic diversity and opportunity is ultimately what drew Milford Wyman to San Pedro. Through a friend, Milford Wyman learned of a doctor in San Pedro who had suffered a heart attack and was looking for someone to take over his practice while he recovered. It wasn’t as if Milford Wyman couldn’t have started a practice on the westside. His brother, Eugene Wyman, was a prominent lawyer and influential figure in Democratic politics in his time and his sister-in-law is the first woman to become a city councilperson in Los Angeles.

From 1959 to the present, Milford Wyman actively taught cardiology at USC. He became full professor in 1971.

Milford Wyman joined the San Pedro Peninsula Hospital before it was known as Little Company of Mary Hospital or San Pedro Peninsula Hospital. Back then, it was just two buildings built in the 1920s and 30s respectively and was called the San Pedro Hospital. At that time, doctors in San Pedro were only general practitioners with only three internist treating the majority of San Pedro’s residents. There were two general surgeons, a couple of obstetricians, a fairly good pathology department and a good radiology department.

As a result, San Pedro Peninsula hospital became the first to establish a coronary care department — a big step forward in treating people who had suffered a heart attack.

“We started that in 1966,” Milford Wyman explained. “And, since I was so involved with the whole area of abnormal heart rhythms,  this was one of the ways to prevent sudden death from a heart attack. That was to prevent ventricular defibrillation, the arrhythmia that occurs right before you die when you have a heart attack. We were the first in the country, if not the world, to start a program to prevent ventricular defibrillation.

“We now have new methods to treat a patient that come in with a heart attack,” Milford Wyman explained. “They don’t go to a coronary care unit, they go straight up to the cauterization lab and the artery that was obstructed is opened up acutely. So the need for a place like a coronary care unit isn’t necessary.”

Wyman was on the ground floor in bringing coronary care units into existence. Now, his son is bringing in a new phase as an expert in opening up blocked coronary arteries. He is the head of that area at Torrance Memorial Hospital.

“Michael is exceedingly well trained,” the elder Wyman said. “He went to medical school at John Hopkins University … did his cardiology at Harvard and taught two years at the University of Virginia before joining me in 1988.”

The father and son duo worked closely on this history of cardiology.