San Pedro Screams for the Gold... 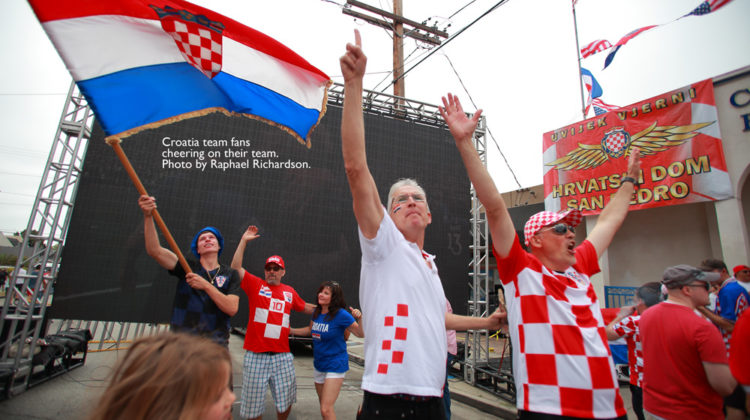 On July 15, more than a thousand fans — many of them wearing the red and white checkered jerseys of the Croatian national team — descended upon 9th Street, between Gaffey Street and Grand Avenue to watch the FIFA World Cup projected onto a 20- by 15-foot screen. Sure, fans packed the Dalmatian Hall and the San Pedro Brewing Co. But it was from the streets that fan enthusiasm could really be heard for blocks, rooting for the “Golden Team” playing 6,024 miles away. Fans of the French national team could be found on Western Avenue at Think Prime. However, the Croatians and their friends clearly outnumbered the Francophiles, locally.

In the end, the phrase “to come full circle” was appropriate. To come full circle usually signifies the completion of a work, like divine providence returning a prodigal son after he has left home or the completion of a project started in one’s youth that’s only completed later in life. For Peter Hazdovac, the president of San Pedro’s Croatian Hall, the Croatian national team’s second place finish in the FIFA World Cup was one of those completions.

Hazdovac, 32, didn’t get to savor the World Cup finals game with the same relish as the fans who watched the game outside of Croatian Hall. As the president of Croatian Hall, Hazdovac was too busy troubleshooting problems that are associated with large events.

It had been 20 years since there’s been a World Cup viewing party at Croatian Hall as exciting as Sunday’s World Cup final. Back then, a 12-year-old Peter Hazdovac was a fan and a player who actively followed the team’s exploits, including the team’s  for the World Cup in 1998.

The 1998 Croatian team was considered “golden” given the unprecedented number of stars playing on that team, including Davor Šuker, the winner of the Golden Boot for scoring six of Croatia’s 11 goals through that tournament.

Hazdovac noted that the 1998 team, “had just as many stars as this current team does now.”

Indeed, talk of the “second golden team” has emerged since the team’s second place finish July 15.

They say in soccer you get these generational teams that come together every 20 to 30 years. That’s what happened now, because in the past 20 years, the Croatian team has been just OK. Hazdovac explained the Croatian national team has placed in the top 15 in the world or so. Actually, they’ve placed in the top 20 range in the years between 1998 and 2003, never breaking into the top 10.

Hazdovac has a connection to one of the stars of the current Croatian national team — a starting defender named Dejan Lovren.

Hazdovac proved to be an effective scorer when he was with GOSK. He ended the season with a minor ankle injury and monumental doubts on whether he could earn a living as a professional soccer player. He returned home and for a year-and-a-half, he played for a minor league soccer team that traveled throughout the country to play.

“With anybody, you come to the point, where if you’re not making money doing something in order to survive on your own, you start to question whether you’re doing the right thing,” he said, reflecting on his experience. “I always have a little bit of regret that I didn’t stick it out for another six to eight months. You never know who’s going to see you and where your opportunities are going to break.”

Hazdovac ultimately joined the family business at Adriatic Travel Inc., a travel booking agency to Croatia his family has run since 1974. He later put his education in real estate to work by opening his own office in San Pedro and joining forces with his friend Mark Harper. They started Harper|Hazdovac Real Estate Team.

Though he admits this twinge of regret given the player he was, the man he is now is bit more philosophical about it.

“There was obviously a reason why I decided to do that,” he said. “But to see the players you were with make it is exciting.”

“I grew up playing in San Pedro, so I know all the guys [who] are from San Pedro; I know all the coaches and referees,” Hazdovac said. “My high school team was the No. 1 ranked team in the city, but we lost in the playoffs, so that was always that one thing that kind of ate at me a little bit.”

When he returned to San Pedro High School as a coach, the old dream of getting a city championship returned too.

“And, we did it this year,” the beaming soccer player-turned-coach said. “It just made my entire soccer career because I played with all my friends here and the people of San Pedro really supported me in college and into the professional leagues in Croatia. So to win in San Pedro kind of gave me the full circle.”

In soccer a player that scores three goals during the course of a game is called a “hat trick.” A lot of people live an entire lifetime with stockpile of unfinished business, unfulfilled dreams and wasted potential. At 32, Hazdovac has already performed a couple hat tricks in life: win a city championship for San Pedro High School is one, and bringing fresh blood into the Croatian Hall is the second.

It will be interesting to see what hat trick Hazdovac performs next.

For now hosting the World Cup playoffs where the Croatian team nearly pulled off the first place win is just another close attempt to a hat trick here in the community by the San Pedro Bay. 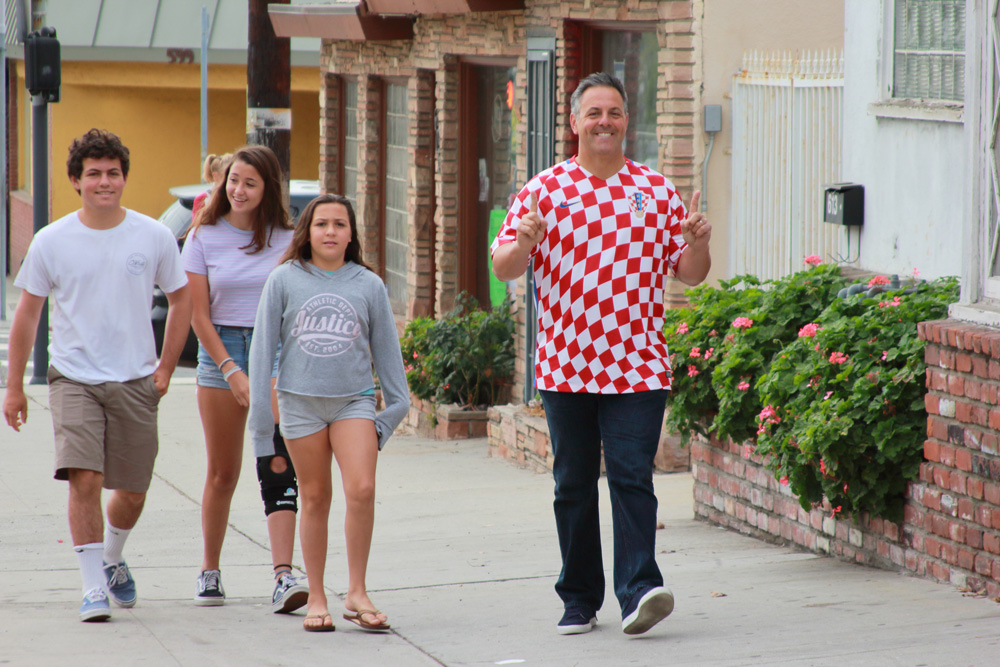 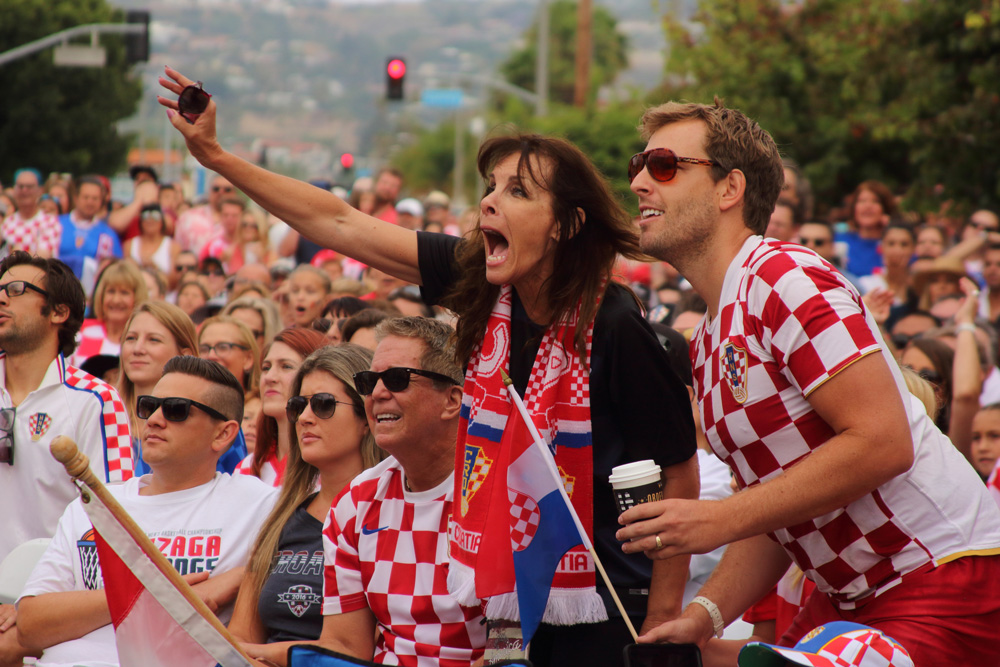 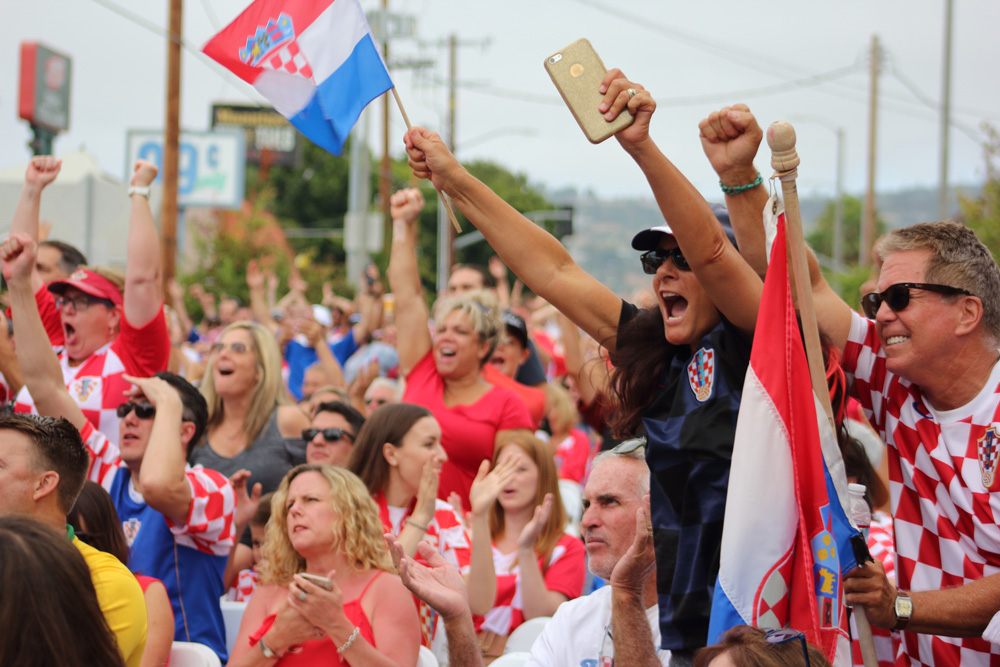 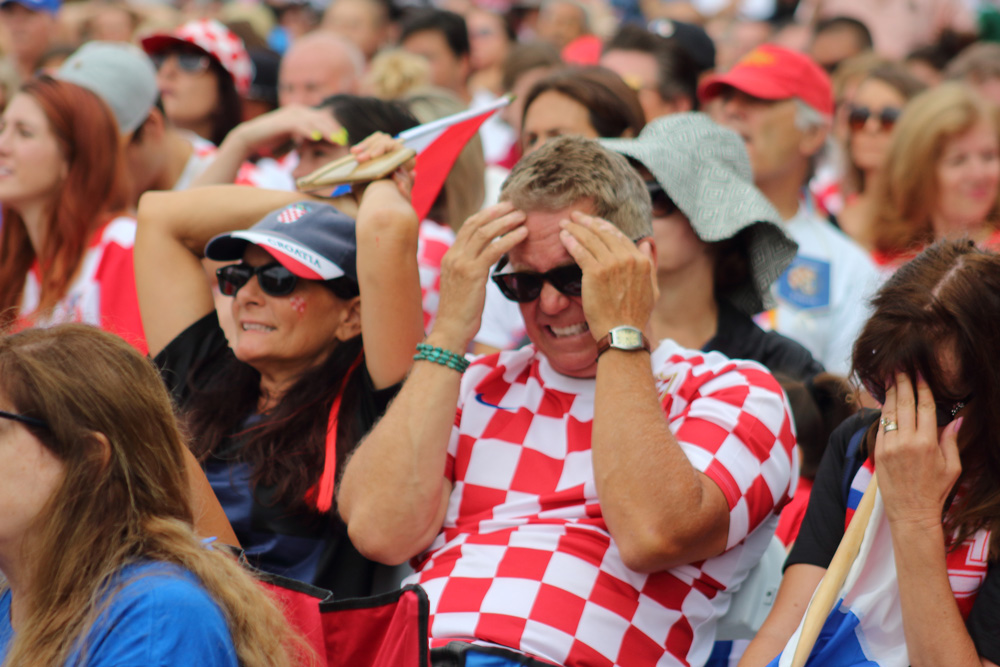 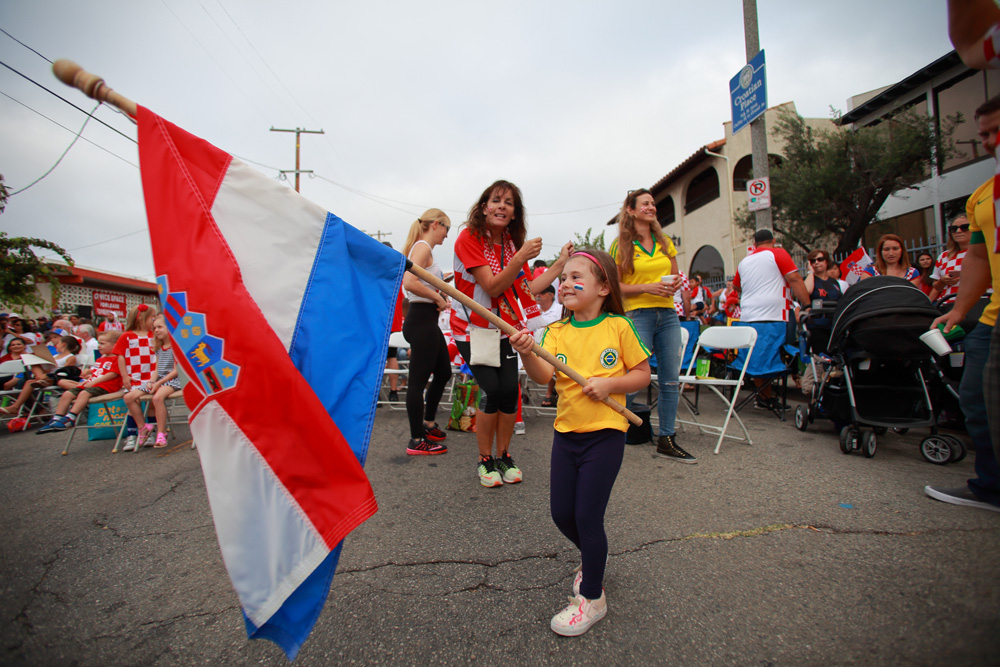 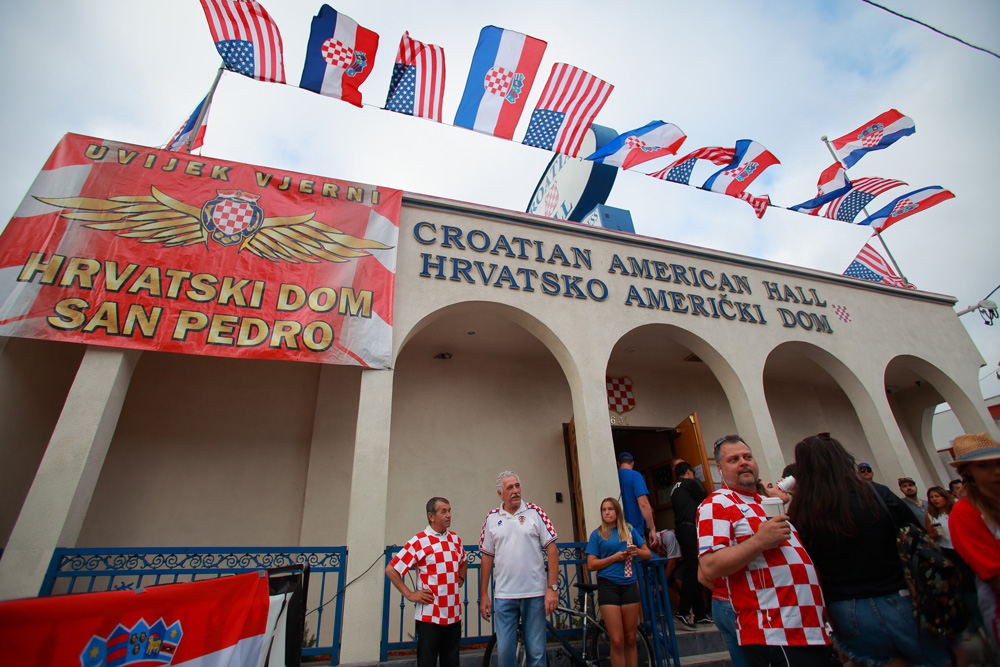 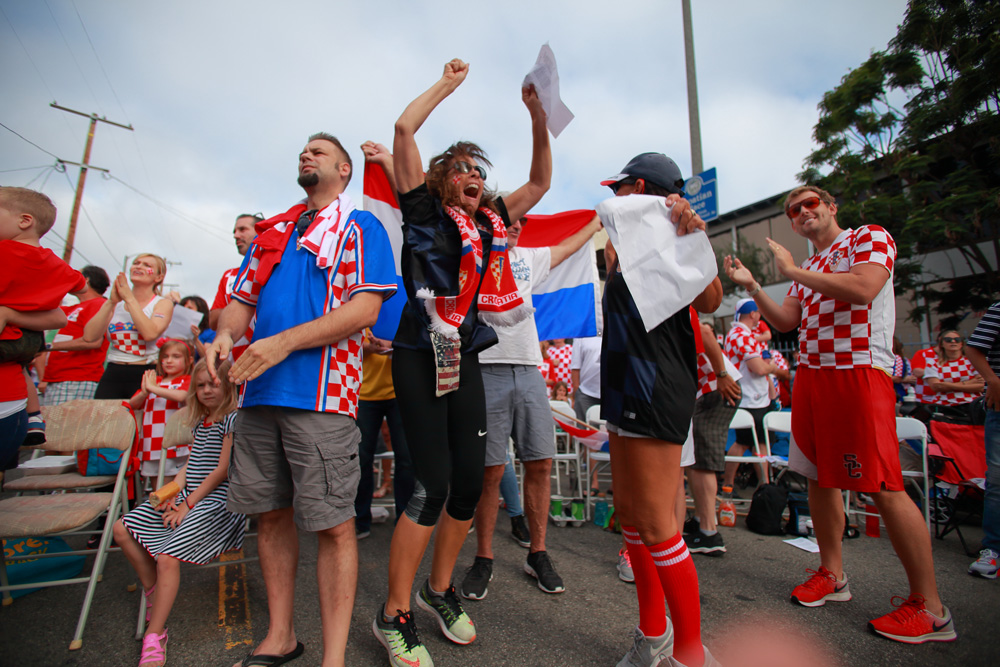 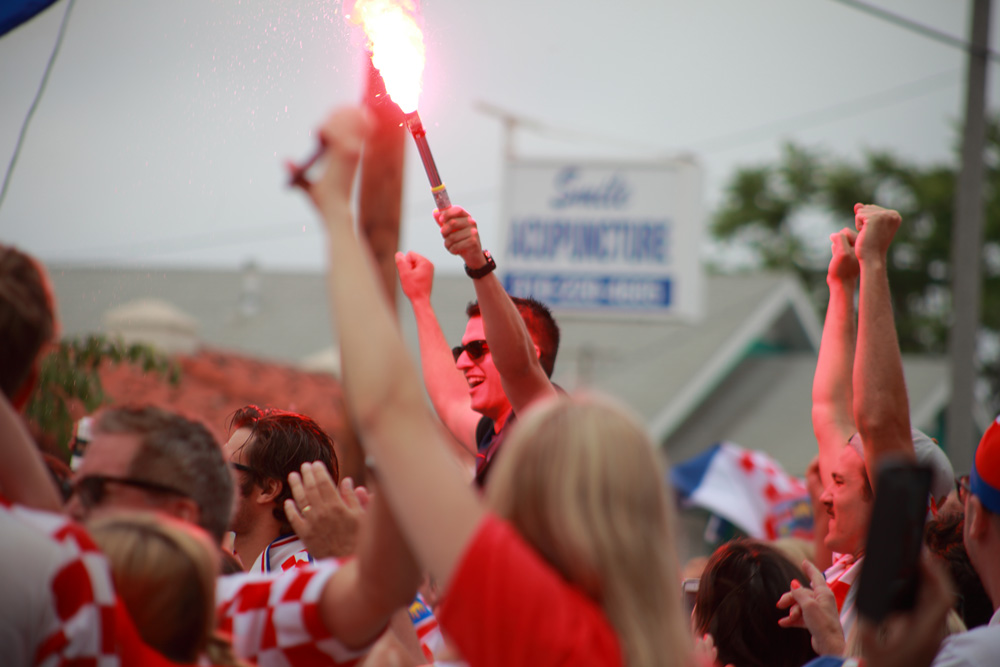 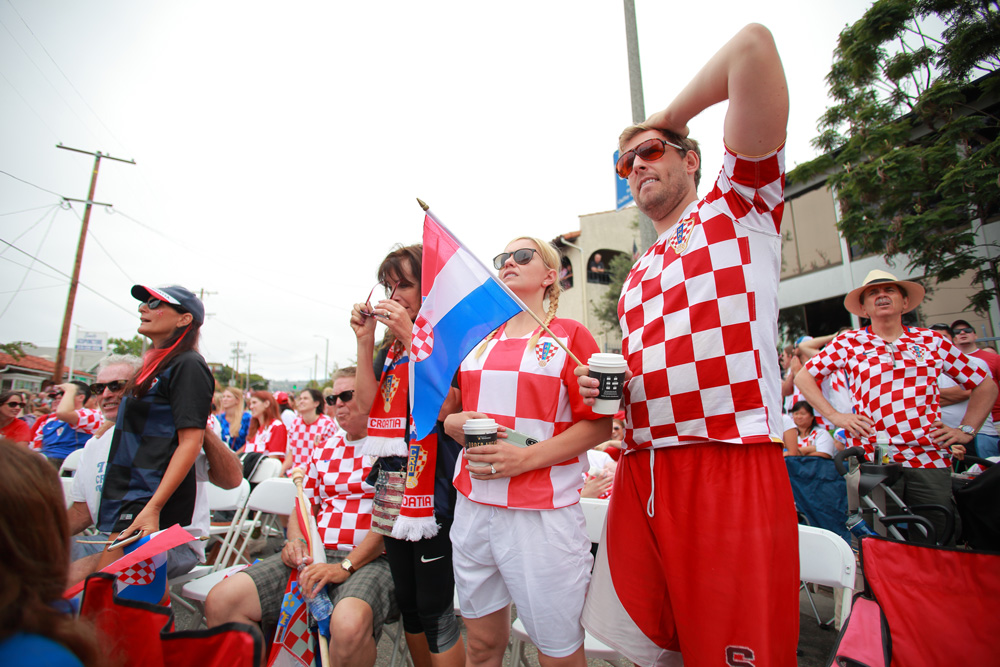 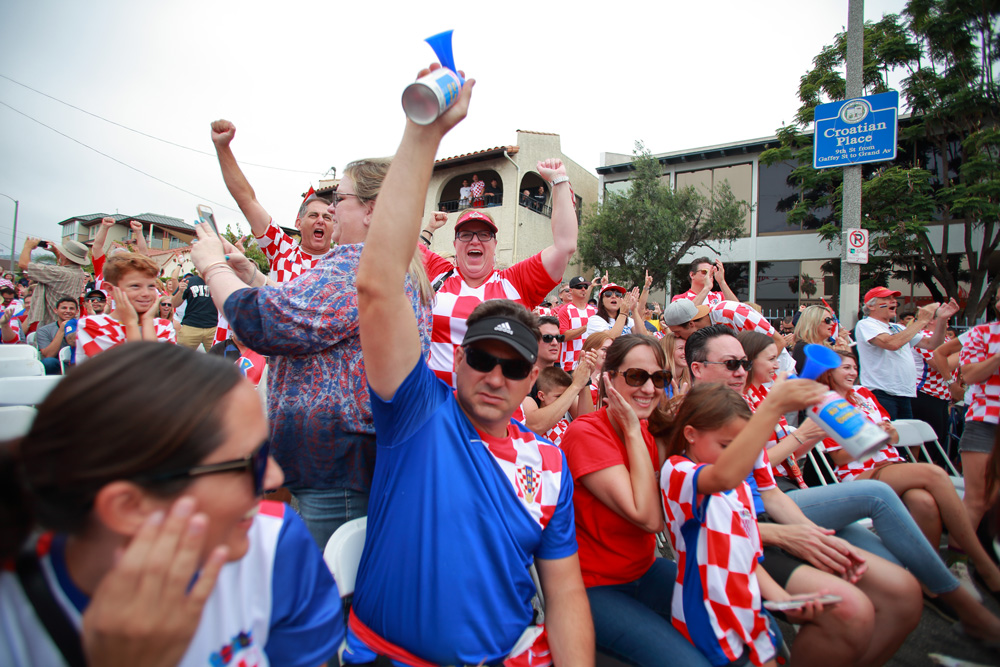 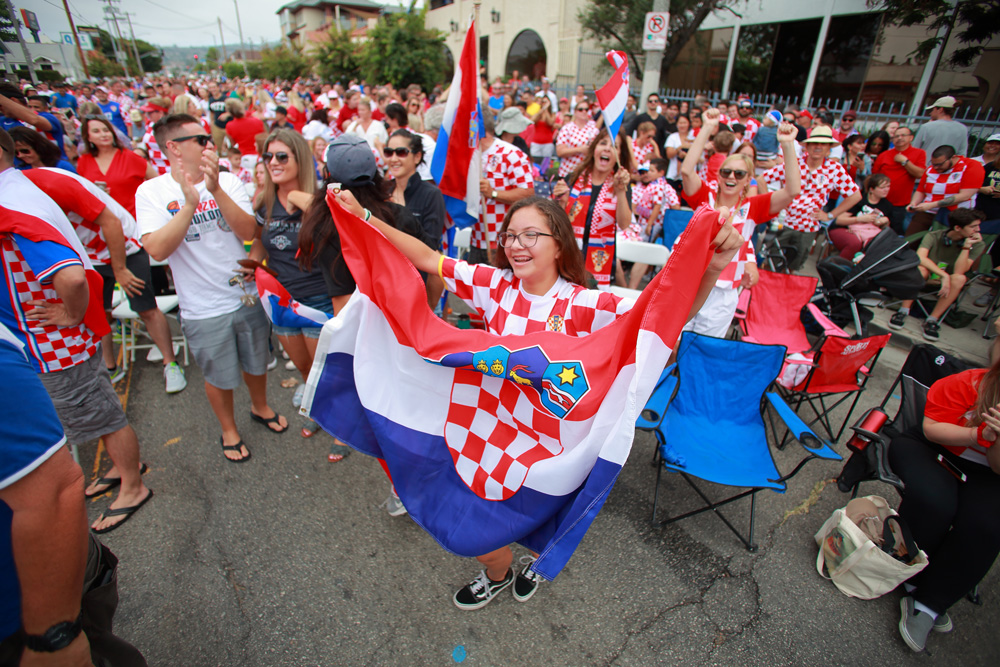