Waging the War of Words 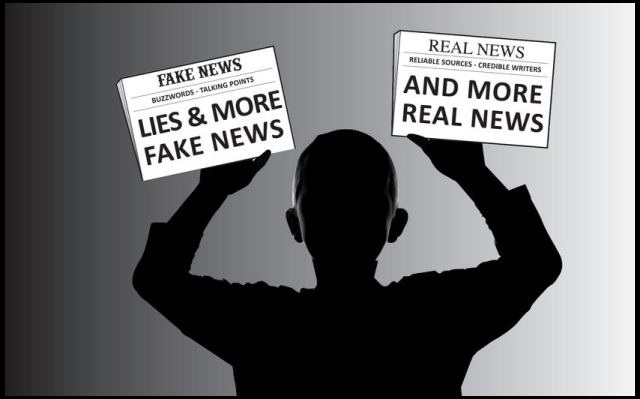 Waging the War of Words

I would bet that the vast majority of the readers of this paper, if not the people in the communities we serve, are shaking their heads wondering, “How in the hell did Congress pass such a convoluted tax bill?”

Or perhaps even, “How did Roy Moore nearly get elected in the recent Alabama senate race?”

The Alabama senate race as well as some of the state legislature and gubernatorial races across the country show how deeply partisan America is just now, entrenched in an ideological battle over cultural values, civil rights, property rights, sexual harassment, the Mueller Russia investigation and yes, President Donald Trump himself.

I am also pretty sure that most of my readers here, with the exception of Arthur Schaper, don’t regularly listen to Fox News, or read Breitbart or any number of conservative blogs, newsletters and websites. I’m right there with you. But these days, however, my inbox keeps filling up with stuff I routinely would dump in the trash, but I got curious lately.

So I started opening up a few of these emailed newsletters — like Conservative HQ, the Conservative Caucus and a gun  rights group — to see what they’re up to. My interest was piqued by the news reports on the growing number of conservative’ attacks on the Robert Mueller investigation into the Trump Campaign’s connection to Russian meddling in the 2016 general election. It just seems awfully suspicious that after successfully getting a string of indictments this past October  that Mueller’s FBI team would be accused of extreme partisan bias. One might think the Trump’s defenders protest too much.

What mostly goes unnoticed in the “liberal” media (a term I use sparingly given that the mainstream media is mostly owned by corporations that I’d deem less than liberal), is the mounting wave of coordinated “talking points” generated by the radical right to influence public opinion.  I’ll give you a little taste of what’s generating the anti-Mueller Russian investigation smear:

Peter J. Thomas, the chairman of the Conservative Caucus, continues with the following inflammatory accusations:

The putrid stench of this partisan witch-hunt that is specifically designed to overturn the results of the 2016 Presidential Election is so pervasive that it is making patriotic Americans gag from sea to shining sea.

The boldfaced copy is his not mine and of course it appears contrary to the reality that Mueller has a higher level of support than Trump.

Thomas goes on to tell his followers to send, “emergency contributions of $15, $25 and up to $100 or more to end this highly politicized sham investigation.”  This group, like many other “nonprofit” political organizations, just outside of Washington D.C. are nothing more than conservative front groups waging a war of words and ideas to fuel the Republican subset, Freedom Caucus, in the U.S. Congress.

These political action groups are derivatives of the radical right’s think tanks like the Cato Institute, designed to paper our nation’s capital with libertarian anti-government research papers, talking points and agenda settings to influence both the public and the conservatives in Congress.

That this wave of anti-Mueller investigation talking points just happens out of nowhere simultaneously is the kind of magical thinking that you’d attribute to the Flat Earth Society.

This war-of-words is specifically being used to derail a legitimate investigation into the influence these kinds of tactics had on the 2016 elections and to protect the Trump presidency.  It’s obvious to those paying attention that Trump can’t fire Mueller without looking more guilty than President Richard Nixon did when he fired Archibald Cox.

With the investigation inching closer to discovering what collusion there actually might have been between the Trump campaign and the Russian social media psyops program,  the only defense is to discredit the investigation and obscure the allegations with confusion.

So Fox News and Breitbart started picking up the attack on Mueller and he knows that this is the game to throw him off the trail and the Trumpster team knows he knows it and they pretend they aren’t doing it.

What they are counting on is that the 48 percent of the people in rural Alabama who somehow justified voting for Roy Moore (or the 15 percent in San Pedro who somehow still support Trump) don’t know it’s the game.  What they are counting on is you starting an argument with some idiots on Facebook or at the local bar (that refuses to have Fox News on the TV) over the buzzwords and the real fake news that is being pushed on us by these conservative drones trolling the internet.

In the end, what we are witnessing is a nation divided by where it gets its information. As a result, we are seeing arguments exploding over not actual news, but talking points and buzzwords masquerading as news. This is a classic disinformation campaign. The kind you see right out of the playbooks of our own spy agencies use on foreign countries. What is baffling to our American sensibilities is that these same tools of media disruption are now being used against our own unsuspecting republic.

This is why getting to the bottom of the Russian psyops influence on the 2016 campaign is so important. It might wake up whole groups of people who have been trolled and influenced all this time since Trump launched his campaign for the presidency.