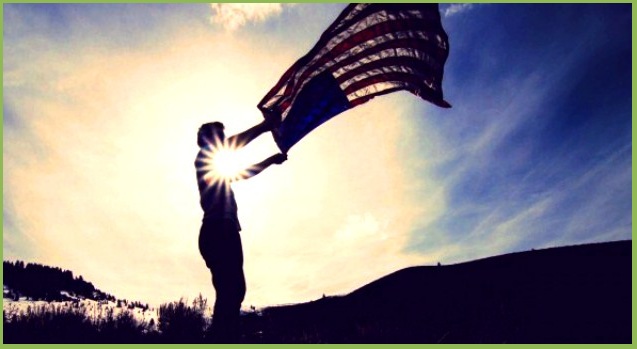 These days, the extent of our outrage at public policy, government misdeeds or private injustice comes in the form of a retweet, a repost or an online rant in all caps in 140 characters or less. Indeed, if there is ever a revolution, it won’t be televised, but it won’t happen in the wake of mass marches either.

The elevation of Donald Trump to the presidency is proof that raging against the machine through social media is no substitute for electing preferred candidates or pressuring our elected representatives on issues closest to our hearts. Siblings David Legacki and Nicole àBeckett are the founders of SameSide, a platform to engage community in activism and support entrepreneurs. Photo courtesy of Nicole àBeckett

This is the conclusion reached by San Pedro-natives, David Legacki and Nicole  àBeckett, after the 2016 election. Rather than just throw their hands up in despair, the siblings combined their political ideals with their interest in supporting small businesses. They founded SameSide.

Its model is simple. SameSide partners with progressive advocates to create an experience with a venue, whether it’s a comedy show, a pop- up restaurant with cutting edge chef or brewery tour. These venues serve as a space where participants connect with like-minded people and get invigorated by calling stakeholders and/or writing letters to their representatives. Participants pay for the experience and most of the money then goes to the business owner or host. SameSide takes a small percentage to support its business.

“People get involved in the political action through supporting the entrepreneurs or businesses that support the same cause,” explained àBeckett, who now lives in Los Angeles. “The reason we have cost is that our host puts it all together. We want them to be invigorated to keep doing it.” Recently, SameSide promoted Dining for DACA at Santa Luna restaurant in Wilmington. Dining for DACA is an initiative SameSide came up with to support  Deferred Action for Childhood Arrivals, which has been threatened by the Trump administration, by partnering with restaurants, most of which are sensitive to those issues.  For $35, participants were introduced to the business, treated to a three-course meal and called to action.

“I am so happy to host … to get involved,” co-owner and Santa Luna Chef Antonio Castañeda  said, speaking Spanish. “I didn’t have the opportunity that dreamers have…. For me the dreamers and I are one because Santa Luna comes from a dream. It’s an obligation to have a dream and generate an impact with what you know how to do.”

“Growing up I wasn’t aware of it,” said Angelica Brambilia, one of the attendees. “I sympathize and realize that it could have been my family.”

“If it wasn’t for DACA I wouldn’t be here,” said Fernando Navarrete, a field deputy for District 15 Councilman Joe Buscaino and a DACA recipient. “We have people who are supporting but we have to have a Dream Act. We contribute to the economy and [many of us] earn our bachelors with little or no funding.”

“As Latinos we have an obligation to our parents,” said Gabriela Medina, District Director for U.S. Rep. Nanette Barragan, “We need to be reminded not to be complacent…. Tell your elected officials what you want.”

A few years ago, Legacki left the corporate world to serve as a Navy Seal. There he met people from different backgrounds, ethnicities, creeds and political spectrums. What he learned is that regardless of their dissimilarities they all were able to have each other’s back and, at the end of the day, break bread together.

“The military is the last melting pot where we are forced to work with people,” Legacki said.

He came back from his service yearning for that sense of family and accountability.

In the 2016, the country came to a standstill when the Electoral College voted in Donald Trump as president of the United States.

“I couldn’t sit idly in this day and age,” Legacki said.

Thousands took to the streets to protest the inauguration of one of this country’s biggest embarrassments.

Women marched in major cities to show their discontent with the new Twitterer-in-chief, his contention against women and the policies that a Republican Congress was supporting. àBeckett was among those women.

But she was frustrated, she felt that marching and raising funds were just not enough. There needed to be more palpable ways to take action.

The two put their heads together and came up with a concept to bring people together, share experiences and help hearten both participants and hosts to make a difference.

“We didn’t ask them to do anything they didn’t want to do already,” Legacki said. “We quit our jobs to do this. I have a 2-year-old and I couldn’t imagine telling him I just had a day job.”

The first experience was a phone banking event supporting Sara Hernandez, a progressive woman for Congress.

“At the end of the day, [participants] were joking, competing; they became friends,” Legacki remembered.

After the phone banking, the hosts took participants to a brewery tour in the arts district of Los Angeles.

“In a nutshell, we are a marketplace for experiencing political engagement, music, arts and culture,” àBeckett said. “This model can be scaled to support any issue.”