Deck the Streets of Downtown S... 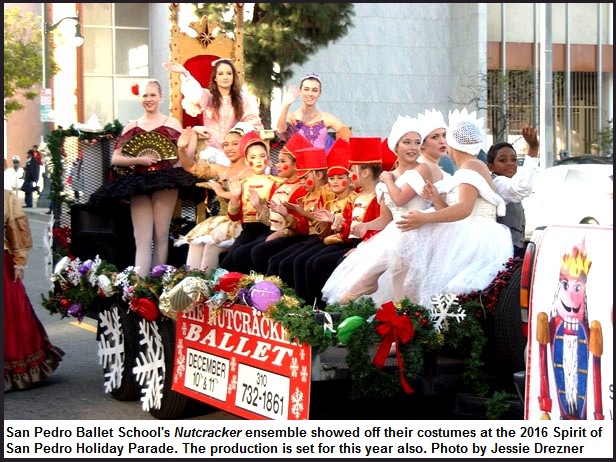 Line up on the streets of San Pedro to witness the joy of the holiday season as it parades through Pacific Avenue. The 37th Annual Spirit of San Pedro Holiday Parade is from 1 to 3 p.m. Dec. 3, and you won’t want to miss it.

The event, which takes about half a year to prepare is a collaboration among several community groups such as the San Pedro Chamber of Commerce, the Beacon House, the San Pedro Elks Lodge #966, the office of Councilman Joe Buscaino and the Los Angeles Police Department.

More than 9,000 people will enjoy the parade of little leagues, scouts, high school bands and equestrian units marching through its downtown area. The San Pedro Ballet City Ballet will also be showing off their moves in Nutcracker costumes. And, of course, the holiday parade would not be complete without the presence of Mr. and Mrs. Claus.

Click here to read about the Holiday Afloat Parade

Holiday Afloat Parade is Back Lights will adorn the ocean shores as a regalia of boats float upon the Los Angeles Waterfront to welcome the holiday season.