From Giving Tuesday to Giving ... 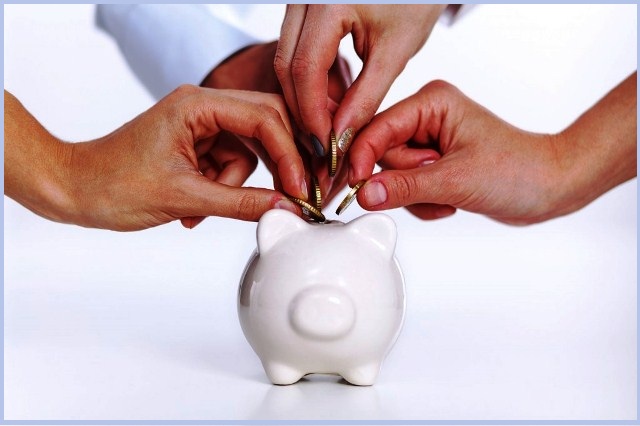 From Giving Tuesday to Giving Away America

Everyone should be very concerned when our governments start rushing tax legislation through in the middle of the holiday season … especially this year!

Could it be any more distracting? First, it’s all the uproar and outrage over sexual harassment in America  triggered by the Groper-in-Chief and his Alabama surrogate Roy Moore in his critical race for the U.S. Senate. Then there’s the  family dinner, during which we argue about it before we’re seduced into racing out to the Black Friday sales and Small Business Saturday (shilled by American Express as a faux shop local promo). Then we get shop-til-we- drop behind our computer screens during Cyber Monday as our anxiety level spikes over worry that our credit card accounts are being hacked.

Then, after all the exercising of our arms from pulling out our wallets, we’re faced with the entreaties of deserving local charities for “Giving Tuesday.” If at the end of all of this giving and grief you still have enough money to pay the property taxes by Dec. 10, you should consider yourself lucky. Don’t get me wrong, I’m not making an argument for being a Scrooge McDuck but rather suggesting there’s another way.

Government — all government legislatures, that is — should go on recess between Thanksgiving and New Years Day and give us all a break from the political drama. Then come January, an appropriations bill should be passed to fund all of the non-religious, non-political nonprofits in the jurisdiction with taxes from the top 1 percent of wealthy American corporations.  Most of them like to show how generous they are anyway, so let’s just make it mandatory as part of their civic obligation. Most of the nonprofits in our community and our country do a great deal of good work that government doesn’t do or wouldn’t do well if it did.  So, let’s do away with making charities beg for money and let them just do the good work they intend to do — without private influence attached.

More to the point is that tax breaks for the wealthy don’t put more money into Main Street, where you and I live and work. It puts the vast majority of that largesse into Wall Street, where corporations will first buy back their own stock — artificially inflating the price. It allows for more mergers and acquisitions that consolidate markets not expand them. It does little to create jobs or increase opportunities but it does inflate the value of the stock market.

We’ve been sold “trickle down” economics so many times that it’s almost beginning to sound like a vaguely familiar Christmas Carol from the 19th century.  And it’s been proven not to work three times in the past half century. It even helped cause three different recessions rather than sustainable economic expansion. The deal is that small businesses and start-up companies are this nation’s primary job creators. This is where tax breaks, tax incentives and banks should be investing. The old adage goes if you give a poor man a hundred bucks in the morning, at the end of the day it will end up in the pocket of the rich. This is truer today than it was a century ago.

However, the delusion that is rampant in the U.S. Congress about reducing the corporate tax rate is not just a Republican idea.

On Dec. 1 our very own Democratic-leaning L.A. City Council is primed to give away a tax break worth $103.3 million to New York developer, Lightstone Group to build three hotels adjacent to the L.A. Convention Center creating some 1,110 hotel rooms. This once again shows the inequity in the distribution of tax breaks designed to solve the hotel unit shortage non-problem, not the city’s housing crisis. By the way, this tax break only creates 804 permanent jobs.

This has the support of San Pedro’s very own Doane Liu, now executive director of the Los Angeles Department of Convention and Tourism Development. This is just one of three (possibly more) such tax giveaways the city council has made in the past 12 years on developments being built in downtown Los Angeles.

The solution is not to pour more money into the top, but to build a healthy economic ecosystem from the bottom up — one in which most participants, especially the middle class,  have plenty of money to spend.

Both Congress and the city council are making the same mistake of giving tax breaks to those who need it the least, while ignoring Main Street businesses and the working class, who need it the most.

Imagine for just for one moment that the Los Angeles City Council started investing into San Pedro’s Waterfront the amount that it is investing in downtown Los Angeles right now. I know Giving Tuesday has passed, but it’s not too late to keep asking, demanding a better deal on who gets the tax breaks.