Two Short Years and Miles Away... 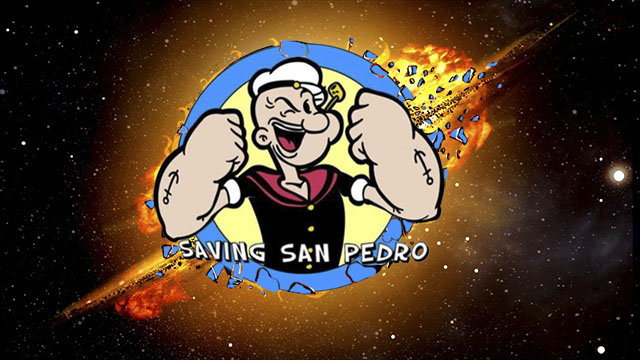 Two Short Years and Miles Away from America

From the White House to the shores of San Pedro

It seems like it was just two short years ago that we lived in a country that was moving forward past historic racial divides with the election of the first black president —a man who brought intelligence, grace and compassion to our highest office without a hint of scandal.

President Barack Obama wasn’t perfect, but he brought respect to the office, leadership in international affairs and led our nation out of one of the worst economic disasters since the Great Depression. And, for all of this he and the Democratic Party were attacked by conservatives and derided for ultimately passing the first step in universal healthcare coverage — a goal that has eluded liberals since Harry Truman was president.

However, we were not living in a post-racist America, which as we soon learned from Ferguson Mo., as well as the streets of Los Angeles and New York City. Obama took great pains not to appear to be the angry black man in the White House. But the conversation we didn’t have during the eight years with Obama as president was exposed by his successor in less than eight months.  Trumpism has roused and inspired some of the most racist, bigoted and intolerant voices that I have observed since the conflicts of the Civil Rights era. No part of our nation has been spared from this uprising of intolerance.

We don’t have any Confederate statues here in San Pedro, which is one of the most distant places from the nation’s capital in the continental United States, but we do have a legacy of the Klu Klux Klan, right here on 10th Street in what was known in the 1920s as Klan Hall.  The history and remnants of racism in Southern California are too many to list here, but all one needs to consider is that both during and after the Civil War the “Southern” part of our geographical name was more than a description of place. Los Angeles has struggled with this history ever since and has not completely come to grips or peace with itself.

Apparently, in this most southern part of the city of Angels, in one of the last enclaves of authenticity and working class suburbia, intolerance still has its place and survives side by side with some of our most progressive, artistic and majority-Democrat residents.

Curiously, the uprising against the growing homeless encampments and the motion to support tiny homes by the Central San Pedro Neighborhood Council back in 2015 presaged the Trumpism that swept red America just one year later.  Here they called it Saving San Pedro; elsewhere it was coined Make America Great Again, but it amounts to much the same thing — intolerance of the “others.”

Since that time, the SSP folks gained control of two neighborhood councils and failed at their attempt to make San Pedro great again or to take it back to some mythical Leave It to Beaver time period before all the tuna canneries and the shipyards closed leaving some 30,000 workers unemployed. The San Pedro Harbor Area still hasn’t fully recovered from the policies of the Ronald Reagan trickle down economic model that are just now being refloated by a Republican-led Congress as “tax reform.”

What is even more curious — locally — is that just when San Pedro Magazine came out with front page homage to the Saving San Pedro uprising, the social media derived community group was in the throws of dissolving back into whence they came ­— a Facebook group of grousing discontents spreading incivility and crass accusations.

Amidst its implosion, they lost control of the neighborhood councils they had won in 2016.  At least one of its members blamed me, the former president of Central San Pedro Neighborhood Council, for its members’ incompetence at governing and politics.

From my perspective, they were victims of their own vitriol and inability to unify around anything other than their own intolerance towards others. What has come back to replace them are some of the good people who I know exist here and all across this nation, who have a greater sense of commitment to solving the big problems, rather than shaming victims.

Los Angeles Police Department Chief Charlie Beck once called San Pedro “the biggest small town in all of Los Angeles.” He may be right. San Pedro is a microcosm of the best and worst that can be found anywhere in this city. It’s just that here one can see it up close without the veneer of Hollywood hype or the subterfuge of City Hall.

On this last point of concealing the truth, Nathan Holmes, Councilman Joe Buscaino’s new development director for the 15th Council District, who announced that there are currently 420 new housing units in progress for San Pedro, sheepishly admitted at a chamber meeting that only three of those units will be for low-income residents. This is hardly a solution for either the crisis of rising housing costs or the cure for homelessness.

One can only wonder how long it will take for the current regime in D.C. to implode.