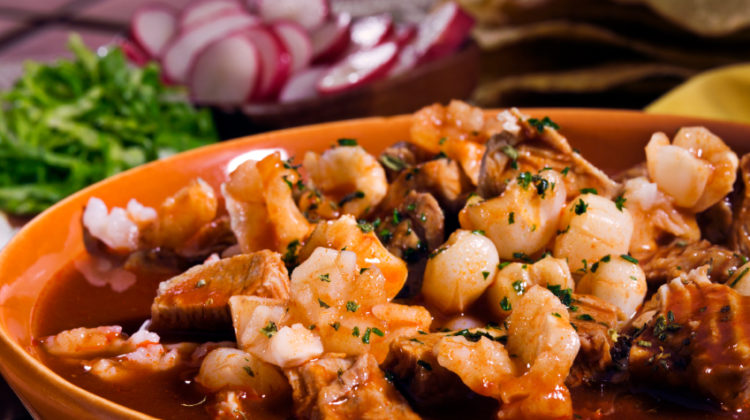 Wilmington has a longstanding relationship with pozole. I have fond childhood memories, dunking corn tortillas into the rich hominy soup flavored with chiles and slurping them up, almost like noodles. But pozole has been more than a meal in Wilmington’s homes, it has been part of the local economy.

The Latino soup company, Juanita’s Foods, has been making pozole in the neighborhood and shipping it to stores nationwide for decades.

So, it was appropriate for a pozole contest to be featured at the United Wilmington Youth Foundation’s Latino LA Festival on the first Saturday of October. The festival also featured music and dancing, a car show and booths with community resources. But since these types of festivals happen regularly sans pozole, this festival seemed to have a more authentic connection to Latino culture.

“Pozole! It’s so easy to cook,” said Sylvia Arredondo, former volunteer with the UWYF and current President of the Wilmington Neighborhood Council. “You can load a pot with everything for a hearty meal and then enjoy it with family and friends.”

Judges and onlookers approached the contest with similar excitement. Nine cooks participated in the contest; each prepared pozole according to personal preference and several different styles emerged. Some were deep red with big chunks of pork, others were green with shredded chicken, most contestants shared one humorous commonality their inexperience with soup from a Juanita’s can.

“I’ve always had homemade pozole,” said Maria Elena Amezcua. Both her grandmothers made pozole for her and family growing up. They were both tasty, yet the flavors were distinct. “My dad’s mom was from Michoacan and my mom’s mom was from New Mexico. When I started making pozole I mixed the styles and made my own recipe.”

Another contestant elaborated on the difference between New Mexican and Mexican pozole.

Venegas is of Mexican descent and grew up eating that cuisine.

“[But] my wife and her family are from New Mexico,” Venegas said. “She revolutionized my taste for life through cooking.”

Venegas is not just saying that either. Every summer he and his wife, Roberta, make a pilgrimage to a farm in New Mexico, where her father used to do business; on the return trip the car is strained by 400 pounds of chile.

Venegas made a green pozole; the color of the soup comes from tomatillos and fresh hatch chiles. Roberta went with her own recipe for a red pork pozole. Both prefer the red variety, made with aged and roasted chile. But the couple were showcasing the versatility of the New Mexican chile.

A fun aspect to eating pozole is choosing the soup’s topping. The most common are cabbage, cilantro, chopped onion and lemon or lime wedges — and if you’re lucky, radishes too. Most contestants at the festival offered the cabbage, citrus and onion. I spotted a couple of bowls of sliced radishes. Caesar Gallardo, a green pozole entrant, offered avocado slices as well. He thought they paired well with the tang of the tomatillos. Vanegas and his wife had bowls of fresh green and roasted red chile for anyone who wanted more kick.

Curiously, Roberta offered bolios (small savory loaves of bread) for dunking, rather than the tortillas I grew up with. She attributed her choice to her Southwestern roots as well.

To the envy of all festival attendees, only the judges got to sample each pozole. They judged each on flavor, presentation, piquancy and hominy-to-meat ratio. Amezcua’s red pork pozole won first place; perhaps the judges appreciated the combination of familiar Mexican flavors and the New Mexican chiles. She received $300.

Vanegas won second place and $200. He was grateful to his wife and a little boastful for his soup being chosen over hers.

The cooks took pride in their distinct chiles, cuts of meat, amounts of garlic and simmering times. But almost all of them had one more thing in common that’s worth noting: a connection to family. Most participated because they had served their pozole to their loved ones and were praised for it. Many entrants also had children at their sides, watching their parents serve and then helping to clean up — the next generation of pozole masters.

Gallardo was particularly proud to pass on his knowledge.

“My son didn’t cook a lot with me when he was growing up,” Gallardo said. “But he’s in college now and I’ll get a call from him and he’ll say, ‘Hey, how do you make that guisado with the curry or how do you make the green chile pork.’”