Blind Allegiance is Not Patrio... 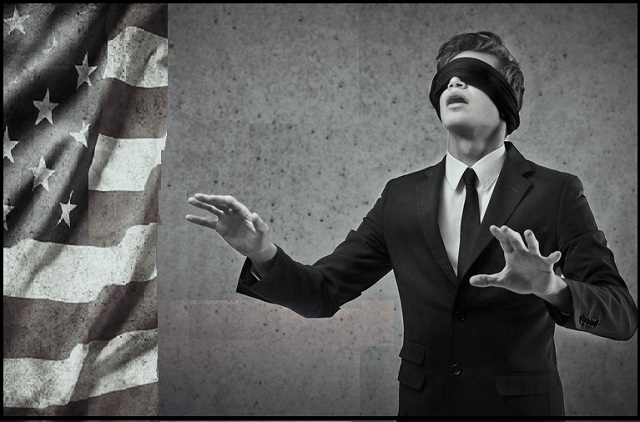 Blind Allegiance is Not Patriotism

NFL players have as much right to protest as anyone else

I have been thinking lately that I should be reading a book on the fall of the Roman Empire as the Twitterer-in-Chief is waging wars and picking fights with kneeling NFL football players while significant portions of our country are being submerged by massive hurricanes and historic floods — as if his own twitter-storms haven’t stimulated enough resistance to his unpopular reign of error. No. 45 still hasn’t drained any swamps in Washington D.C., Texas or Florida.

That there’s a swamp in his own administration is laughable. A couple of years ago, Sens. John McCain and Jeff Flake released a report on the $53 million the Department of Defense paid to professional sports for the inclusion patriotic displays during games between 2012-2015. We still have performers singing the national anthem, color guards leading crowds in the Pledge of Allegiance and parachute drop-ins from planes to start the games says that  taxpayer money is still being doled out.

I have written previously about my support for Colin Kaepernick’s kneeling protest. I am even more inspired by the growing solidarity across the spectrum of professional sports such as the NFL, NBA and even Nascar. Local high school teams are “taking a knee” and linking arms as the national anthem is played. This is a powerful statement on the national stage of sports TV that will engage a whole set of beer drinking fans to question the meaning of overt flag waving and blind patriotism. This, however, is nothing new.

Some will remember heavyweight boxing champion Muhammad Ali’s protest of the Vietnam War in 1967 when he refused to be drafted. Ali lost his title and was convicted of draft evasion.

In the following year at the summer Olympics in Mexico City, track medalists Tommie Smith and John Carlos gave their iconic black fist salute when our anthem played — both were powerful statements on the world stage of sports. These acts of protest and resistance took courage and sacrifice on the part of these athletes and others and it cannot be overlooked that the majority of them are black Americans. That white America is still shocked, amazed or upset only begs the question, why?

It seems to also go slightly unnoticed, but in clear view of anyone paying attention, that these displays of patriotism are not so subtle forms of national propaganda to inspire recruitment into our armed forces and making military service “heroic” if not fundamental to “being an American.”

The same might be said of the U.S. Navy’s Fleet Week enterprise that hosts the public at almost every major U.S. port once a year including San Pedro.  It’s great to see the sailors and to open up our town to the publicity, but the underlying propaganda of this event is only questioned by some. Few ask, “Why do we need to spend $54 billion more for defense when our schools, healthcare and infrastructure need it more?”

This of course opens the door to even larger questions about the cost of maintaining American military dominance and why it is necessary. The Pentagon and related spending totaled $598 billion, about 54 percent of the fiscal year 2015 U.S. discretionary budget. For FY 2017, President Barack Obama proposed the base budget of $523.9 billion, which included an increase of $2.2 billion over the FY 2016-enacted budget of $521.7 billion.

And yet, when the Republicans in Congress look to cut taxes and spending, the military is a sacred cow, or more precisely a permanent expenditure to maintaining empire.  Ultimately, it will be the defense budget, not Social Security or Medicare, that bankrupts our country.

In all of the protest and controversy over the national anthem and the Pledge of Allegiance, Attorney General Jeff Sessions defends the Twitterer-in-Chief’s stance on NFL players not standing for the national anthem, but comes out swinging for free speech for conservative speakers on campuses.

What rankles Sessions and Trump the most is that these famous sports stars who are looked up to by millions of fans still have a conscience about injustice in America even while they make huge salaries entertaining them.

So maybe, just maybe, we need to rethink our national anthem. Some suggest Woodie Guthrie’s This Land is Your Land — as it is called the “people’s anthem” or might we invite the ghost of Jimi Hendrix to play his instrumental version without the lyrics at the next Super Bowl?

In the end, Grand Apprentice Trump has made America more divided over the symbols of Americanism and accomplished nothing of substance to improve the lives of the majority.  He is the best example of why making government work like a business is such a bad idea —particularly when the guy who gets elected is so atrociously bad at business himself.  And yet, with all of the intelligence and frankness that Obama exhibited as president in his 8 years in office, he could not raise the public discourse on racism in America to the height that Trump has in just 8 months!

And just for complete transparency, I haven’t said the Pledge of Allegiance since I was 17 years old at the height of the Vietnam War. Blind allegiance to a flag doesn’t make one more of a patriot, nor does it secure the liberties enshrined in our constitution. Kneeling during the National Anthem doesn’t make you less of a patriot either.