Explore the Culinary Traces of... 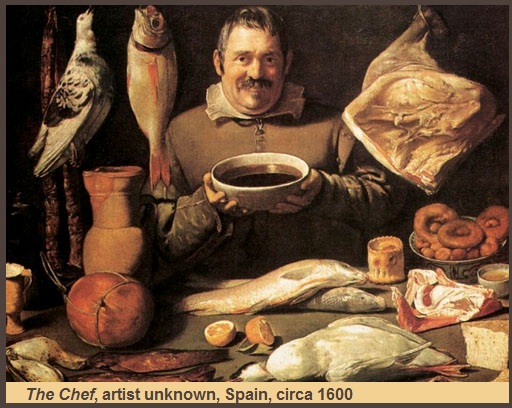 Explore the Culinary Traces of a Vanquished Empire

I make a living with words, but like anyone else I’m sometimes careless with them.

I was reminded of this during an email exchange in which someone mused about Hispanic cuisine, and they did so in response to and email where I had used the phrase “Latino cuisine.” We had been using those words interchangeably, but was there a definite difference?

There is, and you can prove it in the usual manner. Do a Google search for “Latino restaurants” and “Hispanic restaurants” and the top hits will be Mexican, but there are divergences down the line. The Hispanic list will include references to actual Spanish eateries, while the Latino search includes Caribbean and South American places.

That’s as it should be, because technically all things Latino-American are a subset of items that are Hispanic. Hispanic refers to the culture of Spain and Portugal (the ancient Roman province of Hispania), while Latino-American is about cultural fusions in the Americas that include Spanish influence.

Spain’s culinary heritage spread via its empire, which peaked in the 1600s. You may have heard the slogan, “The sun never sets on the British Empire.” But not only was the Spanish Kingdom a major worldwide colonial power, that phrase was first said about the Spanish, not the British. There were Spanish and Portuguese in both east and west Africa and in Asia, which is why your command of those languages will be useful in places as diverse as Angola, Macao, Mozambique and the Philippines.

And of course, the Spanish impacted Central America and its cuisine; though once you get any further south than that, things get complicated. From the Mexican border through the Isthmus of Panama there are two major elements to the fusion, the Spaniards and the Native Americans. That doesn’t mean there is one cuisine, because the native people had highly developed cuisines based on their ecologies. All used corn as their primary grain, but the Aztecs in the high plains, Mayas of the Yucatan jungles and Zapotecs in the mountains around Oaxaca had different seasonings and ingredients available. Those cuisines are still distinctive after hundreds of years of European influence.

Central America south of the Mayan culture had smaller cultural groupings in less diverse ecologies, and their cuisines were almost lost shortly after contact with Europeans. There are minor Afro-Caribbean influences, but none from the Inca, the greatest civilization on the southern continent. The impenetrable jungles of Panama meant that the rich traditions of the Incas and their staple crop, the potato, never came north until Europeans made the transfer.

Once you get to South America, Latino cuisine has a host of influences. Brazilian food is almost as African as it is Spanish, and Argentinian food might be described as what would happen if an Italian, a cowboy, and a Spaniard were locked in a kitchen together. An 19th century influx of Chinese railroad workers and Japanese farmers makes Peruvian cuisine a Euro-Asian fusion that existed long before Californians thought they had invented something. And that list doesn’t even get to the cuisines of the Caribbean, which have fusions of Latino and French, British, and even Dutch elements.

Another Latino cuisine that you might not have considered is further north. The historic cuisine of the California ranchos was obliterated by Anglo settlers, but they bypassed New Mexico, so rich traditions there survived more or less intact. The place most people don’t consider as Latino is the American South — Spain ruled Louisiana for more than 50 years and there are echoes of paella in jambalaya. Not convinced? Consider the name of the peppery Louisiana pork sausage called chaurice — sound like a Frenchman trying to pronounce chorizo to you?

In fact, let’s take a look at other variants of chorizo to show how diverse one staple of Latino cuisine is. Here in California, we usually get Mexican-style chorizo, a greasy, crumbly pork sausage that is sold fresh and is usually cooked into eggs. (This is one of many regional varieties, but it’s the default so I’m sticking with that to reduce confusion. I’ll add the confusion back in soon.) The original chorizo of Spain is also a pork sausage and shares the use of garlic and paprika, but it has a much coarser grind of meat, less fat, and is sold ready to eat after being cured and aged for months. The two versions of chorizo are not at all interchangeable.

Things get odder further south. Brazilian chouriço usually contains some pork blood, vinegar and a bit of sugar, Argentine chorizo has ground bell pepper, and Ecuadorians add cinnamon and cumin. There are plenty of other variants. I used chorizo as an example, but might have chosen plenty of items; tamales have a geographic and stylistic range that goes from Mississippi to Peru.

So what does all this mean for someone in the Harbor Area who is dining out or cooking at home? In restaurants it means you should keep an open mind about the things you are served, because there is a vast stylistic variety. If the thing on your plate is markedly different from what you’re used to, it’s probably not that they made it wrong, but that they follow a different tradition. Ask your server about the regional style and you’ll probably learn things that will inform future experiences.

For those who are cooking at home, it’s worth keeping in mind that those differences exist and so do stores that stock just about any variety your recipe calls for. You may end up making an extra stop or two on your shopping trip, but the item you make will have the flavor balance that you’re trying to achieve.

The cuisine of Spain is rich and varied, and when it came to our hemisphere it blended with local traditions to create delightful hybrids. It’s worth the time to seek out both original and fusions to experience and get in tune with the evolving world of both Hispanic and Latino cuisine.