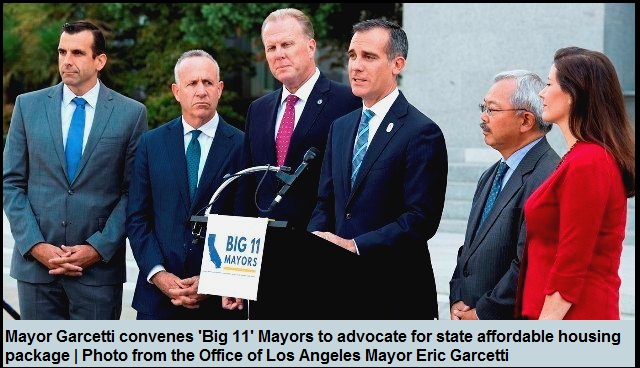 Building It Up – Tearing it Down

Two years ago, the City of Los Angeles woke up to the shocking realization that it had a homeless crisis after a young activist by the name of Elvis Summers started building tiny homes and giving them to homeless people.

The Los Angeles media blew this up and some people became enraged at giving “those people” shelter in anything other than sanctioned facilities — of which there was next to none. Out of this, San Pedro’s own anti-homeless reactionaries rose up, calling themselves “Saving San Pedro.” It was never quite clear as to what they were saving San Pedro from or for whom, but it definitely wasn’t about saving the homeless.

In stepped Los Angeles City Councilman Joe Buscaino to the rescue. His first act was a carefully orchestrated town hall meeting concerning homelessness — after he ignored the pleas and motions from the Central San Pedro Neighborhood Council. His second act was the formation of the Homeless Taskforce to which he appointed a select group of personal ass-kissers to study the problem.

It’s been more than 24 months and the taskforce has never released the promised report, while the latest homeless count shows an increase of 28 percent in this district of the city — 5 percent more than the average rate for the city of Los Angeles.

Meanwhile, along Beacon Street right outside the Art Deco U.S. Post Office, Bobby Nizich has his law office and the blight of the homeless persists.

On an almost daily basis, Nizich comments and documents his displeasure with the “urban campers” congregating along the historic Plaza Park just one block south of San Pedro City Hall and one block east from Buscaino’s exercise studio.

Nizich persistently emails pictures and comments to a very long list of friends, officials and media. It’s obvious to the lawyer that the councilman has taken notice and shows it with the occasional enforcement of Municipal Code 56.11 to chase out the homeless campers for sidewalk cleanup.

Comprised of handing out ticket violations and warrants, and taking away possessions and trash, the enforcement measures only result in chasing the homeless a few blocks in any direction. I’ve witnessed this a dozen times and the people just move back.

Two years ago when the city took homelessness seriously, the city council formed a homeless committee and move forward a series of motions to address the “crisis,” including the amending of Municipal Code 56.11 to shorten the 72-hour notice to 24 hours, putting a $1.2 billion bond for housing the homeless on the ballot, and charging a developer’s fee to help pay for affordable housing units.

Yet, of all the development projects brought forward, approved or planned in the San Pedro area of Council District 15, none has come with a low income or even an affordable housing component. This, of course, is odd since Buscaino is now arguing against Mayor Eric Garcetti’s development fee saying that the recent construction boom transforming the rest of L.A. has largely missed “this last affordable seaside of Los Angeles, despite its ocean views and proximity to the ports of Los Angeles and Long Beach.”

Two years ago, following the lead of other California cities, Garcetti proposed charging this fee on construction and using those funds to build affordable housing in Los Angeles. City officials say that the so-called linkage fee — a financing tool already in use in San Diego, San Francisco and Oakland — would raise $100 million a year.  That $100 million also just happens to be the amount Garcetti pledged to spend this past year to build homeless housing but didn’t. It appears that the $1.2 billion homeless bond is now not much more than a pot of money for developers who won’t necessarily address housing the homeless.

Then on the very day the U.S. Navy Fleet sailed into San Pedro Bay, Garcetti’s office announced that he will lead a coalition called the “Big 11 California Mayors” — a bipartisan group of mayors from the 11 biggest cities in the state — for a press conference to discuss the urgent need for more affordable housing across California in a bid to support bold, immediate action from Sacramento to address the statewide crisis.  The mayor continues to “show boat” on issues like homelessness and hiring veterans, without having specific legislation to alter the economic downward trend in many parts of the city. Has the economic recovery actually happened in East LA or Watts?

According to one of Nizich’s email pals,  John “the-godfather-of–the-bridge-to-breakwater promenade” Papadakis, “the powers at City Hall and at the port have turned this community into the only ‘seaside slum’ in California.”

Papadakis writes, “What meaningful jobs, economic prosperity, improvements in our quality of life or environment have these current leaders accomplished? In truth, it has all gone the other way; into the anomaly of a Cali-fornicate, a seaside slum. They have betrayed their every public promise for a ‘Worldwide Waterfront’ transformation and prosperity.”

It’s clearly not as bad as he alleges, nor has he seen the poverty evident near the port of Oakland. But he does have a point on jobs linked to economic prosperity. Buscaino has not accomplished much on that point.

Oddly enough, the underlying solution proposed by both Buscaino and his one- time allies is development toward gentrification first. This solution has only made matters worse elsewhere in L.A. and the whole state, by exacerbating both the housing and homeless crisis. Nothing will be solved until city leaders get their minds around the concept of shelter first for the homeless — be it secure parking areas where people can live in their cars, RV’s or vans. Another possiblity is setting up emergency shelters on vacant city- owned properties (there’s some 9,000 vacant city owned properties) where urban campers can have sanitation services and eventually help getting off the streets. If this were a disaster like hurricane Harvey, Red Cross centers would be opened up across the city with 40,000 cots and blankets paid for by FEMA within days. Los Angeles has allowed 40,000 people to live out on our streets for decades.

In the end, an array of temporary and semi-temporary solutions must happen to begin to put an end to our very troubling humanitarian crisis — our very own moral challenge. This crisis is  what’s stalling any development in the areas that most need affordable housing, permanent emergency shelters and humane treatment for our most desperate neighbors.

We as a city must address this most basic concern so that the great promise of being connected to the City of Los Angeles will bring the “transformation and prosperity” that Buscaino’s detractors are demanding.  In terms of affordable housing, we must aspire to the saying  “a rising tide lifts all boats.” This is something a seafaring town should understand.

Until that time, Buscaino will continue fighting the windmills down at city hall, like his battle over renaming Columbus Day. He will continue to fail at bringing any game-changing development to his district even as he promotes the spectacle of Fleet Week and Growler 6 bread and circuses to keep the people amused and distracted.

Real substantive change will not come from tearing down a historic bar on the supposed “Great Street” of Gaffey just to make way for another drive-thru Starbucks. The solution will come by careful land use planning, effective transportation plans, and historic preservation and adaptive reuse of the core waterfront arts district. These must be undertaken while we address the homeless issue.

Everyone knows that you can’t build a stable house on a weak foundation.  What is a city, but a extensive home? The weakest part of our home’s foundation is its homeless population. For what is a city but an edifice that encompasses many homes?

Curing the social ills of homelessness must precede all of the great plans for building a “world class waterfront” or doing any other “great street developments” in the 15th Council District.

Is this the city we wish to showcase to the entire world when the Olympics arrive in 2028?