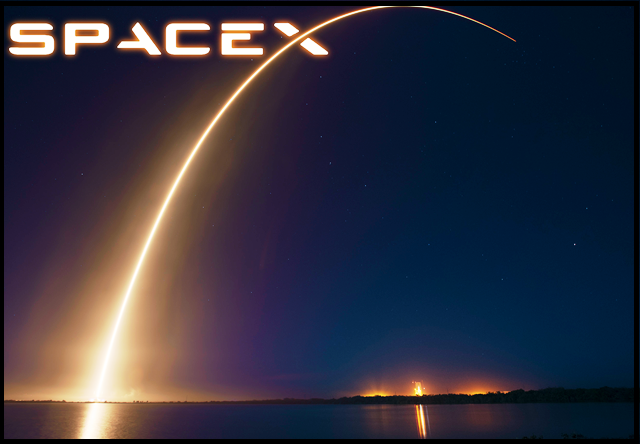 This past June, SpaceX successfully launched one of its rockets once again from a barge out of San Pedro and landed it on a barge that is now berthed on Miner Street, near AltaSea.

The partnership between the aerospace industry and the Port of Los Angeles has been lauded far and wide as a first step in spurring new tech development-driven employment in the Los Angeles Harbor Area.

A source revealed to Random Lengths News that SpaceX is now in secret negotiations with POLA on leasing the former Southwest Marine industrial shipyard site on Terminal Island, just across the main channel from Ports O’ Call Village.  This is within eye shot of where the Los Angeles Waterfront Alliance has a lease option to build a $100 million project. While Jerico Development — the local Los Angeles Waterfront Alliance partners — Eric and Alan Johnson have confirmed that they signed the lease for the Ports O’ Call site in March 2016, there is still some question as to whether their lease is just an option or a commitment to build.

Mike Galvin at the POLA explained that the lease agreement directs the port to prepare the site for the developer, and then there are certain things that the developers must do in return.

As yet, Jerico has not released any new details about the development or announced that it has an anchor tenant or the capital funding to move forward with the project.

POLA on the other hand, recently hosted a meeting with the tenants of the existing village and told them that they have until October of this year before they will be evicted, which will effectively close 15 small businesses and put as many as 200 employees out of work. This will happen even though the work to construct the new waterfront promenade will only take up 32 feet closest to the waterline and the original plan called for development to start at Berth 79, the current home of the San Pedro Fish Market.

Saved from the wrecking ball for the time being will be the San Pedro Fish Market and Ports O’ Call Restaurant, which will remain open pending the construction of new facilities if and when the “new development” gets built.  Currently, the Los Angeles Waterfront Alliance developers are reported to have offered the San Pedro Fish Market, which serves more than 1 million meals a year, only 25 percent of its current foot print in the new development.  Ports O’ Call restaurant is reportedly not in the first phase of construction.

Just down Miner Street from SpaceX, at Berth 53, the port has been showboating the Kaiser Point location to concert promoter, Live Nation, with the intention of getting them to produce one or more major concerts or festivals on the waterfront. This reportedly could attract as many as 25,000 people per event. This may happen as early as this fall but more likely would happen next year, if the logistics of Harbor Boulevard are worked out. This idea has Councilman Joe Buscaino’s fingerprints all over it as he has been pimping both the Warner Grand Theatre and the waterfront as “ideal locations” for his “LA Live on the Waterfront” promotional idea, which as of late seems to be going nowhere.

The good news is that Molina Medical is moving to 222 W. 6th Street and bringing with it some 400 new workers to downtown, the bad news is that Marymount California University is reportedly discussing moving out of that very same location and has placed the Klaus Center building up the street on the market.

The Klaus Center, you may recall, was donated to the college some years ago by Marylyn Ginsberg-Klaus to be used as a fine art facility to augment the downtown San Pedro Arts District.  Its sale will be yet another part of the failed promise of the revitalization effort of downtown San Pedro’s arts district under the leadership of Michael Brophy, the previous university president.

Brophy left Marymount to become the new president of Benedictine University in Illinois  two years ago. After helping Marymount become a four-year university, he also steered the college into investing more than  $1 million in a distant piece of  property in Lake County, Calif. It has been reported but not verified that Brophy has been involved in purchasing this very same property from Marymount.