Both Sides Miss the Point 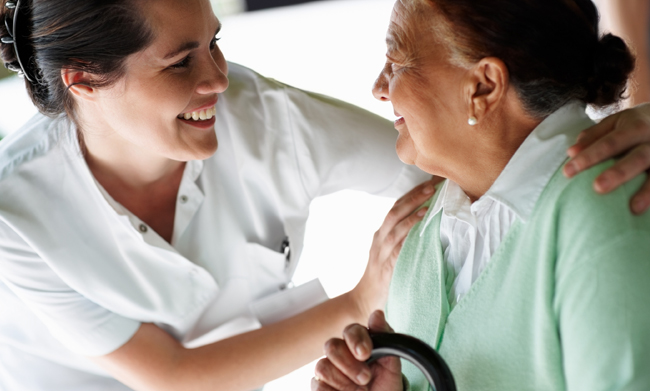 Both Sides Miss the Point

Far and wide, we’ve all heard the Republicans’ Obamacare complaints. They have consistently called it a failure and some kind of attack on the freedom to chose our own doctors.

Five years ago when the Affordable Care Act was signed into law, then Vice  President Joe Biden in an off-mic comment to President Barack Obama called it, “A big fucking deal.”

It took the Democrats some six decades to get a health care act through Congress.

Republican naysayers said people wouldn’t sign up for the Affordable Care Act, it would fail to meet enrollments and the economy would suffer from it. People wouldn’t pay their premiums.

They claimed the ACA wouldn’t reduce the uninsured rate and instead would lead to an overall loss in coverage. The Republicans said Americans would hate the coverage they received under Obamacare.

All of these claims have been proven false. The only claim that seems to have come true is that insurance rates did rise faster than expected. Indeed, this has proven to be the miscalculation by Obamacare’s critics — they even went so far as to claim the ACA would lead to higher deficits and a weaker fiscal footing for the nation.

Steven Benen said as much in his report on MSNBC this past March.

“One of the projections that never sat well for Republicans, who sometimes pretend to care about the deficit, was that ‘Obamacare’ would reduce the nation’s deficit by hundreds of billions of dollars in the coming years. The GOP assumed the nonpartisan budget analyses were wrong and proceeded to tell the country the law would make the deficit larger and ‘bankrupt’ the country. But according to the Congressional Budget Office, Republicans got this backwards, too. In fact, the overall price tag of the ACA is now smaller than previously projected.”

After demonizing the law for so long, the Republicans senators can’t agree whether to flat out repeal Obamacare and then replace it later, or repeal it and replace it immediately with something that they can’t even define.

Meanwhile, out here in California, U.S. Sen. Kamala Harris spoke  to a crowd of healthcare professionals and union workers at Harbor-UCLA Medical Center in Torrance recently and reframed the GOP leadership’s discussion of their plans for healthcare.

“It’s not like we left our healthcare on the bus, or at the club or in an Uber. This is not about losing something,” Harris said. “They’re trying to take our healthcare.”

In Sacramento, the nurses union rallied  support for SB 562, a bill that would establish a statewide single- payer plan. The bill is currently due to the fact that to date there’s no agreed upon means of funding it.

The problem with both sides of this debate is that Republicans and Democrats are arguing about insurance plans rather than the actual delivery of health care. The healthcare debate has become a symbolic battle between socialized medical insurance versus free market insurance with a side argument about taxes and who pays for it.  That there’s even Republicans trepidation over repealing all of the ACA and growing recognition that any new plan would need to subsidized by the federal government reflects that the insurance model of health care is proving to be far more complex than necessary. Remember, the ACA was modeled after Mitt Romney’s Republican state plan, not a universal plan.

If universal healthcare is ever deemed a “right” as President Franklin Roosevelt once argued, then the solution should look more like our universal education system.  Service districts could be set up like school districts with community clinics feeding into local hospitals that are connected to research hospitals.  And like our public schools, this would not eliminate the option for private doctors, clinics or hospitals. You would just pay more to use them.

So, rather than burdening businesses with yet another employee tax, the cost could  be picked up by a parcel tax on all property not unlike the one everyone pays now for school districts, college districts or flood control districts. And the beauty of this concept is that much of the infrastructure is already in place.

From the tax collection to the community clinics to the local doctors connected to the hospitals, the networks are mostly already in place. The only thing that would change is who gets billed.

The insurance middlemen would mostly be out of the picture as the state and/or counties would pay a flat rate based upon per capita sign up in their district. Everyone could get access to healthcare. The tax rate may have to be mediated between vacant parcels, farms and open space versus industrial and commercial uses where more people live or work. But the math on how to cover 39 million residents in California becomes much less complex than all of the fuzzy math and tax magic coming out of Washington, D.C. these days.

The costs to businesses could also be further defrayed by reducing or eliminating workers’ comp insurance, as it would no longer be necessary, Everyone would be covered 24 hours per day, and the only coverage a business owner would need is an umbrella liability policy. The downside to getting a plan like this passed in the legislature is that the insurance industry would scream bloody murder and the workers’ comp lawyers would cry foul. But these are two categories of the health industry that drive up costs but don’t actually deliver medical services. Business owners, large and small, would universally give up these in favor of a simpler direct access to health care.

In the end, simplifying access so that a patient can see a doctor regardless of pre-existing conditions  should end up being no more arduous than signing up a child for school. This is something we as a people know how to do. So let’s stop arguing over solving it the wrong way.