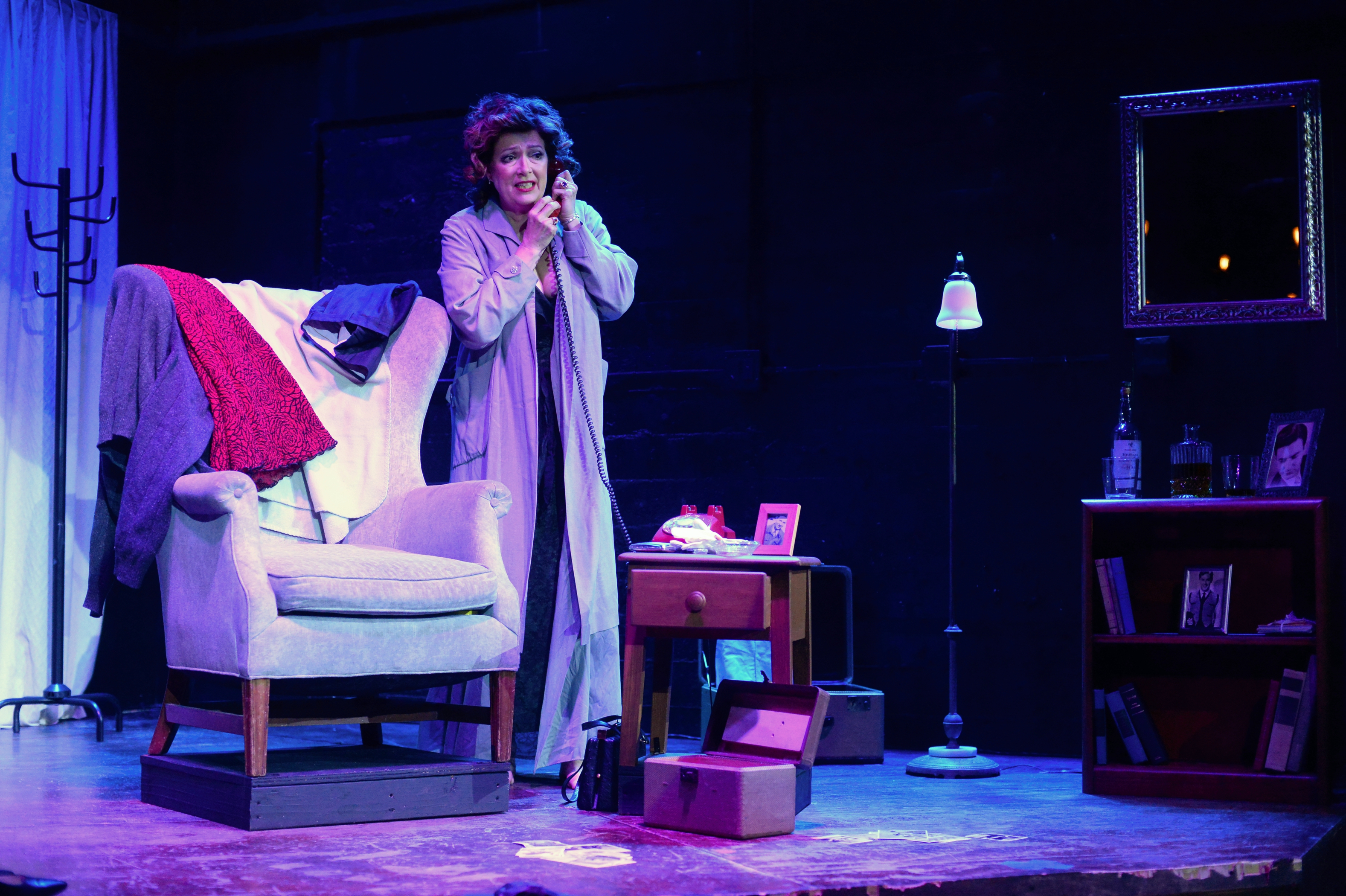 The human voice is a compelling means of connection, especially when it’s all you have left. That is the situation for Elle, the sole onstage character in La voix humaine, in relation to her cheri. Recently separated, he telephones her one last time to say goodbye and arrange the retrieval of his belongings. Her real-time side of the phone conversation is the sole scene in Francis Poulenc’s operatic adaptation of Jean Cocteau’s play of the same name.

Such a conceit runs the obvious risk of being terribly boring. And I’m not going to lie: there’s not a lot in Cocteau’s plot that inspires. The only twist (if you can call it that) is that Elle comes to realize that her cheri is now someone else’s. If La voix humaine is to work, it must be on the backs of the music and the performance.

Naturally, music is a matter of taste, and personally I can’t imagine anyone listening to La voix humaine at home on the stereo the way you might La bohème (although in the interest of full disclosure, you won’t hear that on my stereo, either). More than half of it probably qualifies as recitative—the necessary sin of the art form—and there isn’t an aria in earshot. In other words, the music probably doesn’t carry its fair share of the weight.

But there’s nothing not to like in the performance. Suzan Hanson, a Long Beach Opera mainstay, always manages to make opera singing look easy, and her combination of command and power manages to impress even when the material doesn’t. Even so, it’s her acting that keeps us engaged. Elle’s emotions run the gamut from forgetful reverie to abject misery when the reality of her situation comes back to her, emotions often arrested in midsentence due to the many losses of connection across the telephone line (a reasonably effective metaphor).

Despite playing the sole character, Hanson is not alone onstage but is accompanied by pianist Kristof Van Grysperre, another LBO regular—and with good reason. The jagged nature of Poulenc’s score relies upon a synchrony between vocals and piano, and here the two performers animate La voix humaine as one.

Before intermission attendees are treated to an undercard of short pieces by Poulenc, then by some Erik Satie, all delivered by some combination of piano, cello, viola, and Robin Buck, LBO’s vocal utility player. While the Poulenc pieces offer some highlights (particularly by violist Seulgee Park), it was Satie’s work, especially “Three Distinguished Waltzes of a Jaded Dandy” (with a title like that, it has to be fun, right?) that provide the evening’s greatest delight.

Along with a program that is likely to provide you with at least a couple of novel experiences, Long Beach Opera continues its tradition of site-specific performances by staging La voix humaine, et al., in the subterranean section of the Federal Bar, which for the purposes of this show stands in for a café or salon where—in my mind’s eye, at least—these works might have played in the early-20th-century Paris that birthed them. A light meal is included with the performance, along with the respectfully quiet clanking of silverware. Definitely not your run-of-the-mill night at the opera.