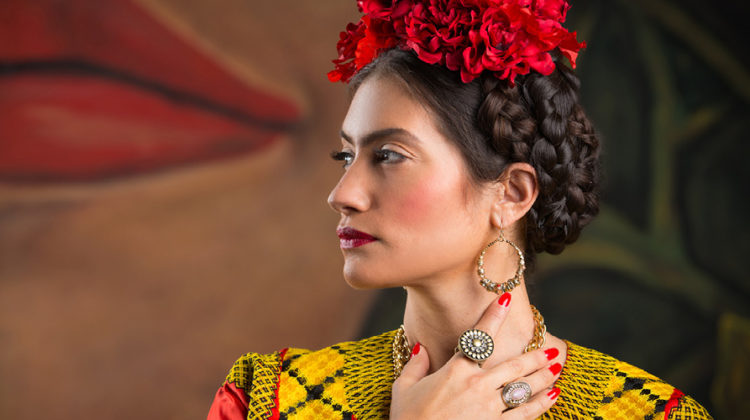 In the time of COVID-19, opera has been deemed inessential. Worse yet, given the large number of people required to mount most productions ― to say nothing of the audience ― it’s downright dangerous.

But because deprivation of art is a danger to the soul, the last thing Long Beach Opera wants to do is remain idle. Thus was born Artist Afternoons, a weekday series of live talk/variety shows where members of the extended Long Beach Opera family can not only continue to ply their trade ― for both themselves and for opera-lovers locked away from live performance ― but potentially expand the connection between opera and the outside world.

“I came up with the idea as a way to give some artists a chance to be creative and have some paid work during this time where so many are both out of work and feeling depleted creatively,” she says, “and also to bring joy and inspiration to [people. …] We pride ourselves at Long Beach Opera on creating the intimate connections between artists and audiences at our live performances. It is my belief that even though [right now] we are apart, we must continue to find ways to forge these connections, as they are essential to our humanity during times of crisis.”

The series began on Monday, May 4, with “Latin Heat,” hosted by fiery soprano Catalina Cuervo from her parents’ house Medellín, Columbia, where she was visiting when the lockdowns came. Confined away from her stateside home and husband, Cuervo spoke openly about her fear and depression at the onset of the pandemic, including over what it means for the opera world in the foreseeable future. Her own LBO debut, for example ― the lead role in Robert Xavier Rogríduez’s Frida, originally slated for late June ― has been cancelled.

“Every cancellation [that came] started breaking my heart,” she related, “and all of a sudden I found myself really struggling to sing. Not even a note would come out.” But she feels grateful for and reinvigorated by the Artist Afternoons opportunity. “This [show] might be something simple,” she said, “but to me it means everything because it gave me back my will to sing, to create, to make music.”

Her joy in song was obvious in her completely unaffected performances, which she performed to backing tracks (basically opera karaoke by a singer with the necessary chops). There was a drollness in the complete informality of her set-up (she noted this was something of a test run and subsequent episodes will be more polished), including a precious stretch during her closer (“Yo soy María” from Ástor Piazzolla’s tango opera María de Buenos Aires) where she self-consciously waited through an instrumental passage until the vocal came back around.

Baritone Andy Wilkowske, whose “Wilkowske or WON’Tkowske” fills the Tuesday slot, came out of the gate May 5 with a show programmed so thoroughly that it perfectly fit the current trend of late-night talk shows done by their hosts at home. A fairly seamless mixture of live and pre-recorded portions, segments included an interview with opera director Crystal Manich (with whom in a COVID-19less world he would be in Virginia working on a André Previn’s operatic adaptation of A Streetcar Named Desire), acoustic covers of The Smiths’ “Please Please Please Let Me Get What I Want” and Bruce Springsteen’s “Born to Run” (the latter with adorable cameos by his two children as they sporadically danced into frame from either side), 90 seconds of dad jokes (played to his expressionless, sunglasses-clad daughter), mixed drink of the day (a Boulevardier), and a tour of The Force-Star Hotel, an outdoor diorama composed of Star Wars figures and the logic of childhood.

Wednesday are being held down by “Covi Cabin Productions” with Suzan Hanson, a sensational soprano who’s appeared in over 30 LBO productions, while the Thursday slot belongs to “Cedric & Ash in the House,” featuring gregarious tenor Ashley Faatoalia and bass-baritone Cedric Berry, both of whom starred in LBO’s world premiere of The Central Park Five, which was recently awarded a Pulitzer Prize. Additionally, every other Friday will feature “LB…Oop,” featuring bass-baritone Darrell Acon ― also a Central Park Five star ― and soprano Joanna Ceja, who appeared in LBO’s original production of Frida in 2017.

Of the five shows that make up the programming of Artist Afternoons, Wilkowske’s is the one that will most appeal to people to whom opera is a completely foreign language (you might enjoy “Wilkowske or WON’Tkowske” even if you detest opera). But there’s isn’t a show in the bunch that doesn’t provide ease of access for the uninitiated, because each relies more on the personality of its host(s) than on the artform they love.

“[Aside from] the goal [of] bringing together artists who have a need and a desire to create with those people who have a need and desire to experience and be uplifted by creativity,” says Rivera, “it’s also an opportunity for patrons to see the many talents ― in addition to singing and performing ― that I know so many opera singers happen to be blessed with.”

The human heart can lose its way in isolation

But there is power in the simplest sound

Artist Afternoons is here to harness that power and to connect opera performers, opera lovers, and neophytes in new ways. Live streams can be viewed via Long Beach Opera’s Facebook page Monday through Thursday at 4 p.m. and every other Friday at 6 p.m.; and past shows are archived at Long Beach Opera Online. The series runs through June 24.