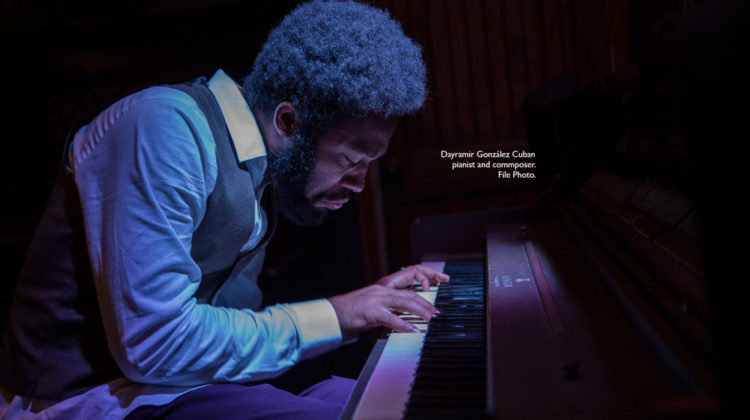 Award-winning Cuban pianist and composer, Dayramir González comes to Alva’s Showroom for a two-part concert July 29. The first concert will be a solo show, The Art of the Cuban Piano. It will be followed by, From Havana to San Pedro, Afro Cuban Jazz, for the second set, when González will be joined by his band, Habana Entrance.

González was born in the Havana neighborhood of Cerro, during what is referred to in Cuba as “the special period,” known as one of the toughest economic times in Cuba’s history. The island severely lacked many basic necessities, however, it never stopped support and promotion of musical education. González’s life centered on music and his father, Fabian González an Afro-Cuban jazz trumpet player was an inspiration in his musical development.

González began his professional career as a pianist and composer with former Irakere member, Oscar Valdes’ Afro-Cuban jazz ensemble Diákara at the age of 16. He went on to become Berklee College of Music’s first Cuban national “Presidential Scholarship” recipient to headline Carnegie Hall, representing the young generation of Afro-Cuban jazz.

The Grand Concourse, González’s latest album, is defined by the journey of a young artist from Havana, whose musical works shines a light on the gems of traditional Cuban sentiments, contemporary Afro-Cuban jazz and the vanguard sounds of New York City. González called The Grand Concourse an ambitious project that presents himself not only as a pianist or improviser, but also as a composer, arranger, orchestrator, and bandleader.

“When I first moved to New York, I made the South Bronx my home, and it’s where I created most of the songs included in this album. It was where I struggled to rise above the challenges that came with starting a new life in a city that could swallow me up in no time.”

“The Grand Concourse also has a meaning that inspires. It is the broad road that leads to new journeys. It is at the concourse where people connect in an open space and encounter the expected and unexpected.”

González will share his musical gifts around Los Angeles with back-to-back concerts this weekend. He will perform at the downtown Los Angeles venue, Grand Performances July 27 before his Sunday concerts at Alva’s.