No Clichés, Few Laughs in Lov... 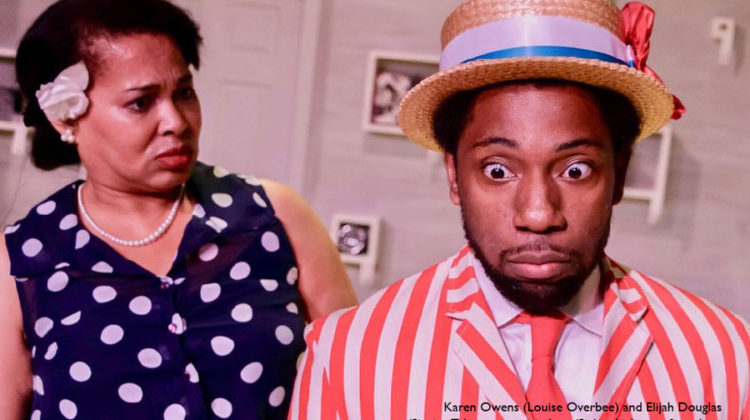 No Clichés, Few Laughs in Love/Sick

Love/Sick knows what it wants to be. By stringing together nine short plays employing SNL-style skit comedy whose punchlines boil down to the somber reality that the stars don’t always align even for seemingly perfectly matched couples, playwright John Cariani is trying create a night of amusement that won’t be forgotten the moment the audience heads for the exits.

Unfortunately, despite a cast that gives it their all, there’s not much of a takeaway from Love/Sick. The amusement factor may be more of a split decision. While I found little to laugh at, many of those around me were far more enthusiastic.

Of the nine short plays (playellas? playettes?), six are lite fare to which Cariani has tacked on final moments that are meant to get at something deeper, even foreboding. “Uh-Oh,” for example, concerns a young wife (Maria V. Oliveira) who has become bored after only 18 months of marriage and spices things up for a trice by pretending to have discovered from a magazine quiz that she is the sort of person who kills her mate when boredom sets in. To whatever degree her husband’s (Elijah Douglas) falling for her ruse is funny, the proceedings end with his sitting alone brooding on the implications for their future.

Another such piece is “The Singing Telegram,” also featuring Douglas, giving what may be the show’s funniest performance (including delivering what is far and away the best line of the entire show). Louise (Karen Owens) expects the singing telegram her boyfriend sent to be a marriage proposal. It’s anything but, bringing a scene of silliness (her misunderstanding, Douglas’s delivery of the telegram itself) to a somber close.

The problem with such pieces is that Cariani expects too much from the formula. Because the scenes are so lite (and so brief), we’re not really invested in the characters. So, while we may see what we’re supposed to feel at each pithy conclusion, it’s not the same as actually feeling it.

The last three pieces, while not completely breaking with the formula, are the heaviest, and on their own the first two may be Love/Sick’s weakest. Despite a couple of silly lines, “Forgot” is little more than a woman’s (Holland Renton) distressed birthday realization that she has reached the age at which her younger self planned to have a baby, and that her husband (John Phelan) like it that way. The intentionally humorless, “Where Was I?,” concerns a lesbian couple (Oliveira and Elspheth Carden) confronting the fact that in the process of building a family, each may have sublimated her individuality to the degree that they have lost each other romantically.

But this darker pair serves as an apt set-up for the finale, “Destiny,” where a long-divorced and since-remarried couple (Renton and William Jaramillo) discover during a chance supermarket meeting that both are once again single. Not much is funny here, either, but Cariani neatly incorporates the themes of all previous eight pieces into a meditation on the not-so-storybook realities of couplehood, asking, “How come when two people meet and fall in love and it doesn’t work out they don’t call it destiny?” Rather than fulfilling the Hollywood dictates of how such a chance reunion should end, they part ways, presumably for the rest of their perhaps lonely lives. Whatever shortcomings there may be in Love/Sick’s script, cliché is not one of them.

The production itself is another area where shortcoming is not an issue—although, frankly, there simply isn’t much to the production. Sound and lighting cues are minimal (as per the script), costumes are straightforward (which is fine), and the set is as simple as can be (putting aside a concept seemingly tied to Cariani’s useless convention of tying some of the pieces to a Walmart-ish “supercenter”). What’s left are the performances, which are solid across the board, fittingly slapstick when necessary and mostly avoiding the kind of excessive emoting that might have been applied to the heavier moments.

Contrary to its designs, Love/Sick is not going to make much of an impression on you. However, if you want some romantic comedy that does not fall into the cliché vat from which the vast majority of romantic comedy is formed, you could do a lot worse. For me, the problem here is that Cariani didn’t bring the funny. But to whatever degree laughter can be relied upon as a barometer of internal experience, at least half the opening-night audience disagrees with me.